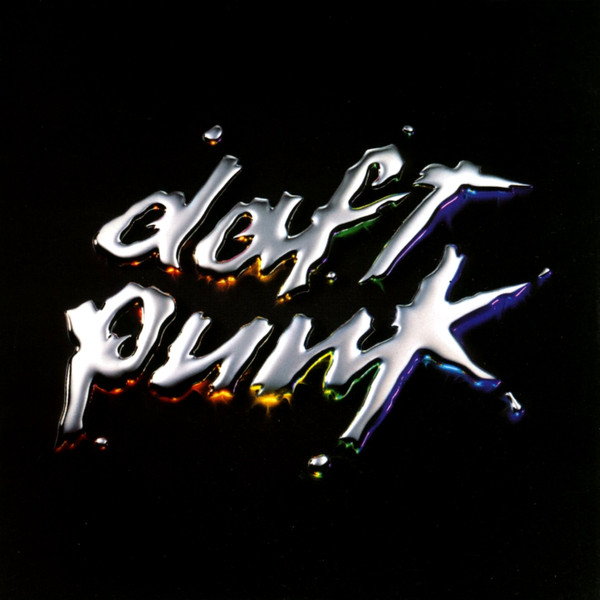 When Daft Punk recently announced their split, after nearly three decades together yet having maintained total radio silence for over seven years, it was a reminder not only about the French duo’s contributions to the wider field of popular music but also a lesson in the value we place upon art itself. From their inception as Darlin’ in the early Nineties, Thomas Bangalter and Guy-Manuel de Homem-Christo never worked at a particularly prodigious rate – four studio albums and two tours in 28 years speaks for itself – yet they have consistently been one of the most critically praised and, belatedly, biggest-selling artists in the Western world. Discovery, the group’s second studio album and released in early 2001, represents the foundation of their legacy and popularity.

With their supremely confident debut album Homework, Bangalter and de Homem-Christo had held their nerve in the face of major label pressure (particularly after they’d had the brass neck to insist upon a structuring of royalty rights that hugely, uniquely favoured them) to deliver a seminal house album. Originally intended to be a series of 12” singles, Daft Punk had accidentally amassed such a brilliant arsenal of dancefloor mammoths that they were too good not to release as an album. Sophisticated yet primal, Homework was the pure, distilled essence of the club, and one that could appeal across tribes of fans.

What they did with their second album Discovery was to effectively invert their own formula. Instead of making dance music appeal to the indie kids, Bangalter and de Homem-Christo took aspects of the disco and pop music of their shared childhood experiences from the mid-Seventies to mid-Eighties and reformulated them into a contemporary aesthetic of electronic pop and house. “Homework was a way to say to the rock kids, like, ‘Electronic music is cool’,” Bangalter told GQ many years later. “Discovery was the opposite, of saying to the electronic kids, ‘Rock is cool, you know? You can like that.’” They wanted to reflect a reverted state of childlike innocence, of that time that you can never recapture when you listen to music without critical filters or prejudice. Discovery is a fantasia in which ‘70s bubblegum pop and AOR, as well as mid-‘80s MTV-based pop, were reimagined as the coolest pop music eras in history.

To that end, Daft Punk got even more creative with sampling than they had before. On Discovery, not only did they deploy samples but they wrote and performed additional parts around those samples to augment them, to make them a more organic part of an immersive sound. In doing so, Bangalter and de Homem-Christo took all the classic guilty-pleasure points of those genres and assembled them into context-free delights.

Cashing in their impeccable credibility post-Homework to rehabilitate a bracket of music that had been regarded as cheesy and unfashionable for decades was a bold and quite risky move. It’s worth remembering that the initial reviews for Discovery were pretty lukewarm, and many fans criticised Daft Punk for betraying their roots by aiming at such commercial sounds – perhaps a feeling carried over from Bangalter’s side-project foray as Stardust with ‘Music Sounds Better With You’ in 1998. But a receptive audience was there, and one much larger than the switched-on club crowd that had so revered Homework.

Importantly, Discovery also coincided with Daft Punk’s overhaul of their image, the first time we saw them as the robots that remained their public-facing personae, a few superficial updates aside, until their retirement two decades later. Bangalter and de Homem-Christo had always maintained anonymity in public, a nod to house music’s origins as a fundamentally ‘anti-star’ and democratic form of music but also a more thorough working through of the same concepts that Kraftwerk had explored. To flesh out the idea even further, they asked Japanese anime creator Leiji Matsumoto to create an animated film that could run alongside Discovery and make sense as it played, as well as provide something that could be cut up for the purposes of stand-alone music videos for the album’s singles. Concerning a humanoid-esque alien race who are abducted and forced to serve an evil master in the entertainment industry, Interstella 5555: The 5tory Of The 5ecret 5tar 5ystem was a curiosity at best, but a conceptual masterstroke in terms of the how the music industry started thinking about promotion.

However, it was the ideal accompaniment to what was no more and no less than the party album of the decade. While the comparative absence of the pure Chicago house-inspired sound of Homework felt like a significant shift at first, the exploration of the disco and synth-pop of their youth felt like the most natural thing in the world. As an entry point into the universe of Daft Punk, Discovery is perfect. From the opening moments of ‘One More Time’, with the twinkling, filtered synthetic horns and the drop of the compressed house beat after Romanthony’s vocoderised cry of “One more time!”, the dominant emotion of Discovery is one of unrestrained ecstasy. The lyrics double up as its parent album’s manifesto: “music’s got me feeling so free / we’re gonna celebrate”. Bangalter and de Homem-Christo have the listener instantly enveloped, and they maintain that cocoon of heightened reality for the album’s entire hour-long running time.

While ‘One More Time’ served as an almost dictionary definition of the French, filtered-disco house craze of the early Noughties – something that Daft Punk had themselves engendered with early hits ‘Da Funk’ and ‘Around The World’ – most of the rest of Discovery was a melting pot that pointed a way to the future. Electronic ballads, soft rock, electro and house all inform the ever-shifting template, from the ambient interlude ‘Nightvision’ to the faux-metal, Van Halen-style guitars of ‘Aerodynamic’. One of the most recognised pieces of music of the decade came in the shape of the joyous ‘Harder, Better, Faster, Stronger’, memorably repurposed by Kanye West in 2007 for his global mega-hit ‘Stronger’.

‘Crescendolls’, ‘High Life’ and ‘Superheroes’ discover massive energy from what are essentially seconds-long loops, a formula which would be headachy and anodyne in most hands but absolutely transcendent in theirs, aided by bright, crystal clear production. Amid the joyous house workouts, there were moments of chill-out bliss like ‘Something About Us’ and ‘Veridis Quo’, or the sighing, sentimental beauty of ‘Digital Love’. Daft Punk recognised that burnout is a risk in a record of such glorious energy peaks, and are careful to let the listener mentally recover and build up to the next high. Discovery ends with the electro-R&B epic ‘Too Long’, a ten-minute voyage essentially divided in two parts, beginning in deep, sensual house and ending in that constantly, relentlessly peaking riff.

Absolutely everything about how Discovery was recorded, produced, presented and promoted was not only inspired, but also the product of immense care and love. Thomas Bangalter and Guy-Manuel de Homem-Christo demonstrated an innate understanding of one of pop music’s eternal truths – that image and artifice can be just as crucial to the consumption and enjoyment of music as its substance.

Five years later, when Daft Punk unveiled their now-iconic ‘Pyramid Of Light’ stage show and subsequent world tour, they pulled off the masterstroke of re-imagining the songs from Discovery as part of an audio-visual overload, documented in the mind-blowing Alive 2007 live album. While the primary effect was to restore Daft Punk to unquestioned greatness after the headachy deconstruction of 2005’s disappointing Human After All album, it also forced some fans who had initially felt betrayed by Discovery re-evaluate the album in a more positive light. In 2021, two decades after its release and the same year that its creators decided to draw a line under Daft Punk, Discovery stands up as one of the most joyous, influential and enduring releases in modern pop. Almost everything about the Daft Punk mythos stems from it.

Listen to Discovery by Daft Punk here via Spotify, and tell us what you think below!