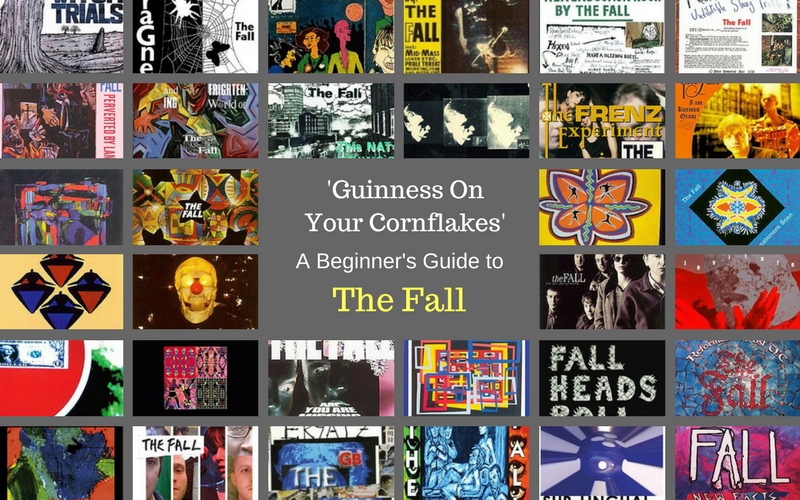 A sprawling jungle / house / breakbeat experiment that was much better than it had any right to be, Levitate is sadly out of print due to the record label it was released on going bankrupt. One of the strangest iterations of this shapeshifting band, it is, again, for the hard-bitten only.

Often maligned by fans and a commercial disappointment after the comparative success of The Infotainment Scan, this album contains several synth-infused punk gems amidst its general chaos, and is a decent snapshot of mid-’90s Fall.

The first of the albums recorded by the group’s final line-up, IWS is typical modern-era Fall. It contains several slices of gritty garage rock, in addition to an enthralling 12-minute piece entitled ’50 Year Old Man’, Smith’s musings on getting old. The start of a long period of stability for Smith and his band.

The Fall’s very first album is fairly standard post-punk, bolstered by a distinctive keyboard ‘pinging’ noise. Many of the ingredients that would make them so special are present, albeit in embryonic form.

Though it is nominally a soundtrack to a ballet loosely about the accession of William of Orange to the English throne (typically bizarre), this is a solid, melodic effort despite being difficult and long-winded at times.

By far and away The Fall’s most mainstream moment, The Infotainment Scan is their only album to chart in the UK Top Ten. Though it’s very accessible and a useful starting point, and features an eclectic choice of cover versions (‘I’m Going To Spain’ to ‘Lost In Music’) it’s not truly representative of what makes The Fall unique.

Hampered by its murky production that sounds like it was recorded in a shed, Dragnet is a big step forward from their debut earlier in 1979, with more ambitious song structures. A great example of angular art-punk.

Another mini-LP, Slates is brief but critical in mapping The Fall’s development, sitting as it does between two ‘eras’ (‘early’ and ‘classic’ as many fans think). Thoroughly enjoyable and rather accessible.

YFOC arrived over two years after its predecessor, a comparatively long time for The Fall. But it was worth the wait – Smith is in defiant form, and the band sound lean, razor sharp and menacing. Clinching proof that you can never write them off!

After an up-and-down Nineties, The Fall’s first effort of the new millennium was a minor masterpiece. Full of variety, both in moods and musical styles, The Unutterable requires effort but is one of their most rewarding LPs.