REVIEW: Yo La Tengo – ‘There’s A Riot Going On’ (Matador) 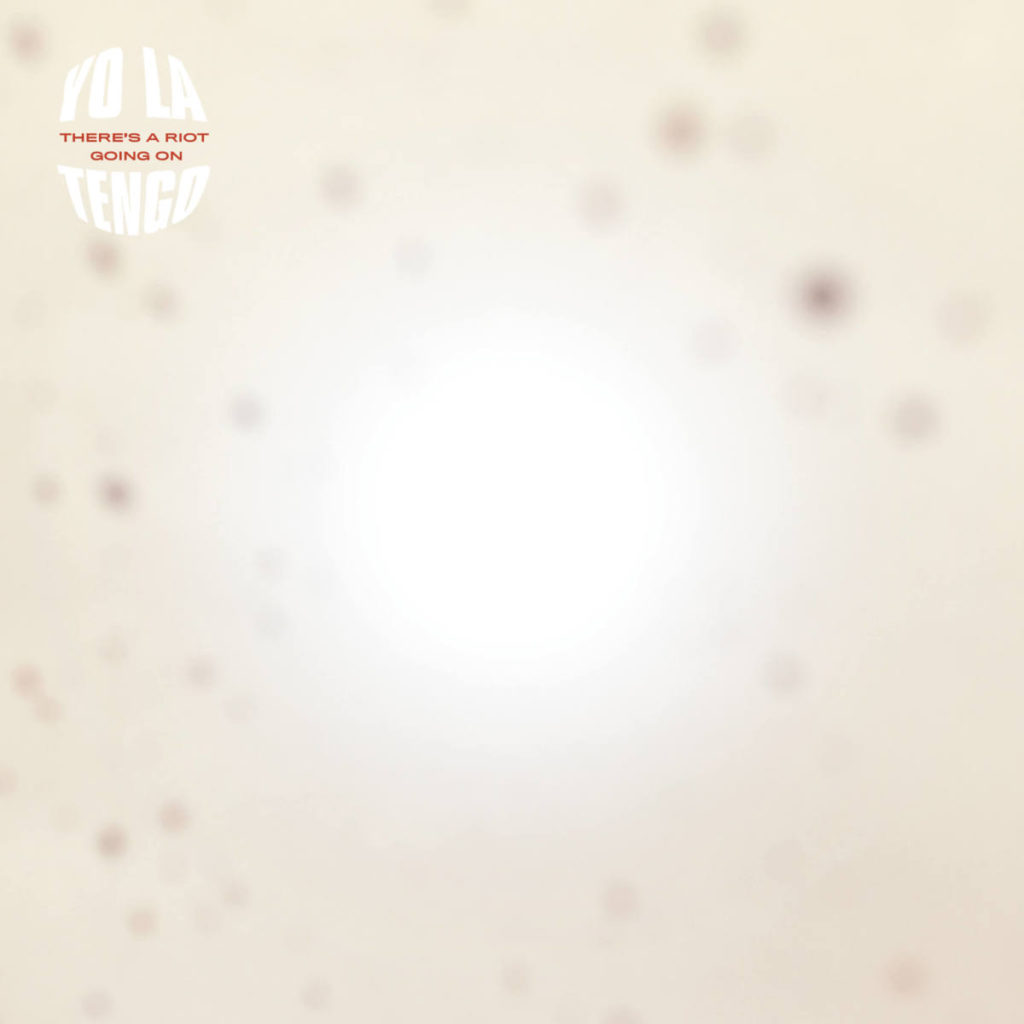 Yo La Tengo’s 15th studio album might not make you want to man the barricades, like the classic Sly Stone album with which it shares a name, but it could lead to personal enlightenment and comfort.

Co-opting the name of Sly & Family Stone’s charged state-of-the-nation address There’s A Riot Goin’ On is a pretty bold move for anyone, and doubly so for the usually apolitical Yo La Tengo. But then again, polarising and unsettled times often call for political engagement, particularly as the western world is rapidly going to shit in 2018. However, instead of a sharp-tongued, guns-blazing treatise that such a title implies, Ira Kaplan, Georgia Hubley and James McNew’s response to the turmoil of the outside world on their 15th studio album is seemingly to turn their backs on it, to venture inwards – not just to appreciate personal comforts and shield loved ones from harm – and it makes for an unusual moment in their vast and treasured discography.

Even its first impressions show There’s A Riot Going On to be a bit of an outlier in Yo La Tengo’s discography. At over an hour in length, its structure harks back their Nineties golden age and suggests that they may be returning to their meandering wig-outs, but its muted, cocoon-like ambience of dreamy indie-rock is more redolent of albums like 2013’s Fade or 2003’s Summer Sun. Despite being recorded in bursts over the space of a whole year, and without the guiding hand of any producer, There’s A Riot Going On is a remarkably consistent record, and contains a healthy number of individual highlights that show them at their very best.

Yo La Tengo’s often seemingly studied intensity is now more nebulous. Productions are quiet and sparse, gradually unspooling over the course of 5+ minutes or, in many cases, going on a journey, taking a side path, and coming back to the starting point. Case in point – the opening track ‘You Are Here’, a shuffling and meandering instrumental in which nothing much happens, but also in which nothing much happens beautifully.

This a recurring feeling throughout There’s A Riot Going On: the murky yet warm ‘She May, She Might’; the heavenly ‘For You Too’; the peaceful, almost anaesthetised dreamscapes of ‘Shortwave’ are all excellent explorations of the same sounds and emotions. Bassist James McNew takes the microphone for the languorous and aimless ‘Dream Dream Away’, and ‘Forever’ sounds like it’s been recorded at the very apex of emotional exhaustion. Only ‘Above The Sound’, which totally fails to establish any centre of gravity, is unsuccessful in this respect. It’s the success rate of tracks like this that makes you realise what a rare skill Yo La Tengo possess that you just want to stay in the presence of such warm, wonderful music.

Elsewhere, the minimalist ‘Shades Of Blue’, murmured gently by Georgia Hubley, is a cross between the innocence of early Beatles and the harmonic beauty of doo-wop, as she sings “painted my room to reflect my mood”. ‘Let’s Do It Wrong’ sounds like some kind of alternative lullaby. Both, do not noticeably disturb the overall mood and texture of the album – only the chirpy interlude of ‘Esportes Casual’ really sticks out from the album’s 63 minutes.

So, while precisely nobody is going to be spurred on to take to the streets and man the barricades by There’s A Riot Going On, its often radiant beauty does have the power to quietly affect a personal change of outlook: appreciate and defend what you do have. It’s also a worthy addition to Yo La Tengo’s prestigious discography, and one that often hints at a rediscovery of the form that produced their very best work of the mid-to-late Nineties. (7/10) (Ed Biggs)

Listen to There’s A Riot Going On by Yo La Tengo here via Spotify, and tell us what you think below!