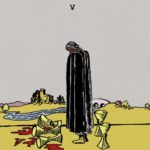 The impressive ascent of Wavves to major label status hasn’t sat particularly well with the group’s lead singer Nathan Williams. Their fourth album Afraid Of Heights, released in 2013, was a more expansive take on Wavves’ lo-fi, scuzzy aesthetics, but didn’t particularly satisfy anybody. Following which, Williams hooked up with Dylan Baldi’s post-hardcore-punk outfit Cloud Nothings for No Life For Me for some riotous, minimalist catharsis just a few months back, and then he uploaded ‘Way Too Much’, the lead single from Wavves’ fifth album V, without Warners’ permission, who promptly forced him to take it down. Williams reacted rancorously to this, tweeting: “It’s so obnoxious to work tirelessly on something and then have a bunch of ppl who just see me as a money sign go and fuck it all up.”

So, imagine that Williams and his band then went on a drinking bender out of frustration at this situation (Wavves actually do drink prodigiously, by all accounts), and then woke up the next morning with the mother of all hangovers. That’s pretty much what V sounds like – a bleary-eyed afternoon of headache and self-loathing spent on a sofa. Consisting of 11 tracks of compressed, boxy slacker-punk spanning just over half an hour, it sounds like Blink-182 in a really bad mood. Album highlight ‘My Head Hurts’ sees Williams elongate the last syllables of each line in classic early ‘90s American rock style (“my head hurts / and without you it’s worse”). ‘All The Same’ and the aforementioned ‘Way Too Much’ are similarly fun, trashy and melodic.

As it wears on, V becomes more malevolent without losing the throwaway punk-pop aesthetic. ‘Flamezesz’ and ‘Redlead’ are punky, brash moments, and ‘Pony’ is an example of Wavves operating at their scabrous, snot-nosed best. Closer ‘Cry Baby’ is a little bit softer-edged but still features some larynx-shredding vocals by Williams. There’s very little on here that you can imagine Warners being bowled over by, a complete denial of whatever commercial opportunities they saw in Wavves when they snapped them up. The group may have retreated back to first principles in order to reclaim their identity, but it’s a solid, if unspectacular and somewhat brief, collection of nihilistic nuggets. (6/10)