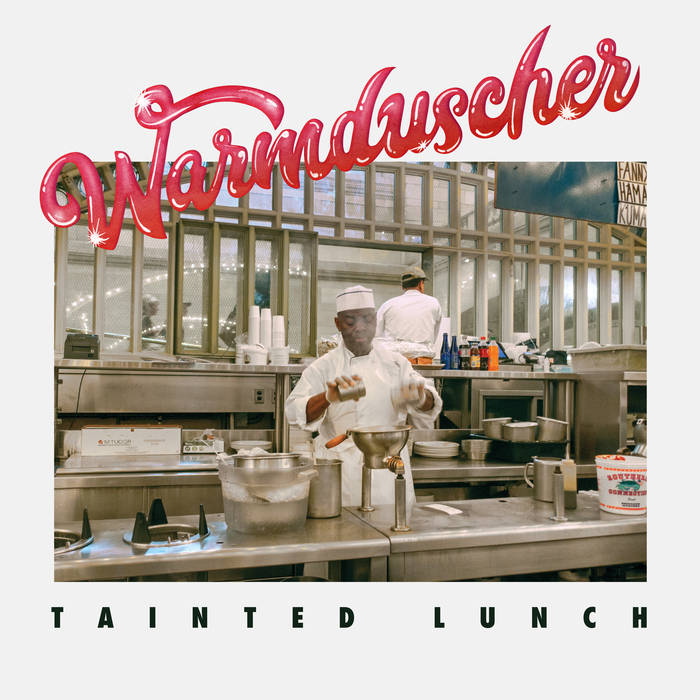 Warmduscher’s rather striking third studio album Tainted Lunch, begins at it means to go on: weirdly. Its opening track, ‘Rules Of The Game’, is less of a song and more of a monologue that leaves you feeling like Iggy Pop is breathing down your neck.

After a slight wobble with the inconsequential title track, Tainted Lunch kicks off properly with ‘Midnight Dipper’, an entertainingly depraved tale of sex and drugs and, to say the least, it is damn wonderful. It’s almost painful to admit how catchy this track is. It makes you feel dirty and you love it. Next, we have the excellent ‘Disco Peanuts’, which, accompanied by its nightmarish stop-motion music video, puts you into some void of surrealism. No up, no down, just ‘Disco Peanuts’ on a loop forever.

Little drug-addled elves in your head jumping on your brain and screaming down your ear canal is the most accurate description for ‘Fill It, Don’t Spill It’, followed by a bizarre guest spot for hip-hop legend Kool Keith on ‘Burner’. These kind of strange juxtapositions, of giddy highs with entertaining messes that don’t quite hit their targets, is the essential Warmduscher experience – it’s obviously imperfect, but compelling nonetheless.

‘The Chimp’ is the next stop on this crazy train, a track that’s essentially just noise – big, weird and terrifying, coming at you like a shark with knees. The glorious nonsense of ‘Grape Face’ and its repetitive bass hook will burn itself into your brain for all of time. These two dizzying tracks are punctuated by a breather in the shape of ‘Precious Thing’, easily the tamest moment on Tainted Lunch. ‘Dream Lotion’ at some points sounds like something that was cut from ‘The Mighty Boosh’, it sounds like the inside of Noel Fielding’s head.

Tainted Lunch is a ridiculous album that has no business being as good as it is. Gritty, dirty funk that is most definitely tainted. Warmduscher take you down the rabbit hole and leave you feeling that you might never get back out. (7/10) (Rebecca Corbett)

Listen to Tainted Lunch by Warmduscher here via Spotify, and tell us what you think below!