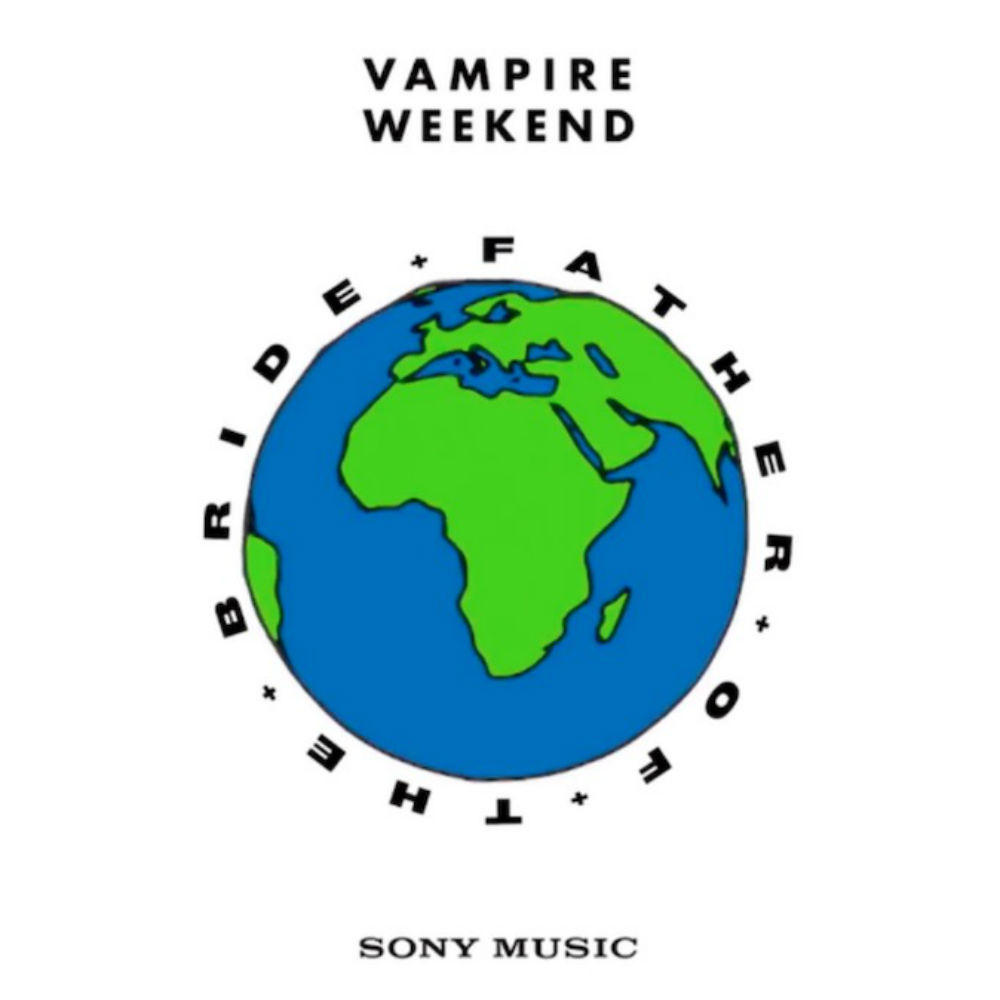 Long but exceptionally fresh, bright and upbeat, Vampire Weekend return after a six-year hiatus with double album ‘Father Of The Bride’.

It may usually be an abysmal idea to make a double album, but the Columbia University-raised, brazen indie darlings Vampire Weekend are back with an exceptionally long, exceptionally lush fourth album Father Of The Bride. With artwork inspired by ‘90s environmentalism and childish playfulness, it’s a challenge to one’s attention span and to an indie world married to the romantic idea of nostalgia and sadness as a sign of worthiness and validity. The bright, content Father Of The Bride confidently strides as the eventual successor to the moody Modern Vampires Of The City, feted by many as the best by Ezra Koenig and co. on release pretty much exactly six years ago. Happily, it shimmies with joy and ponders contentment, the possible simplicity of romance, cultural diffusion and rebirth.

After six years of shapeshifting and losing their centre of musical compositions – producer, keyboardist and multi-instrumentalist Rostam Batmanglij – Vampire Weekend bring forward their longest record to date. Spanning 58 minutes and 18 tracks, Father Of The Bride is an album that feels communal not only because of its universal themes and discussed sense of belonging, but because of the long list of notable collaborations. Danielle Haim joins Koenig on country-tinged trio tracks ‘Hold You Now’, ‘Married In A Gold Rush’, ‘We Belong Together’ in corny yet endearing fashion, as the two harmonise, bringing back old-school female and male duets.

The Internet’s Steve Lacy offers his expert guitar noodlings (no other way to put it) and deadpan “I think I take myself too serious / It’s not that serious” at the start of ‘Stranger’, and the duo’s musical interplay shines on two of the most notable and stylistically interesting tracks. ‘Sunflower’, a surefire single that caused most hype about the upcoming release, and ‘Flower Moon’, mixing grooves and rhythms of Brazilian jazz and other obscure, globe-spanning musical references – a realm Vampire Weekend have long been comfortable in. The excitement and smiles all across the album can be fun and dandy, yet an old fan’s heart still bends towards the more nostalgic, more ‘old school’ tracks like the crackling ‘My Mistake’ and the melodically infectious ‘Unbearably White’.

One’s happiness is quite a distinctly flavoured thing, and the expansive saccharine joyfulness of Vampire Weekend on Father Of The Bride might not be everyone’s cup of tea. It still houses the signature intellectual references of the band’s past, and Koenig’s poeticisms in the lyrics are more than welcome as the songwriting talent of the band’s frontman is undeniably notable, yet its length and eclecticism might be the thing that stops Father Of The Bride frombecoming a mainstream classic. Matured over more than half a decade, the fourth member of the Vampire Weekend record family will most likely be a grower, and the real cultural impact it shall have on the current indie scene can be outlined only with plenty of time and distance at hand, as now the anticipation for it to outshine Modern Vampires Of The City is a bit too strong. (7/10) (Aiste Samuchovaite)

Listen to Father Of The Bride by Vampire Weekend here via Spotify, and tell us what you think below!