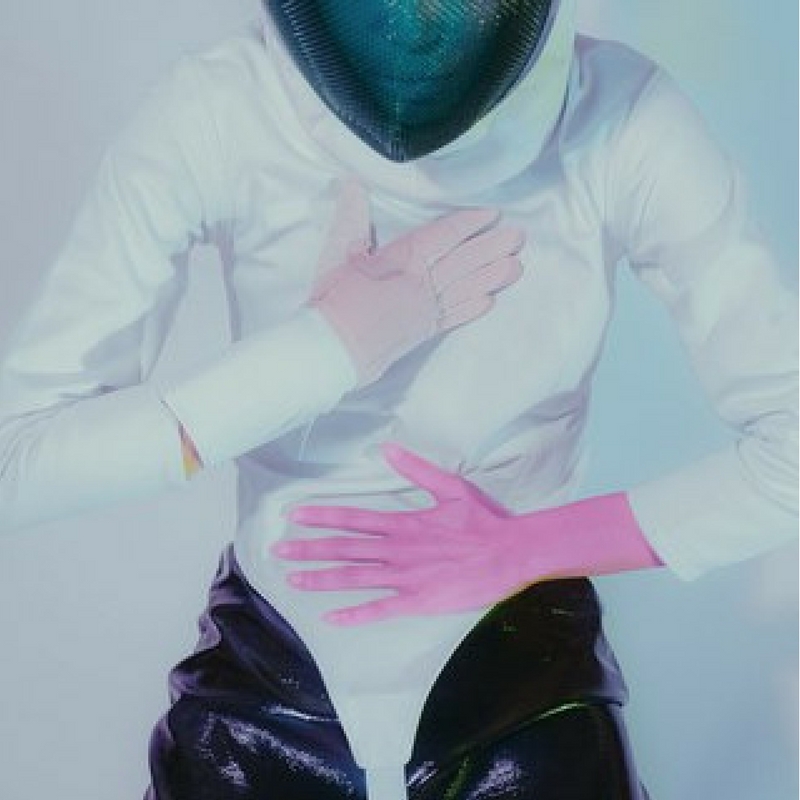 Unknown Mortal Orchestra has re-emerged from Ruban Nielson’s basement and from the bizarre relationship drama of 2015’s Multi-Love, and stretched its playground wider than the singular plot of land that housed it all. Sex & Food is the result of the project’s charmingly awkward frontman and songwriter realising the perks of the hermetic creative lifestyle, packing up his minimal recording set-up, and recording the album in places like his homeland of New Zealand, Vietnam, and even near the Korean Demilitarized Zone. While this doesn’t result in a different mixture of sounds or any non-Western musical influences that aren’t typical of the band’s output thus far, it does provide some reasonably insightful observations on the current state of society, as well as a sense of Nielson letting himself off the leash, if only a little bit.

Nowhere is this sense of freedom clearer than on the lead single for the album ‘American Guilt’. Through heavily distorted guitar riffs that double as whole structural parts of the song, Nielson is clearly channelling his inner Hendrix, whom he has continuously cited as a major influence. The production, as on every other UMO release before, is a highlight and an overt foreground part of the project’s aesthetic, though decidedly less lo-fi than before. Nielson’s similarly distorted and filtered vocals seamlessly blend in to the lashing out instrumental, and provide another intense, rich layer, exploring the increasing paranoia over government surveillance.

It’s an especially good pick as a stand-out single, considering the project’s usual tendency of sounding more relaxing. In a recent interview with Fader, Nielson said of his intent when writing ‘American Guilt’: “I feel like everyone finally put rock in the ground. So now, it’s obvious, it’s part of my personality — that would be the thing that I want to do right now, to try to make an actual rock song, and have it work, to make something that isn’t speaking to these old rock dudes talking shit on rap.” It’s an interesting approach and it speaks of Nielson’s clearly learned and contextual approach to his songwriting.

Nielson’s background knowledge and channelling of past influences have always been a large part of Unknown Mortal Orchestra’s sound. Despite having minimal set-up and more often than not settling on the basic band set-up of drums, bass, guitar, vocals, and the very occasional synthesizer, he’s always pulled from classic sources like ‘60s psychedelia and ‘70s funk and disco. He knows his stuff, and you can clearly tell that he feels why those songs were and still are classics, going deeper than just pulling the surface aesthetic elements and incorporating an acute sense of rhythm and groove, instrumental parts weaving in and out, the songs still providing something new for the listener even through multiple listens.

This quality of Nielson’s songwriting is still present throughout Sex & Food. Even on songs that aren’t quite as in your face as the lead single. On the excellent ‘Ministry Of Alienation’, for example, the guitars filter in and out of the foreground, with Nielson’s vocals sounding calm yet apathetic, distant, as he sings of handing in his resignation at the ministry of alienation, before the song, to slight disappointment, stopping abruptly at what seemingly could have been a wonderfully unhinged sax solo. The following ‘Hunnybee’, titled after the middle-name of Nielson’s daughter for whom it’s written, is another highlight. Disco-tinged, bass-led, with a string section softly accenting the groove. Though the supposed advice Nielson is trying to pass down is a little difficult to discern, it showcases Nielson’s songwriting versatility. Rhye wishes in the distance.

The problems with the album start to emerge as you enter the second half of the record. Upon the third or so time of trying to intently listen through to every song, a realisation hits that while there are no necessarily bad songs on the album, some of the songs start to blend in to one another and, simultaneously, slip completely away from focus. This might be attributed to the fact that Nielson seems distinctly self-aware about writing songs meant to relax to, or something to put on in your living room, rather than call-to-arms manifestos or dancefloor jams. But these are also instances in which the still somewhat lo-fi aesthetic of the recording becomes a hindrance rather than an interesting sonic choice. The best examples of this being ‘This Doomsday’ and the following ‘How Many Zeros’, after which forcing your attention back to the interesting synthesizer and vocal melody interplay of ‘Not In Love We’re Just High’ is somewhat arduous.

In the end, Sex & Food manages to fit in neatly with Unknown Mortal Orchestra’s discography so far. It showcases just enough progressive material to warrant existing, while also displaying the same songwriting craftsmanship that propelled the band into the rock mainstream to begin with. Highlights like ‘American Guilt’, ‘Ministry Of Alienation’, and ‘Hunnybee’ outshine the slightly less memorable tracks on the second half of the record, and even when the album slips into background listening, it’s some of the most well-crafted background music out there. (8/10) (Ellie Wolf)

Listen to Sex & Food by Unknown Mortal Orchestra here via Spotify, and tell us what you think below!