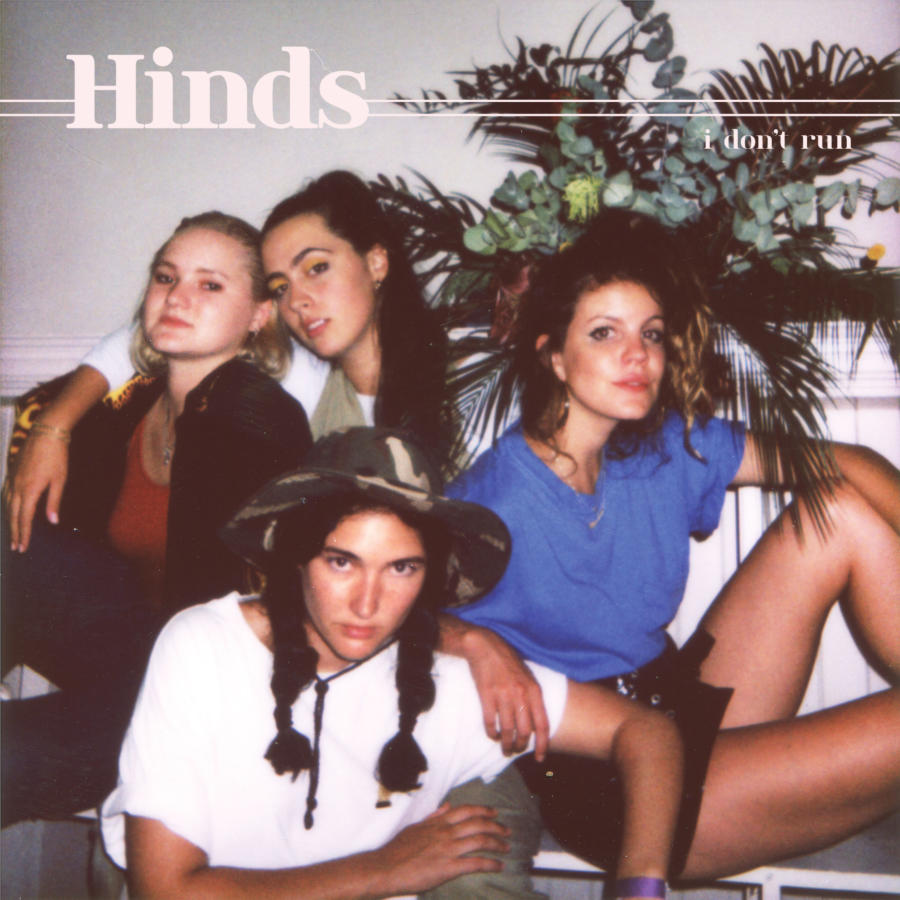 Trading in hooks for warmer pop textures but retaining the lo-fi feel of their debut, Hinds’ second album ‘I Don’t Run’ is another understated success.

It goes without saying that, with the kind of advanced technology around these days, professional recording studios are very easily turned into an audiophile’s paradise. But when we’re not busy salivating over sonic perfection, it’s clear the old art of lo-fi production still carries a very high demand. Madrid’s all-female indie auteurs Hinds have always been awake to this, and are yet to relinquish their home-recording aesthetic.

When Hinds arrived on the scene in 2016 with their acclaimed debut Leave Me Alone, it was their admittedly basic take on garage pop that cemented an alluring lo-fi quality. Despite very little distinctive musical merit in the traditional sense, it was this formula of disorderly guitar and tin pot vocal harmonies that earned Hinds their unique charm and appeal. This year’s follow-up I Don’t Run retraces their well-trodden steps with just a few more added grooves to fill in the cracks.

Usual themes of confused love and turbulent living course through Ana Perrote and Carlotta Cosials’ vocals, but this time also nodding to a band whose members are no longer safely situated in the cusp of youth. But Hinds don’t seem to care that much, “I wanna show you it’s cool to grow up” they sing on lead single ‘The Club’, acting as a sort of defiant middle finger to any inbound responsibility.

Though still determinedly lo-fi, production on I Don’t Run gives a newfound warmth to Hinds’ once prickly guitar accents. Replacing stripped-down upsurges for outright grooves, Hinds take their weight off riff power and place it firmly on infectious pop arrangements. Tracks like ‘Tester’ and ‘New For You’ unashamedly rattle through pop hook after pop hook, each vying for you to get up and shake off the shouts of unrequited love.

Hinds have always been good at churning out love songs but with a sort of ‘give a fuck’ attitude. ‘Finally Floating’ provides a perfect example that this outlook still prevails, with lyrics like “I need to stay awake tonight / because you’re sleeping in my mind” not actually having any resonance at all behind Hinds’ mis-match of laid-back noise and character. Maybe it’s just that wonderfully European attitude that never quite reached the shores of Britain, but it’s not hard to image that Hinds think lovesickness is not an excuse to start shedding any prolonged tears over.

Hinds boast an attitude too cool for most musical mortals to get close to, whilst they themselves remain naively indifferent to their own awe. Their combination of casual charm and sun-soaked melody continues to be a winning recipe on I Don’t Run, proving that blending similar ingredients on back-to-back releases doesn’t always end up in exhausted taste buds. (7/10) (Ollie Rankine)

Listen to I Don’t Run by Hinds here via Spotify, and tell us what you think below!