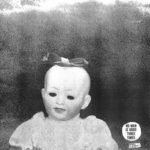 Upon the release of Emotional Mugger, Ty Segall described the album as: “the over-communication relayed in cell based technology and content driven media further detaches passengers of our modern society from deep emotional understanding”, thus Emotional Mugger is debatably a concept album discussing the perils of the modern age and its relationship with the internet and it comes at a crossroads in the career of Segall. After seven albums of varying quality and sounds, it feels like Emotional Mugger should be the statement which defines and stabilises the career path of this distinctive and prodigiously productive for future work and for the most part he does just that.

Album opener ‘Squealer’ is led by an unorganised hook of synths and guitars to give a rasping start to the album. ‘Emotional Mugger / Leopard Priestess’ follows suit, with its lo-fi garage blues sound the track serves as a fun reminder of what Segall can do as the track implodes with a flurry of guitars. The factor which differentiates the album from previous work is the fact that Emotional Mugger is the album where Segall embraces his weirder side. ‘Diversion’ hints at this while delivering the most outright pop moment of the album, while ‘Big Baby Man (I Want A Mommy)’ revels in its psychedelic weirdness.

The signs of Segall finding a voice are confirmed in the standout ‘Mandy Cream’ as its heavy riffs and a now trademark off-pitch  vocal provide the most unique moment of the album. This is immediately followed by the driving guitars of ‘Candy Sam’, an excellently crafted pop-rock track that will go down as one of his best songs. That’s not to say that Emotional Mugger does not have its low moments; ‘Californian Hills’ feels too disjointed at times, while ‘Breakfast Eggs’ passes by unnoticed. But on the whole Emotional Mugger is an excellent step forward in the career of Seegal, and while he may not have completely realised his true sound fully yet Emotional Mugger shows more than enough to give belief that album number nine will be the best of Segall’s burgeoning catalogue. (7/10)

Listen to Emotional Mugger here, and tell us what you think below!