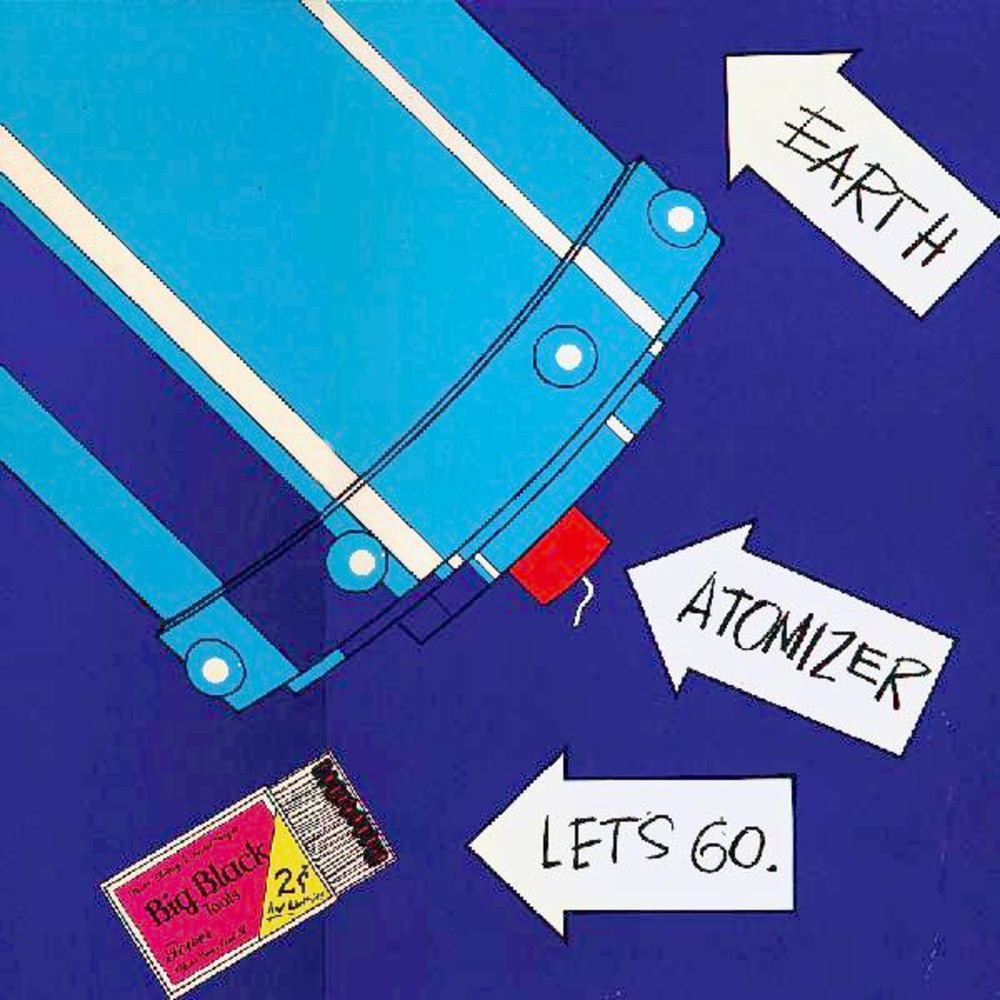 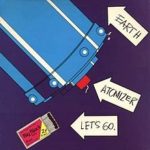 Behind the production desk, Steve Albini is one of the most celebrated creative forces in alternative music, with a reputation for helping craft music as harsh and uncompromising as his own attitudes towards what he regards as bullshit, or too mainstream. As a man who has repeatedly turned down major labels and artists unless he shares some kind of artistic simpatico with them, Nirvana’s In Utero and PJ Harvey’s Rid Of Me are among his most high-profile production credits. Less well known is his own infrequent recording career, leading Shellac in the ‘90s and Big Black in the ‘80s. Atomizer, the first of two full-length albums he recorded with guitarist Santiago Durango, bassist Dave Riley and a drum machine, is one of the most celebrated artefacts of the underground scene in America during the ‘80s, a decade that produced an embarrassment of riches.

To fully understand it, some background on Albini’s personality and principles are required. A former writer of harsh, biting and darkly humorous critiques of contemporary society for fanzines and publications like ‘Forced Exposure’, Albini’s deeply held anti-mainstream beliefs can be summed up by the liner notes he wrote for Atomizer’s CD re-release in 1992. Expressing his dislike of the new format, he berated the customer thusly:

“This compact disc, compiled to exploit those of you gullible enough to own the bastardly first generation digital music system, contains all-analog masters. Compact discs are quite durable, this being their only advantage over real music media. You should take every opportunity to scratch them, fingerprint them, and eat egg and bacon sandwiches off them. Don’t worry about their longevity, as Philips will pronounce them obsolete when the next phase of the market-squeezing technology bonanza begins.”

Atomizer utterly embodies this attitude, emanating from its soul and seeping from its pores. Although it barely penetrated the charts (reaching a peak of #197 in the U.S.) it was a sizeable underground success. Having formed in 1983, Atomizer followed in the wake of three well-received EPs – Lungs (1983), Bulldozer and Racer-X (both 1984) – and, incredibly, sharpened and hardened Big Black’s sound even further. 30 years later, it still stands up as an unlikely artistic triumph, and the reasons are two-fold.

Firstly, it still translates as a masterpiece of impenetrably dark, blackly comic nihilism, focussed and remorselessly unforgiving of the dark underbelly of American society and other forms of hidden violence, ranging from paedophile rape rings (‘Jordan, Minnesota’), small-town ignorance and boredom (‘Kerosene’, ‘Bad Houses’), police corruption (‘Big Money’) and domestic violence (‘Fists Of Love‘, ‘Stinking Drunk’) to American foreign policy and post-traumatic stress disorders (‘Bazooka Joe’). About his subject matter, Albini said: “You can’t think about it, really, because if you do then you go crazy; stark gibbering, spitting, and pissing in your pants crazy”. The disgust is reflected in the primitive, hammering music and the marvellous din of the guitars, which sound for all the world like buzzsaws struggling to cut through steel.

However, Atomizer avoids outright, obvious misanthropy (well, most of the time) in favour of a stark, unforgiving sense of judgment, on a world and a population that deserves annihilation, as if the white noise of the record would scour humanity’s soul clean and Albini’s rage would act as an agent of catharsis. In this respect, it has almost no comparisons in the world of popular music, except for perhaps Manic Street Preachers’ The Holy Bible, another condemnatory masterpiece that sought to force humanity to face up to its cruelty. But rather than being remorselessly bleak, Big Black provided an outlet for bored outcasts and oppressed nerds, just like Albini had been as a teenager, to vent and have their own moment of power even if just for the length of one gig, and Atomizer perfectly encapsulated that mindset.

Lyrics like “Stay with me, my five year old / this is Jordan, we do what we like / and this will stay with you until you die” on ‘Jordan, Minnesota’, about a small town that was stood accused (and eventually exonerated, many years later) of operating a secret child abuse ring absolutely freeze the blood with horror. ‘Kerosene’, by far Big Black’s most well-known (or notorious, depending on how you look at it) song, solves the problem of crushing boredom in small-town USA by setting fire to things, eventually detonating in ferocious onslaught of backfiring drum machine and distorted guitar. “I hate myself for my weakness / my past sickens me” Albini mutters darkly in ‘Bad Houses’, perhaps playing the character of someone crushed and driven to self-loathing by the logic of neo-liberalism, or maybe a more revealing personal statement showing that he was capable of maybe turning that high-powered laser at himself, to paraphrase Clarice Starling in The Silence Of The Lambs. ‘Bazooka Joe’ even sampled the sound of an M1 carbine being fired for its drumbeat.

Regardless of what you made of the content, what certainly wasn’t in doubt was Albini’s commitment to his art, and he certainly wasn’t doing it for cheap laughs. On stage, he would reportedly live out his songs to the fullest and most physical extent possible – screaming, contorting, improvising as he revved up the speakers to concussive levels of volume and generally wound up his listeners. Playing to overwhelmingly white college-oriented audiences, he enjoyed testing the limits of their liberalism, by acting out these depictions of rape and violence to the point where the uninitiated couldn’t be sure of their irony or satire. In return, as Big Black became more talked-about, people would turn up specifically to heckle, goad or otherwise ‘one-up’ Albini as he performed, and atmospheres were regularly on the edge of outright physical violence between audience and performer.

Which brings us, eventually to the second reason to celebrate Atomizer: its terrific musical impact, specifically on the future sound of the post-hardcore scene that was flourishing in the States in the ‘80s with a proliferation of tiny independent labels, but also on any guitar act that sought to use raw, atonal noise. With ear-piercing sheets of metallic guitar turned up to the threshold of discomfort, welded to proto-industrial rock, Big Black’s approach appealed to a generation that had started to grow out of the slam-dancing associated with punk, hardcore and Black Flag but weren’t ready to abandon the idea of noise, as Michael Azerrad analyses in his exceptional portrait of the ‘80s underground scene ‘Our Band Could Be Your Life’ (itself essential ownership for anybody passionate about independent music).

Big Black released just one more album, 1987’s Songs About Fucking, before calling it quits. A 1992 live album release, Pigpile, recorded at the time of that second LP, captures them at their coruscating best. Albini, ever the aggressive contrarian, called his next band Rapeman before forming the excellent Shellac in the ‘90s alongside his production career. In their short time, however, the group had planted a seed of proto-industrial rock that would be picked up and developed by Trent Reznor for Nine Inch Nails and all kinds of similar acts in the ‘90s, ranging from Ministry to Marilyn Manson. The idea of using a drum machine instead of a live percussionist would be picked up by The Jesus & Mary Chain for their second album Darklands onwards, and by groups like Primal Scream and The Kills.

Listen to Atomizer here, and tell us what you think below!