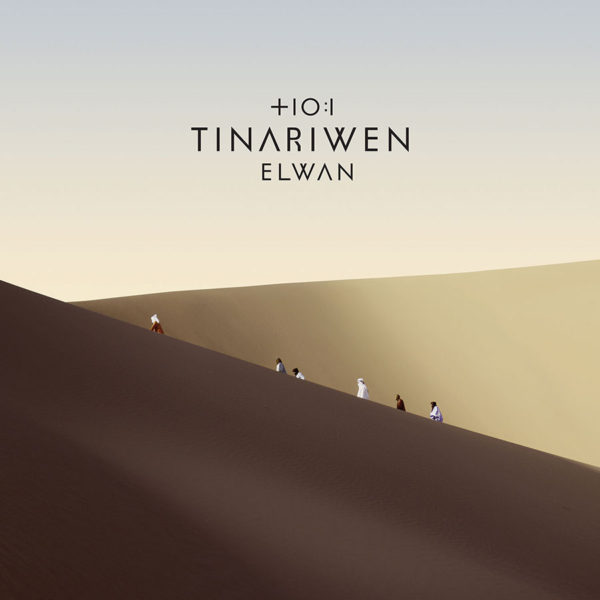 If ever a group proved that the rebellious streak of rock ‘n’ roll lived on it would be in the music of Tinariwen.

If ever a group proved that the rebellious streak of rock ‘n’ roll lived on it would be the music of Tinariwen. No strangers to conflict after forming in Colonel Gaddafi’s training camp and taking part in the Tuareg people’s revolution in the early ’90s, Tinariwen find themselves caught in the crossfire of more political unrest in Elwan, their seventh LP, and it proves to be their most aggressive yet.

While influences of the great Ali Farka Touré remain apparent, Tinariwen have always been a band with their own distinct style. The traditional Malian folk elements are stripped back in favour of a blues style not dissimilar from the likes of Hendrix and Berry.

It is this barrage of riffs which sees in the LP; opening track ‘Tiwàyyen’ (recorded in the Joshua desert with Kurt Vile and Matt Sweeney) is a well-textured opening that is as gritty as it is smooth and with the now familiar backing chants, the track erupts into a series of chants and multi-tracked guitars all battling to get the listeners attention.

The battling of instruments and ideas is a constant throughout Elwan; the record shows moments of harmony as it ebbs and flows it reflects in on itself. Ténéré Tàqqàl is relatively stripped back as protests for an uprising are made to return to a “lost land” – the almost hushed sound gives the track extra meaning as a quietly defiant mantra for Tinariwen.

A constant blending of influences from both close to home and afar helps Elwan hugely in its accessibility with the dynamic ‘Ittus’ and delicate ‘Arhegh Ad Annàgh’ creating gorgeous moments for differing reasons. The former’s sombre lonesome guitar allow the melodic vocals to take over, whilst the latter’s tranquil sound creates one of the more peaceful moments on the album.

Still, the band are at their best when they are at their most aggressive instrumentally, and that is never truer than in Sastanàqqàm; again the track pierces with its energy and guitars as the band evoke tones of contemporaries Songhoy Blues with the contrasting blend of traditional percussions and western guitars.

In spite of its troubled beginnings Elwan is a triumphant LP; recorded in the midst of political disarray in three different countries the record promotes defiance like no other in 2017. As motivated as the band have been since 2007’s Aman Iman: Water Is Life and as loud as Amassakoul, Elwan stands alone like no other. (8/10) (John Tindale)

But what did you at home think? Let us know by commenting below and don’t forget to share this via Twitter or Facebook. Thanks for reading!