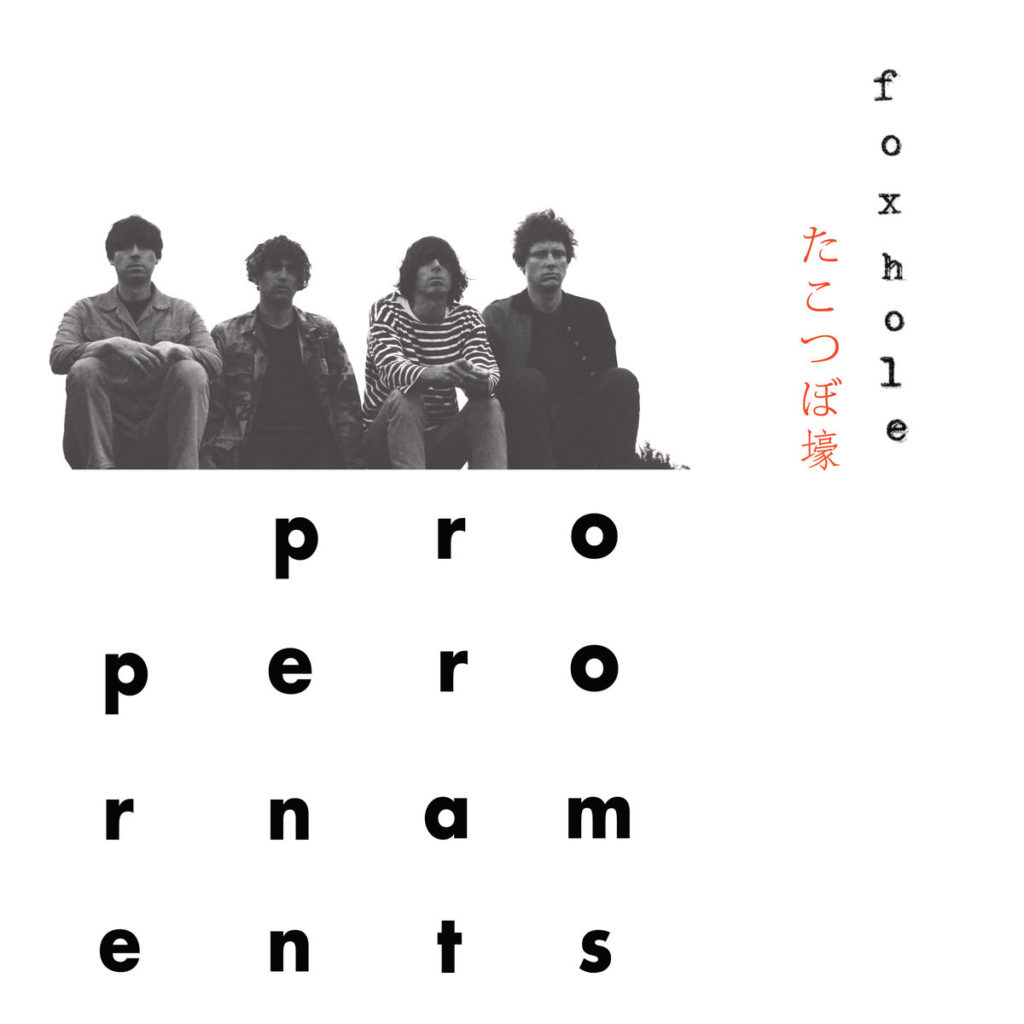 The Proper Ornaments’ second LP ‘Foxhole’ grows naturally out of their debut, full of retro charm indebted to the very best of the 1960s.

The Proper Ornaments released their second album Foxhole a really strong response, or rather continuation, to what James Hoare and Max Oscarnold offered their listeners on 2014 debut Wooden Head. The band formed in 2005 in London, bonding over mutual appreciation of the classic sounds that came out of ‘60s, and skilfully including those in their own music. While both members also alternate their time in other bands (Ultimate Painting and Toy respectively), they frequently come together for this project.

Foxhole is dominated by nostalgia, but Hoare and Oscarnold manged to pair it with subtle and bright sounds of guitar, as well as gentle, but appreciable percussion. Such combination makes the atmosphere of the album quite captivating. While it could also be considered depressing, Foxhole has more of a bittersweet flavour to it and delivers tunes that are quite ambiguous in interpretation.

The Proper Ornaments also decided to include piano in some of their new songs, which definitely helped the band with creating this peculiar aura on tracks such as ‘Just A Dream’. This new addition should also be considered in the general appreciated for harmonic complexity of The Proper Ornaments’ music. This vertical aspect of the record makes the more observant listeners realize that after all, recording Foxhole couldn’t have been as effortless as the album makes it seem.

When it comes to those classic influences, The Proper Ornaments will make their listeners think of The Velvet Underground, not only because of the alternative rock influences, but also due to the structures of songs, that are solid and spacious at the same time. There’s also a lot of clarity in the work of The Proper Ornaments – it may come from the fact that the band is not shy to draw from their idols’ ideas, but also because they do it in a flattering way that displays their own personality and complements it. Influenced by music veterans such as The Beach Boys or The Beatles, the authors of Foxhole recorded ‘When We Were Young’ and ‘I Know You Know’, songs that pull the listener in with their guitar-driven melodies and pastel vocals.

The Proper Ornaments do an excellent job putting together an album that is balanced, having just the right amount of original thought and personality, as well as appreciation of the previous decades’ music. Foxhole is an interesting and very pleasant musical endeavour, that sounds authentic, but also gives the audience an opportunity to find a little bit of history in-between the verses. (8/10) (Alicja Rutkowska)

Listen to Foxhole here via Spotify, and tell us what you think below!