REVIEW: The Go! Team – ‘The Scene Between’ (Memphis Industries) 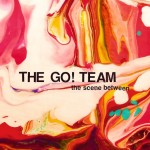 Front cover of ‘The Scene Between’

It’s hard to believe it’s been 10 years since the release of The Go! Team’s debut Thunder, Lightning, Strike! Its inescapable anthem ‘Ladyflash’, released on an incredible three separate occasions seemed to be on every TV advertisement during 2004, and it still sounds fresh today. Their first album in over four years since the bland Rolling Blackouts (2011) serves as a pale imitation in comparison to their debut. With many members of the band having departed, lead singer/songwriter and producer Ian Parton remains and attempts to give their sound a re-boot.

Much of the same elements remain: namely, infectious electronic samples with natural comparisons to that of ‘00s eclectic chillwave favourites The Avalanches. There’s less of the double-dutch chanting and more harmonies with a definitive funk and electronic undertone. ‘What D’Ya Say’ and ‘Walking The Jetstream’ surprisingly sound much more in line with the likes of Camera Obscura and Alvvays, than their earlier comparisons to the Avalanches. ‘The Floating Felt Tip’ uses choppy audio interludes with an impressive dream pop vibe. The Scene Between doesn’t come close to the peaks of their debut record and it doesn’t feel cohesive by the time you reach the middle of the album. However, it’s a satisfying listen for the run-up to summer. (6/10)