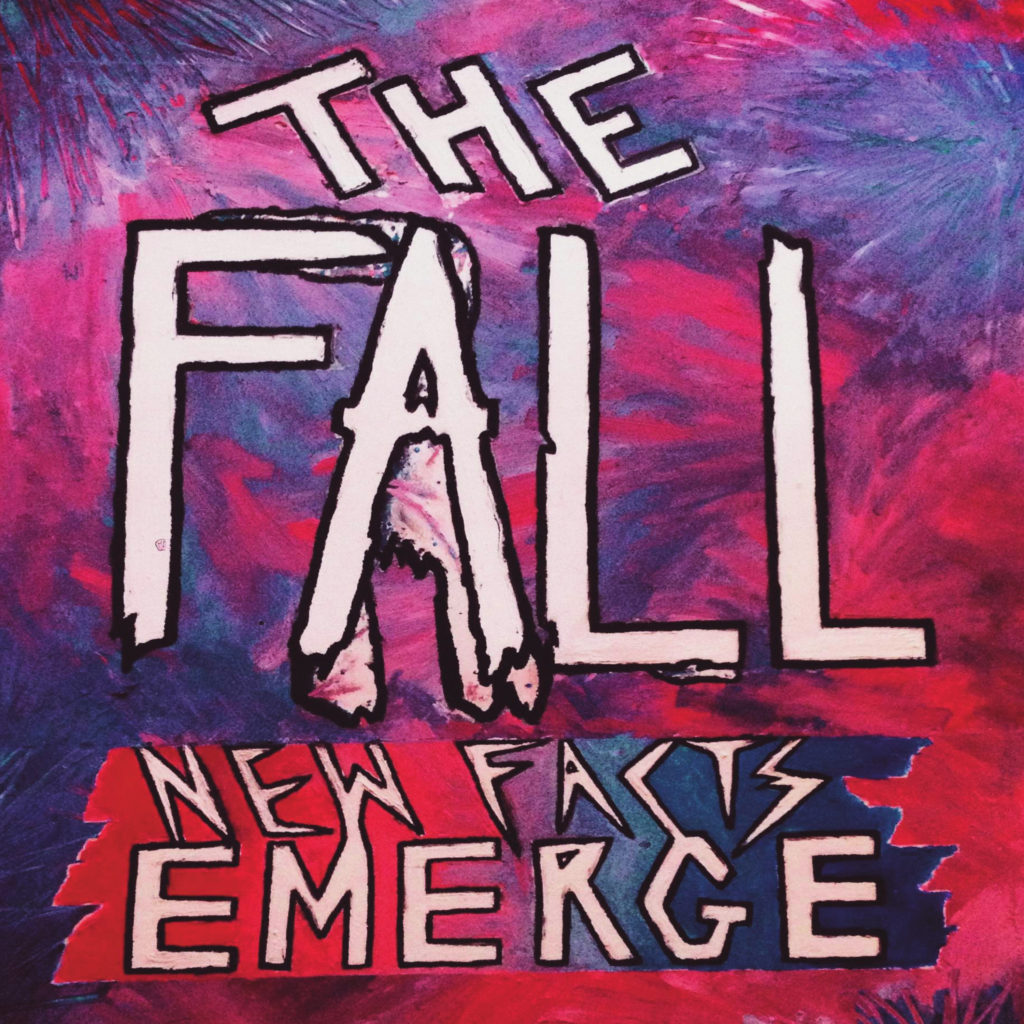 Now entering the fifth decade of its existence in 2017, the phrase ‘musical institution’ has been thrown around so many times in discussions about The Fall and its ever-present frontman Mark E Smith that the phrase doesn’t really do it justice any longer. No hiatuses, no side-projects, but with an infamously chop-and-change attitude to his group’s line-up that’s seen him go through (to date) 67 different musicians, The Fall is the story of one man and his devotion to a musical ideal that has seen him flirt with mainstream success on a few occasions in his lengthy career but, through a combination of unfortunate timing, bullish attitudes and an undoubted penchant for self-sabotage, always falling just short.

Fashions come and go, next-big-things flash in the pan then pass out of the public consciousness, but The Fall defiantly stand, making new music just like everybody else for all this time and, crucially in this age of monetised nostalgia, never looking backwards. Their loyal fanbase loves them for it, even despite one or two distinctly dodgy albums. Being a fan of The Fall, more than any other band, is like being a football fan – one does not simply stop buying their albums just because their last couple weren’t very good. Because of this, the only way to fairly mark any new Fall album is to compare it to other Fall albums, as Mark E Smith’s style has for so long seemed to exist outside the rest of the pop continuum, almost a genre unto itself.

The Fall’s 32nd (thirty-second!!) studio album New Facts Emerge sees Smith working again with the line-up of guitarist Pete Greenway, bassist Dave Spurr and drummer Kieron Melling. This represents an extension of a highly unusual period of stability within the group, as Smith has now worked with these guys ever since 2008’s Imperial Wax Solvent, although his wife Elena Poulou has now officially left the line-up after well over a decade, taking her spiky synthesiser textures with her. Although The Fall are now evolving at a very much slower rate than before, with the last decade seeing a comparative ossification in their approach to new sonic influences in their music, everything they’ve done together has been uniquely and distinctively Smith-ian in terms of its scabrous outlook on the world.

MORE: ‘Guinness On Your Cornflakes’ – a beginner’s guide to The Fall

Smith’s gravelly, vinegary vocals are even more gravelly and vinegary than ever. Now 60 years old, he’s long since given up on any pretence of singing or even melody, now hectoring and snarling his way through tracks, only semi-comprehensibly. The rhythm section, in places, is tighter than ever before, making New Facts Emerge one of the most sinewy and tough guitar albums The Fall has made in a great many years. Following a 30-second intro, the opening ‘Fol De Rol’ sets the bar high, a chopping, swaying but insistent riff, almost metallic in its hardness, set to a pounding beat.

For the first half of the record, things continue in this vein – highly focussed yet sometimes deliriously unhinged, the band in perfect step with each other and Smith gleefully barking over the top, even sounding like he’s (whisper it…) enjoying himself. The minute-long ‘Victoria Train Station Massacre’ is an unsettling and dramatic punkabilly, like a pissed version of Smith’s guest feature on Gorillaz’ ‘Glitter Freeze’ back in 2010, sitting inbetween the splintered, madcap ‘Brillo De Facto’ and the quite astonishing title track. Loose, loud and hypnotically brilliant with a razor-sharp riff to boot, it’s the single best Fall track since ‘Bury pts.1,3’ from 2010’s Your Future Our Clutter. Perhaps, just perhaps, we’re on for a true Fall classic at this point, against all the odds.

Sadly, however, the quality and intensity doesn’t last. Sitting halfway through New Facts Emerge, the 9-minute ‘Couples vs Jobless Mid 30s’ stops the pace dead in its tracks, from which it never really recovers. It’s not a bad track, a bewildering track featuring some deranged cackling from Smith and his group, and is gratifying once it properly gets going. It just represents a bit of a backslide into some of the meandering that have made the last three Fall albums rather trying listens at times.

Pete Greenway becomes the star of the second half, indulging himself in Smith’s beloved punkabilly in ‘Second House Now’ and ‘Groundsboy’, which both have a playful elasticity about them. ‘Gibbus Gibson’s wiry riff could be from one of The Fall’s ‘80s albums with its nagging insistency. ‘O! Zztrrk Man’ is scuzzy and poorly produced, while the closing ‘Nine Out Of Ten’ is just weird and rambling, ending things on a disappointing note, like an engine in car that rumbles but never roars off the starting line for nearly seven minutes. Even Smith’s amusing lyrics like “I was an awful baby / they gave me one out of ten” can’t really save it.

Despite an opening sequence of tracks that makes the first half of New Facts Emerge probably the best beginning to a Fall album since 2005’s brilliantly consistent Fall Heads Roll, a sometimes listless second half unfortunately makes the whole package a case of not quite close enough for those MES fans desperate for one more undisputed classic from their hero. It’s certainly an improvement on its immediate predecessor Sub-Lingual Tablet, something that’s been true of every Fall album since 2012. If there is to be another one, and if things continue in this trend, then God willing, that classic might yet arrive. (6/10) (Ed Biggs)

Listen to New Facts Emerge here via Spotify, and tell us what you think below!