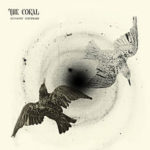 Once upon a time, The Coral were one of the most inspired and promising new bands of the British indie scene, standing out even among a glut of bright young things that emerged in 2002 with their bold, psychedelic slant on Britpop. That year’s self-titled debut album remains one of the best debuts of the decade, with the jaunty ‘Dreaming Of You’ becoming an indie disco staple. Maintaining a prodigious output rate with Magic & Medicine just 13 months later, gentler tracks in the vein of ‘In The Morning’ and ‘Pass It On’ showed a broad crossover appeal. The world, it seemed, was at their feet.

Something rather unfortunate happened, though, as 2008’s folk-orientated Roots & Echoes and 2010’s Butterfly House saw them cut ties with their original sound almost completely, and The Coral became… not boring, exactly, but ordinary, emphasising a faux-authentic atmosphere of studied competence, which made them become something you could never accuse them of being during their first three albums. Along the way, talented guitarist Bill Ryder-Jones quit the group, and no original material has been heard from the Wirral five-piece since 2010 except an outtakes album in 2014, The Curse Of Love. The Coral, it seemed, had no future.

So, six years on and another member down (second guitarist Lee Southall also opted out to concentrate on family life and a solo project) and having moved on from the Deltasonic label, we get a seventh Coral album, and one that, from the very first moment, is an attempt to get back to basics and reclaim that lysergically-tinged sound that made their first two records so strong. There’s always been something psychedelic about every Coral record, even the slightly snooze-some latter-day ones, but that element is now underscored and highlighted by mellotron, splashy drum sounds and backwards guitars. For the most part, Distance Inbetween succeeds in its mission statement.

The opening three tracks meld together as a kind of psych-pop knock-out combo, immediately a world away from Butterfly House. The jagged synth snarls and tom-toms of ‘Connector’ are reminiscent of fellow Merseyside weirdos Clinic, who were also able to conjure up maximalist atmospheres with minimal instrumentation. James Skelly’s voice, once lilting and sorrowful, now sounds deeper and wiser, as he intones menacingly “I’m the connector / and you’re the receiver”. This droning atmosphere continues into ‘White Bird’ and first single ‘Chasing The Tail Of A Dream’, the latter of which features some booming, North African-influenced drum rhythms from Skelly’s brother Ian. It also reinforces the idea that The Coral are on the same kind of bad acid trip that made Pink Floyd’s earliest work so unsettling.

After such a strong start, things become a little less consistent as the album wears on, with real highlights interspersed among moments that are merely pleasant, though there’s very little in the way of clutter. Current single ‘Miss Fortune’ is stunning, with backward guitars cutting across a steady motorik drift that sees The Coral update their sound for the ‘10s. The molasses-thick boogie of ‘Million Eyes’ and the deep, dirty blues feel of ‘Fear Machine’ are also immediately noticeable, and wouldn’t sound out of place on either of the group’s first two albums.

The piano-led title track boasts a beautiful guitar solo from Paul Molloy (drafted in from another now-defunct Liverpool band of the noughties, The Zutons) but little else. ‘Beyond The Sun’ is warm and pastoral, as Skelly croons about “rooms of crystal fire”, while the drum-free ‘She Runs The River’ passes by without you really noticing. Only ‘Holy Revelation’ truly lets the collection down, with some dreadfully phoned-in lyrics rhyming “holy revelation” with “sweet sensation” in a way that even Noel Gallagher would think twice about. But for the most part, these indifferent moments are eclipsed by the ones where The Coral truly rediscover what made them so promising.

In truth, The Coral’s commercial peak has long since passed, and it’s very hard to imagine Distance Inbetween giving them access to any kind of new fanbase. However, it should go a long way to shoring up their reputation, bringing some old fans back in from the cold and reminding them of why they fell in love with the band in the first place. If they continue in this form, there’s no reason why The Coral can’t enjoy a long, happy career with a cult status in the same way as the Super Furry Animals do, supported by a loyal fanbase who recognise them as one of the weirdest and most distinctive bands from these islands. (7/10)

Listen to Distance Inbetween here, and tell us what you think below!