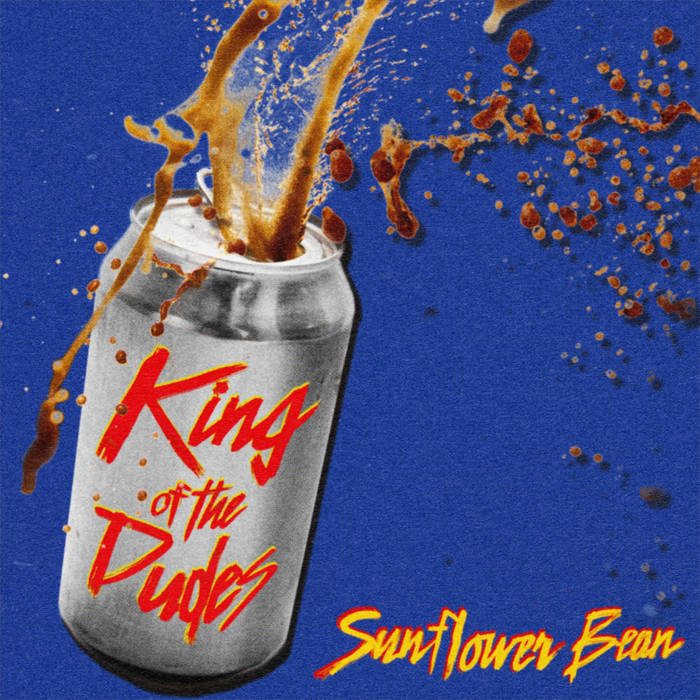 ‘King Of The Dudes’ represents an intelligent, unforced and un-stylised expression of Sunflower Bean’s influences.

If you heard and loved their most recent album Twentytwo In Blue, one glimpse at the cover art for King Of The Dudes, the new EP from Sunflower Bean, lets you know that you’re in for much more of the same. Last year’s sophomore effort saw the New York trio move away from the dream-pop/shoegaze leanings of their 2016 debut Human Ceremony to something sharper and more angular, based around power-pop and new wave. The artwork, with its garish blue background and advert-like drinks can image and font, reflects the four sugar-spun, pop-punk nuggets that lie within.

The other revelation on Twentytwo In Blue was that Julia Cumming’s voice, once alluring and siren-like but content to simply be another element in the mix, became increasingly confident and front-of-centre, developed into a throaty holler worthy of pop-rock queens like Avril Lavigne or Hayley Williams. So it continues on King Of The Dudes, evidenced by its second track, which appeared at the end of 2018 as a single, ‘Come For Me’. With a funky guitar riff like chinks of light reflecting off a disco-ball and a sassy playground-chant refrain, it’s more spirited and mainstream-focused than the majority of what Sunflower Bean have released before.

So it turns out to be for the rest of the EP. Its opening title track ‘King Of The Dudes’ reads like a takedown of male privilege and entitlement, Cumming bragging sarcastically “I know what I want / and I know how to get it / I don’t need to think / I just reach out and take it”. The clipped treatise on bigotry of ‘Fear City’ comes on like a rockier version of Real Estate with its shimmering riff, while the short-but-sweet ‘The Big One’ is great new-wave/punk fun that couldn’t be more obviously Eighties-influenced if it was dressed all in denim and had a bandana on its head.

Just like the studio album it accompanies, King Of The Dudes represents an intelligent, unforced and un-stylised expression of Sunflower Bean’s influences. It’s a succinct distillation of the guilty pleasures we get indulging in nostalgia, but not a total retro throwback. (7/10) (Ed Biggs)

Listen to King Of The Dudes EP by Sunflower Bean here via Spotify, and tell us what you think below!