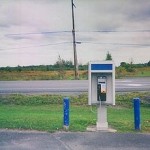 Mark Kozelek, the songwriting powerhouse behind Sun Kil Moon, finally accessed a wider audience last year with Benji, a deeply moving and highly autobiographical album detailing family, death, childhood memories and ageing set to stripped-down acoustic music. Long-term fans of Kozelek’s work – he’s been recording as Sun Kil Moon for over a decade, and before that was the leader of American slowcore legends Red House Painters in the nineties – were delighted for Benji’s success but also puzzled as to why it had taken that album specifically to draw attention to him in fashionable circles. It was awesome (obviously), but so were the majority of previous releases in his career. It might also have had something to do with his amusing diss track about The War On Drugs, but we’ll leave that aside!

So, as Alex Wisgard at The Line of Best Fit has pointed out, Universal Themes represents probably the first time that an audience has anticipated a Kozelek record in any meaningful way. If you’re reading this, you probably adored Benji and you might be expecting (or demanding) more of the same – sorry, you’re going to have to work a bit harder to enjoy this one! On the face of it, Universal Themes is a much more imposing and impenetrable experience than its predecessor. Eight songs spanning 70 minutes, with the shortest song at 6mins 45secs, Kozelek fully gives himself over to his distinctive autobiographical style and gives the impression that he’s singing about what bothers him, right now, and lets the music assemble around his thoughts as he’s doing it. The whole thing has an impromptu, one-take feel, whereas its predecessor did feel a lot more planned. Basically, Kozelek is sticking to his guns, giving no quarter to any further commercial considerations he might have harboured after Benji’s success.

Kozelek telescopes his first person lyrics into wider, relatable themes about the universe, its vicissitudes and cruelties, concerned with the world’s strugglers and losers. Album opener ‘The Possum’ illustrates this perfectly, using an incident where he found a dying possum in his back yard as a thematic device to embark on a rumination on mortality (“I want to grow old and to walk my last walk / knowing that I, too, gave it everything I got”) that also takes in a Godflesh gig in San Francisco. It’s not quite a stream of consciousness, but the narrative wefts and wends in the same way that the brain remembers things and associates memories with each other. On ‘Birds Of Flims’ Kozelek talks about his experiences on the set of Paolo Sorrentino’s brand new film Youth, in which he makes a brief cameo appearance as himself, and on ‘Cry Me A River Williamsburg Sleeve Tattoo Blues’ he grumbles about NY hipsters who complain at the lack of Wi-Fi at his shows.

There are moments of supreme, effortless beauty, such as the resplendent ‘Garden Of Lavender’ which details a trip to Holland. Structurally, the long, winding songs often change tack in terms of atmosphere, suddenly and without warning, such as the propulsive rhythm of ‘The Possum’ which suddenly becomes as quiet as a tomb, or the shapeshifting on ‘Little Rascals’. The sprawling closing track ‘This Is My First Day And I’m Indian And I Work At A Gas Station’, which touches on personal dilemmas like breaking up with bandmates, is another beautiful example of Kozelek’s writing. Near the end, he relates talking to a handicapped child who, when he asks him what he wants to do with his life, replies “I’m just gonna live it”. Simple platitudes in the wrong hands, but he holds it together and imbues with a poignancy.

His intensely diaristic approach ought to be suffocating, but the fragile acoustic guitar soundscapes provide the counterpoint, the breathing space for Kozelek’s songs, and this dynamic is what makes Sun Kil Moon albums work. While Universal Themes is at times a little too sprawling and indirect to make the same poignant impact as Benji, it’s nonetheless a fine piece of work from a notoriously difficult artist, but this time your enjoyment depends much more about what you, the listener, brings to the table. (7/10)