REVIEW: Skating Polly – ‘The Make It All Show’ (El Camino) 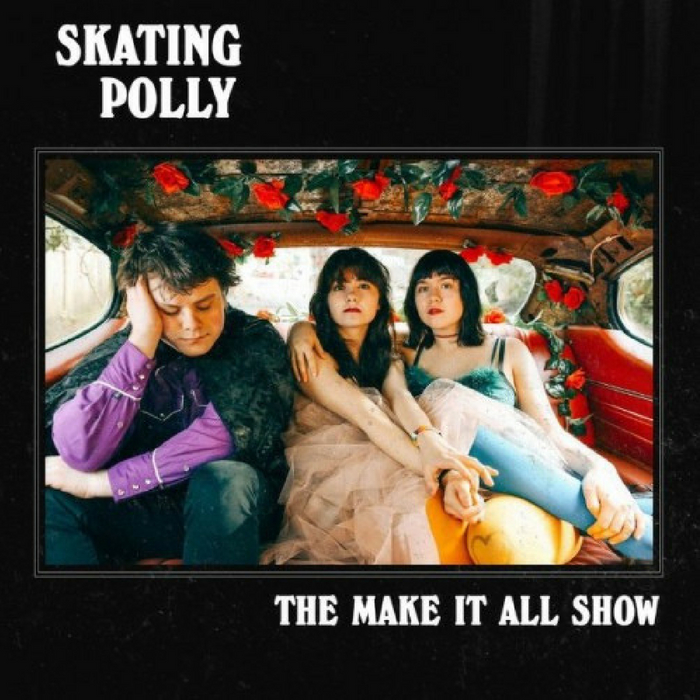 Skating Polly’s fifth album ‘The Make It All Show’ is loud, dynamic and graceful, and the kind of record a band makes when its at the peak of its imperial phase.

Skating Polly’s fifth album The Make It All Show is 100% worth every second of the two-year wait. The newly expanded three-piece group is without a doubt one of the best things happening in alternative music right now. Not that their previous albums were lacking in any way, but the addition of Kurtis on drums has made for a noticeably fuller sound and taken their music to another level.

It feels somewhat regressive to draw attention to the ages of bands, but even from their very first album (when Kelli and Peyton were just nine and 14 years old respectively) their level of musical maturity has always been impressive. But The Make It All Show really pushes through into new ground, as if this is what all of the four previous albums have been preparing us for.

It is their loudest album yet and has raised the bar for all guitar albums that are coming up this year. Their sound has a distinct quality, it manages to have a nostalgic feel to it whilst ultimately sounding fresh and has a Nirvana or Pixies level of perfection of the quiet/loud/quiet dynamic. The Make It All Show has fewer quiet songs than their previous albums, but does not feel like it is lacking in any way, and seems to swap out quieter songs for grungy dreaminess. However, in true Skating Polly fashion, there is a quiet one on the end in ‘Don’t Leave Me Gravity’, and its four minutes of pure beauty.

Skating Polly have a long-standing affiliation with X, and Exene Cervenka has always been a huge fan of their music and even produced their 2013 album Lost Wonderfuls, so it is great and seems natural to have Exene feature on ‘Queen For A Day’. If you know your references you’ll hear them within Skating Polly’s music, but ultimately, they are a band that feel like they have been ahead of their contemporaries for a long time, having figured the formula out from the very beginning.

Another thing that Skating Polly are known for is their amazing live shows, and the songs laid out in The Make It All Show are almost certainly guaranteed to sound even better live. They are currently touring the States but are due to return to Europe and the UK in September. Without a doubt, this is their best album yet. It honestly feels like Skating Polly are a band that are genuinely incapable of writing a bad song at this moment – everything they have ever put out has been incredible, and you’d bet strongly that whatever comes next would continue that run. (9/10) (Jesse Casey)

Listen to The Make It All Show by Skating Polly here via Spotify, and tell us what you think below!