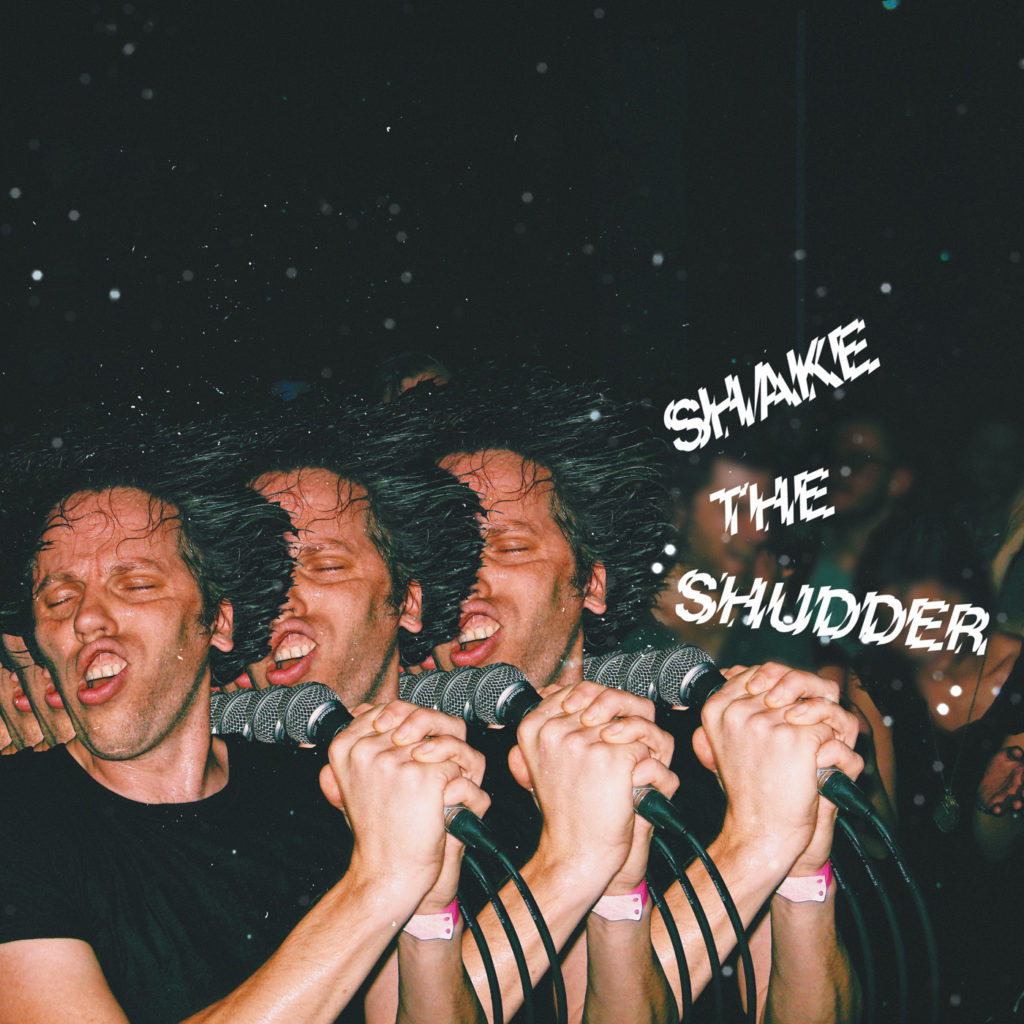 !!!’s seventh studio album feels very slightly tired and old-fashioned, despite the kind of indie-dance floor fillers they’ve been turning out for over 15 years now.

It feels somewhat apt that after the first hint of summertime new music from California natives !!! has arrived.  Since their inception in 1995, !!! (pronounced Chk Chk Chk or any kind of guttural noise) have become renowned for their blending of indie-dance and punk, similar to that of Hot Chip and LCD Soundsystem. Yet, for all their plaudits, the five-piece have never been able to able to produce the classic album that their contemporaries managed. Unfortunately for !!! on seventh LP Shake The Shudder, they once more fail in their bid for consistency.

The album begins on a high with the joyous single ‘The One 2’, with !!! finding their delightfully fun sweet spot, a blend of disco and new-wave. Glistening electronics and synths lead into a darker sound with rumbling bass taking over – all the while the contrasting vocals of Shannon Funchess and Nic Offer highlight everything good about the band.

It should come as no surprise that Shake The Shudder is at its best when things are at their most enthused. ‘Throw Yourself In The River’ features groovy bass and funk-infused guitars provide a lovely backdrop for some rambunctious synths. Elsewhere album highlight ‘What R U Up 2Day?’ a track which combines Aphex Twin-styled electronics with a Let’s Eat Grandma instrumental and vocal delivery style. The track emphasises everything about why !!! are always so close to the mainstream.

However, all too often Shake The Shudder is forgettable. Tracks like ‘Imaginary Interviews’ with monotone vocals and an atypical lack of melody sees the song slip by without a whisper. The final third of the album fails to inspire with the following ‘Our Love (U Can Get)’ and ‘Things Get Hard’ failing to ignite any of the danceability the band have shown previously.

Shake The Shudder is an uninspiring album from a band which sounds like it has given up hope of making it. Tired sounds dominate the latter third of the album making it hard to remember some of the early album’s great moments. At its best the seventh album from !!! evokes tones of the highlights of many a summer, however, issues of consistency again become prominent. (5/10) (John Tindale)

Listen to Shake The Shudder here via Spotify, and tell us what you think below!