REVIEW: Sam Smith – ‘The Thrill Of It All’ (Capitol) 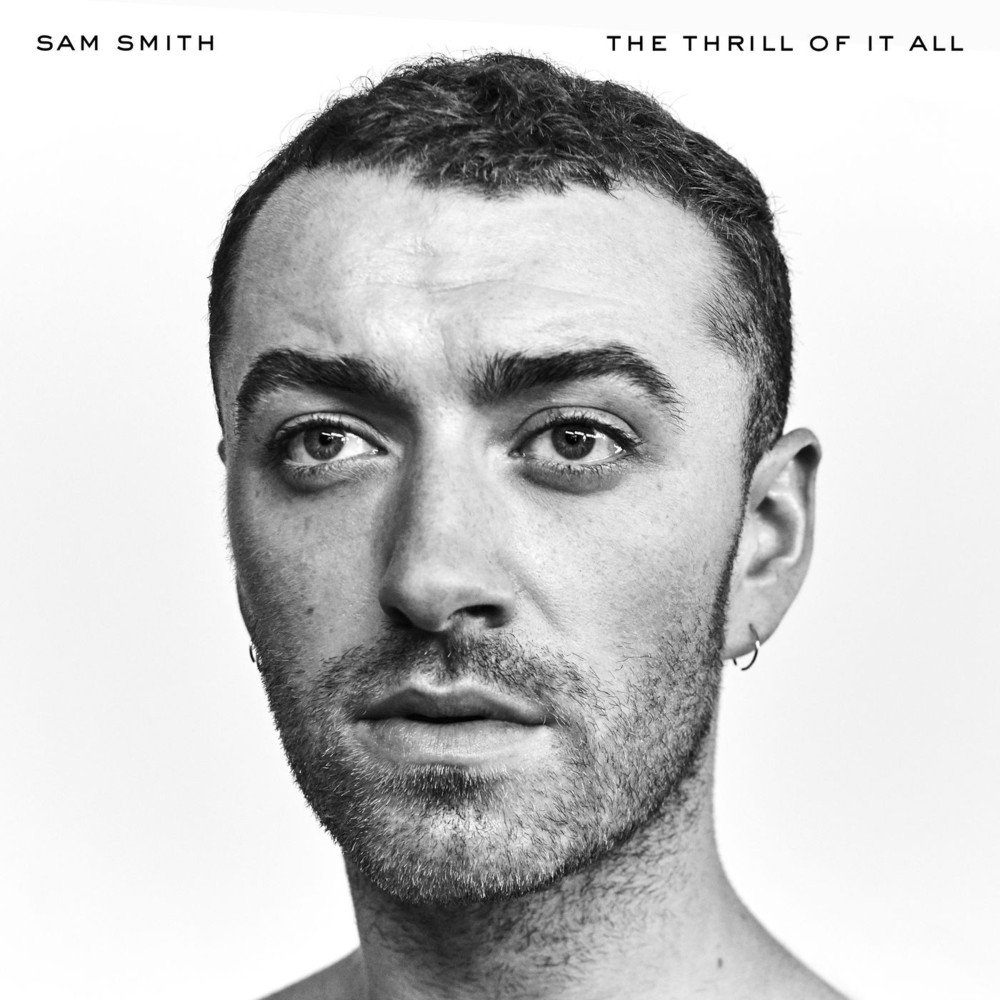 A heart-wrenching lyrical tour de force from Sam Smith is fatally compromised by bland over-production on his second album, ‘The Thrill Of It All’.

The break-up album has been big business for the music industry in the last decade – indeed, given the overall decline in physical sales and the threat of streaming, it could be even be seen as its saviour. Spearheaded by Adele’s 21, an album so utterly ubiquitous and all-conquering that she essentially released the same album, about the same heartbreak, again without anyone batting an eyelid, and with other recent headline-grabbing multi-platinum behemoths from Amy Winehouse, Coldplay and Sam Smith, the year’s big heartbreak album is becoming the music industry’s equivalent of the Christmas-time blockbuster for the movies. It’s easy to be cynical about them, therefore, but so few other pop music phenomena feel like they have ‘national event’ status any more.

Smith’s 2014 debut album In The Lonely Hour shifted more than 12 million copies around the world, a collection of universally accessible and easily digestible ballads that rescued itself from bland anonymity through the disarming honesty of its author, confronting his own pain and frustrations with the world in his search for love and happiness, coupled with his rather spectacular and bracing voice.

However, the operation he underwent in mid-2015 on his vocal cords seems to have robbed Smith’s voice of some of its volume and underlying heft. This was detectable on the stand-alone single ‘Writing’s On The Wall’ at the end of that year, which just sounded watery and insubstantial. But as often as not on The Thrill Of It All, that subtle change in Smith’s voice suits the heartbreaking intimacy of the material. Written in the aftermath of the disintegration of a five-year relationship – about which Smith has been unnervingly frank in promotional media appearances over the last month – it sees him relentlessly and morbidly analysing his own failings, and his lack of luck in his search for love. The Thrill Of It All seems like a bitterly ironic title in the circumstances.

Where the album falls down, though, is that the productions that the material is actually set to are almost uniformly bland and immediately forgettable, characterised by ‘X Factor’-pop mush that has a slick, utterly machine-like predictability. While the anguish in Smith’s lyrics is palpable, it is not matched by its musical surroundings. The Thrill Of It All comes off as a bloodless compromise, an opportunity missed for Smith to make a genuinely world-class break-up album.

Opening track and lead single ‘Too Good At Goodbyes’ is pretty excellent, as Smith puts himself under the microscope with its “you must think…” lyrical motif, concluding “never gonna let you close to me”. It’s the sound of somebody becoming gradually desensitised to heartbreak, and worrying that it might diminish his chances for love next time around. ‘Midnight Train’ is a decent facsimile of old-fashioned Southern-flavoured soul at its heart, if slathered in bland modern production. ‘HIM’ sees Smith trying to square his sexuality with Christian faith, with the lyrical gambit of “holy father” carrying a subtext of the pressures of coming out to one’s father as well as the Lord. The brilliant, minimalist ‘No Peace’ sees Smith wracked with pain and his voice almost cracking with it, with guest singer Yebba offering a very controlled vocal counterpoint.

However, The Thrill Of It All utterly lacks any kind of grit, making many of the songs simply go in one ear and out of the other. ‘Say It First’ is exactly the kind of fashionable xx/late-era Coldplay kind of production, with minimalist, echoing guitar tones, that sounds like it was worked out in committee. ‘Burning’ is a wince-inducing piece of piano balladry – sometimes because of Smith’s genuine pain, and in others because of his over-worked fire analogy. ‘Pray’, a piece of thoroughly modern and professional R&B, has the fingerprints of Timbaland all over it but lacks any of kind of cutting edge, as if Timbaland sent over some presets and cashed a huge cheque. ‘Baby, You Drive Me Crazy’ reverses the problem, with the decent Danger Mouse-esque indie-soul production trying to support a sub-Olly Murs song.

The Thrill Of It All, does an awful lot well, but seems like less than the sum of its parts, mainly because its music seems to be so meticulously and joylessly worked over. It’s a shame that Smith couldn’t have coupled his emotional forthrightness with an equal vision in the musical department. None of the above will prevent The Thrill Of It All from selling millions, however: released in time for Christmas and as an efficient but unexceptional sequel to a multi-platinum debut, it will be filling plenty of stockings, and there’s just about enough to keep it out of the bargain bins a month later. (5/10) (Ed Biggs)

Listen to The Thrill Of It All by Sam Smith here via Spotify, and tell us what you think below!

Tags: album, Capitol, Ed Biggs, review, Sam Smith, The Thrill Of It All