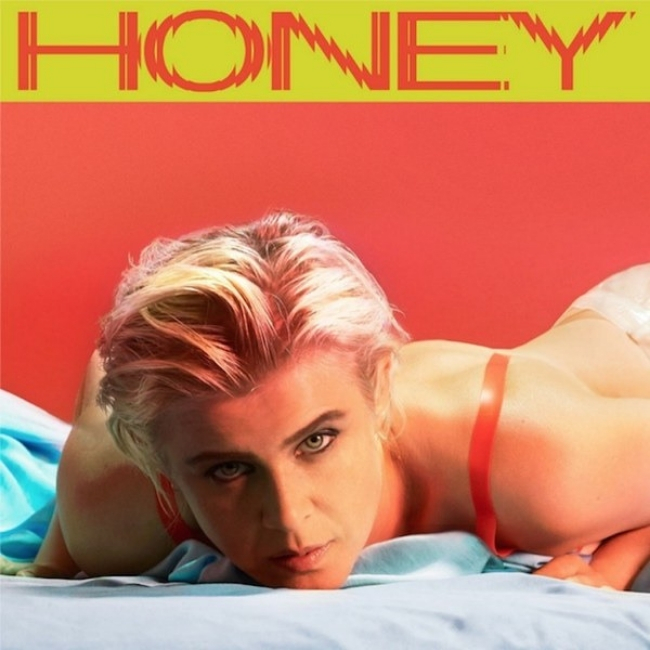 Robyn is back, at long last, breathing fresh air into pop music with her first album in eight years, and ‘Honey’ only shows how much her presence was needed.

It is fair to say by now that, particularly given her seemingly endless absence despite casting such a long shadow over music, Robyn has become a pop icon. The Swedish star been around for more than two decades and has not even once disappointed with her music, constantly showing new, innovative and exciting projects that only the best out of the best are capable of delivering for so many years.

After an eight-year hiatus, Robyn has finally resurfaced with a new LP titled Honey. Robyn’s previous album, Body Talk, appeared way back in 2010 and became one of the defining releases for pop and dance music, although at the time it didn’t seem like it, according to the charts. Nevertheless, Body Talk created a new direction for contemporary pop, especially for female artists who would all, in one way or another, try (and are still trying) to emulate its silky, mellifluous yet emotionally hard-hitting sound.

Today, Robyn has an army of devoted fans who have been patiently waiting for their favourite artist to come back with new music. Recording Honey took Robyn a long time, yet the artist had enough reasons to prolong the process and postpone the release of her latest material. As she explained: “I needed to take time off when I made this music, and I did, because I was in a life crisis”. Robyn went through a break-up from her long-time partner and the death of her close friend, things which made it very difficult to find a way back to music, yet when she finally did it felt like “tripping on sadness.”

Robyn describes Honey as a “sensual” record, because it allowed her to find a place where she would once again feel comfortable in her own skin, but also grow emotionally and spiritually. Honey is different from what we’ve heard before, but it also possesses all the same qualities that made Robyn such a unique artist – it’s emotional, raw and intensely melancholic. It’s almost pure emotions that are playing through the speakers when Honey is on, but the album also has a metaphysical, existential side to it, something that comes from Robyn’s plan to make this record about more than just mood, but also about “a physical feeling”.

The frank opening song ‘Missing U’ is about experiencing the emptiness that is left when people leave our lives. Although the undertone of the track is uplifting, embellished with glimmering arpeggios, there is a lot of weight in Robyn’s voice that suggests deep sadness and pain going through the singer’s mind. “There’s this empty space you left behind / now you’re not here with me” perfectly embodies the strange and uncomfortable feeling of missing someone and not knowing if you’re ever going to be set free of this sensation.

On ‘Human Being’ Robyn enters a territory of the futuristic vision of the world, where “emotions are out of date”. The song’s restless, almost uneasy beat combined with the ghostly reverb put on the vocals, make the repeated phrase “I’m a human being” brilliantly unsettling and powerful. ‘Because It’s In The Music’ continues with the story of human connection, which is found nowhere else but “in the music”.

‘Honey’, the title track and the first single from the album, is a truly sensual song – Robyn’s voice is sultry, sticky like honey, laid over melting synths and a sturdy beat. When the chorus comes and Robyn sings “Suck it up inside like a treasure, let the brighter place be your passion / can you open up to the pleasure?” it becomes clear that the artist who was struggling to find comfort in her new skin has finally done so. On ‘Ever Again’, Honey’s closing salvo, she sings “I’m not gonna be broken-hearted, ever again” which is a statement that both, Robyn and her fans are surely very happy to hear. She is back, at long last, breathing fresh air into pop music, only showing how much her presence there was needed. (9/10) (Alicja Rutkowska)

Listen to Honey by Robyn here via Spotify, and tell us what you think below!