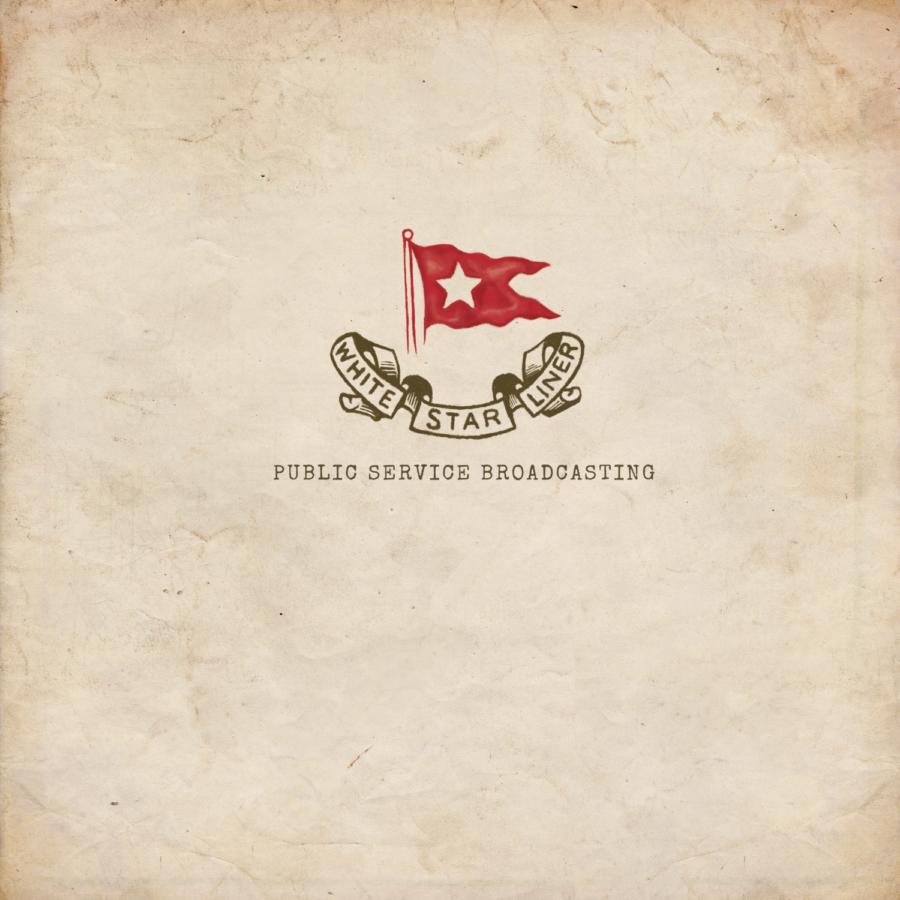 Although it’s brief, Public Service Broadcasting remain on top form with their latest EP ‘White Star Liner’, a moving evocation of the construction, sinking and discovery of the Titanic.

London-based pseudonymous group Public Service Broadcasting have expertly combined krautrock and electronic music whilst also replaying a bunch of old public recordings and broadcasts over the music. Their 2013 debut Inform – Educate – Entertain, which, technically speaking, did exactly what it said on the cover, has the potential to be labelled a classic album (assuming it hasn’t already), with tracks like ‘Theme From PSB’, ‘Signal 30’ and ‘Everest’ drawing in multiple genres on top of the overarching synths and rhythms of krautrock, electronica, dance-punk and art rock. Artists like Neu!, Kraftwerk, Talking Heads, The Orb and LCD Soundsystem are manifested within PSB’s artistry, and they seem to have a knack of fine-tuning when it comes to arranging the public recordings and broadcasts in time with the tempo of the music.

2015’s breakthrough sophomore album The Race For Space used recordings for historic rocket launches and space explorations, including Sputnik, Apollo 11 and Vostok 1. Then, their third record Every Valley last year bore the concept of Wales’ old mining industry, and even introduced guest vocalists onto a few tracks – the most notable of which being the Manics’ James Dean Bradfield. Now, JF Abraham, Wigglesworth and J. Willgoose, Esq. thematically explore Belfast’s ship-building industry on their new four-track EP White Star Liner. J. Willgoose, Esq. has said the following about the EP:

“I thought it was an interesting challenge to tell the story of the ship’s construction as part of Belfast’s proud industrial history, the spirit of optimism of the pre-war age that she represented, and then an abstract and, I hope, respectful depiction of both the sinking of the ship (represented by the repeated Morse code distress call, C – Q – D) and the discovery of the wreck in 1985.”

The opening track ‘The Unsinkable Ship’ is an eye-opening introduction to the album with sudden, cyclic bursts of instrumentation counteracting the softly spoken words of an elderly Northern Irish man reminiscing what his father, who worked at the shipyard, said to him about this “great ship” the White Star Liner. On the title track, people are now able to board the ship where Public Service Broadcasting ensconce themselves in the fun, upbeat aspects of indie rock.

Then the mood of the album completely turns on its head with, as mentioned in the quote above, ‘C-Q-D’ referring the distress call as the ship was sinking. The song has this sense of a gnawing chill throughout thanks to doom-laden drones and heart-racing electronica whilst the drums match the Morse code of the letters. Another man, a survivor of the wreckage it seems, talks about having nightmares of the event right at the end of the song. Lastly, final track ‘The Deep’ is a dark, morbid conclusion to the EP, leaving the aftermath of the sinking ship to the listener’s imagination.

Listen to White Star Liner EP by Public Service Broadcasting here via Spotify, and tell us what you think below!