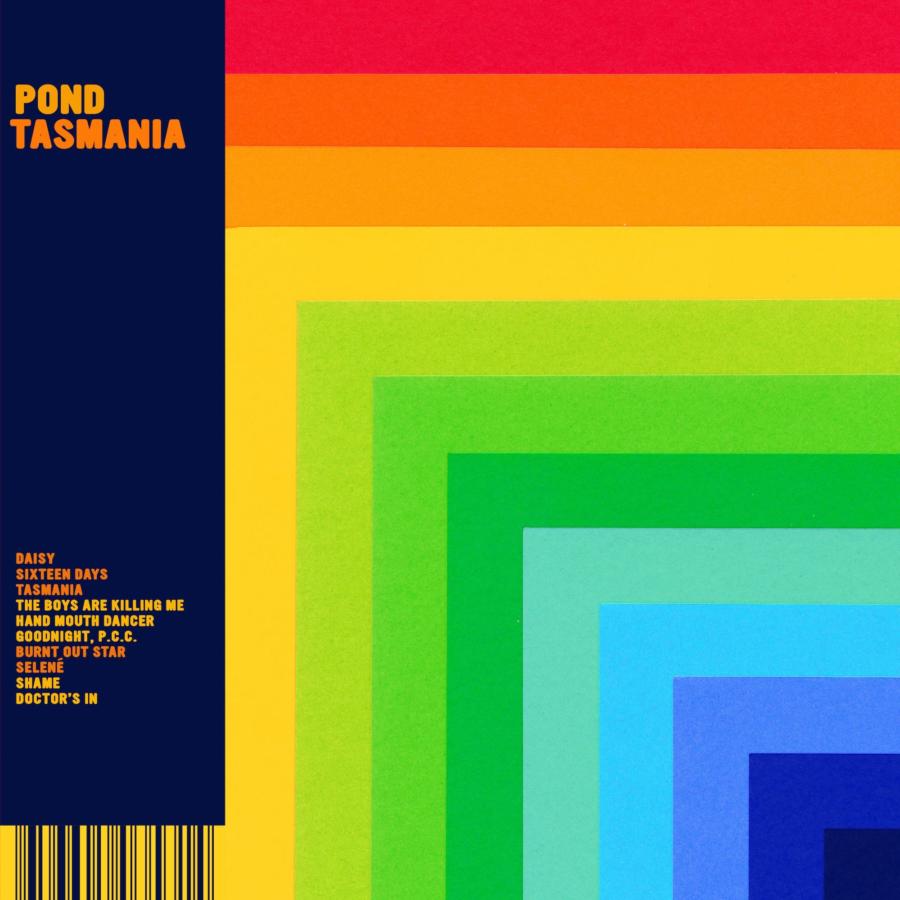 Musically speaking, not much is new on Pond’s eighth album ‘Tasmania’, except for Nick Allbrook’s weighty cynicism about the future of humanity.

I’m getting really bored of hearing about how Pond and Kevin Parker used to be bandmates. Surely, if you’re reading this, you know that by now? Since both bands’ inception, the members of each have been floating in the same creative waters, and pretty much any article written about this album will waste no time in telling you exactly that. Including this one…

Surprise surprise, there’s nothing all that new to report on Pond’s latest album Tasmania. Kevin Parker’s sprawling and instantly recognisable production still sits comfortably alongside Pond’s prog-rock retrospection and much like 2017’s The Weather (something journalists appear keen to brand as Tasmania’s ‘sister album’), frontman Nick Allbrook ponders our impending and self-inflicted demise.

Despite the weightiness of the subject matter, Allbrook remains loyal to his goofball, and often bizarrely executed tongue-in-cheek cynicism. On the album’s title track, he flirts with the idea of escaping the gaping hole in the ozone layer that looms ominously above his home in Western Australia by instead shacking up in (yup, you guessed it) Tasmania, where he can at least wait to be fried like last Tuesday’s pancakes in solitary peace.

Whilst running away to Tasmania might seem like a bit of a cop out, Allbrook appears resigned to the fact that our fate has already been decided. On ‘Hand Mouth Dancer’, he discusses our own futility to force any necessary change. “I’m no hero / just do my hand mouth dance” is a sobering sentiment to the kind of naive metropolitan spiel that justifies the delusion of sipping your Friday night gin and tonic through a compostable, non-plastic straw is enough to save our dying planet.

For a band that once wrote a song called ‘Heroic Shart’, Pond want to relay a weightier, more purposeful message. They don’t claim to have the answers, but Tasmania’s probing pessimism is a guilty reminder of the part each of us often neglect to play. (7/10) (Ollie Rankine)

Listen to Tasmania by Pond here via Spotify, and tell us what you think below!