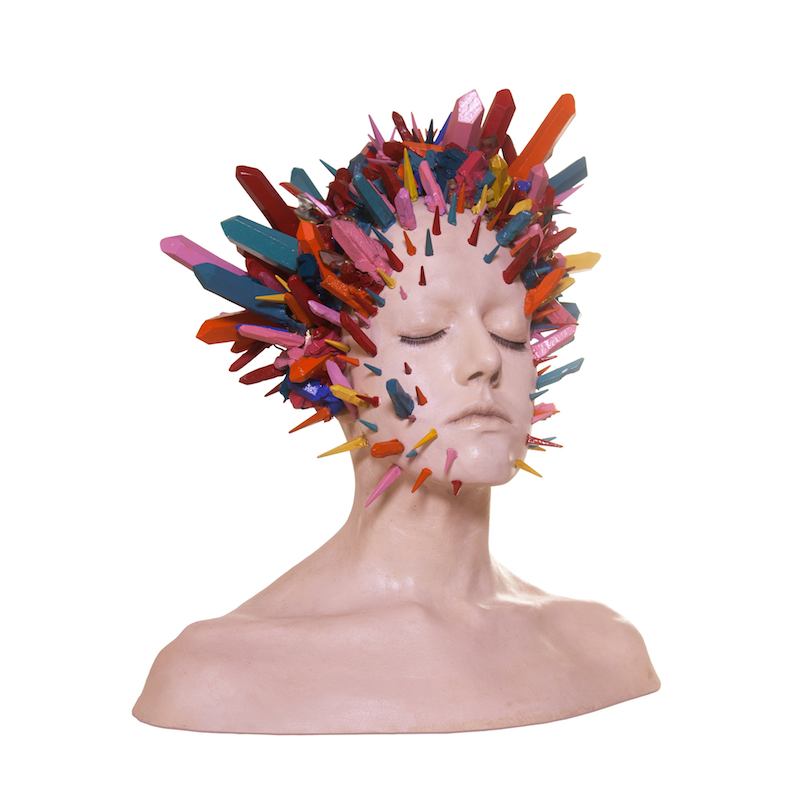 On her debut album, Pixx (Hannah Rodgers) introduces herself in a bold way, delivering songs which are multidimensional and allow the artist’s observant mind to shine through the lyrics. The Age Of Anxiety’s title indicates the intricate nature of its content, which often guides Pixx to speak about the current state of our world and society. At the same time, the London-based artist manages to treat her listeners with an array of electro-pop arrangements, which are complimented with her dark, yet crispy sounding voice.

The album opens with ‘I Bow Down’, a song which immediately sets the tone for honest reflection. The first track on the record seems to present a slightly ironic perspective on empathy, integrity, and kindness – qualities which Pixx salutes and bows down to. On ‘Grip’ an airy chorus and a playful beat contrast nicely with the singer’s weighty contemplation over “a flip of the coin” and “a change of the tide” which might represent the unexpected turns in life.

Pixx continues with her profound observations on ‘Everything Is Weird In America’, where Pixx turns into a storyteller who cries out about loneliness and reminds to “make sure you are not the one to fall”. Right after, one of the most captivating songs on the record, ‘Waterslides’, appears. The track brings out the best out of Pixx – metaphoric lyrics, which depict a state of isolation and confusion, coated with a shimmering beat and polished with an unforgettable hook in the chorus.

What makes The Age Of Anxiety really appealing is Pixx’s ability to put out songs which do not sound pretentious or unnatural in any way. Although, the artist picked a theme which could potentially make her look like someone with a desire to judge and criticize the common things which occur around us, she sounds more like an active participant and a genuine storyteller.

The overall sound of the album is also quite refreshing, due to the mesmerizing electronic influences, as well as the variety of textures and melodic ideas which spread around the LP. At the same time, Pixx concentrates more on delivering interesting thematic concepts than stunning the audience with unfamiliar and over-the-top compositions. Ultimately, The Age Of Anxiety is a record which offers more than just electro-pop tunes and introduces an artist who will definitely try to surprise her fans in the future. (7/10) (Alicja Rutkowska)

Listen to The Age Of Anxiety here via Spotify, and tell us what you think below!