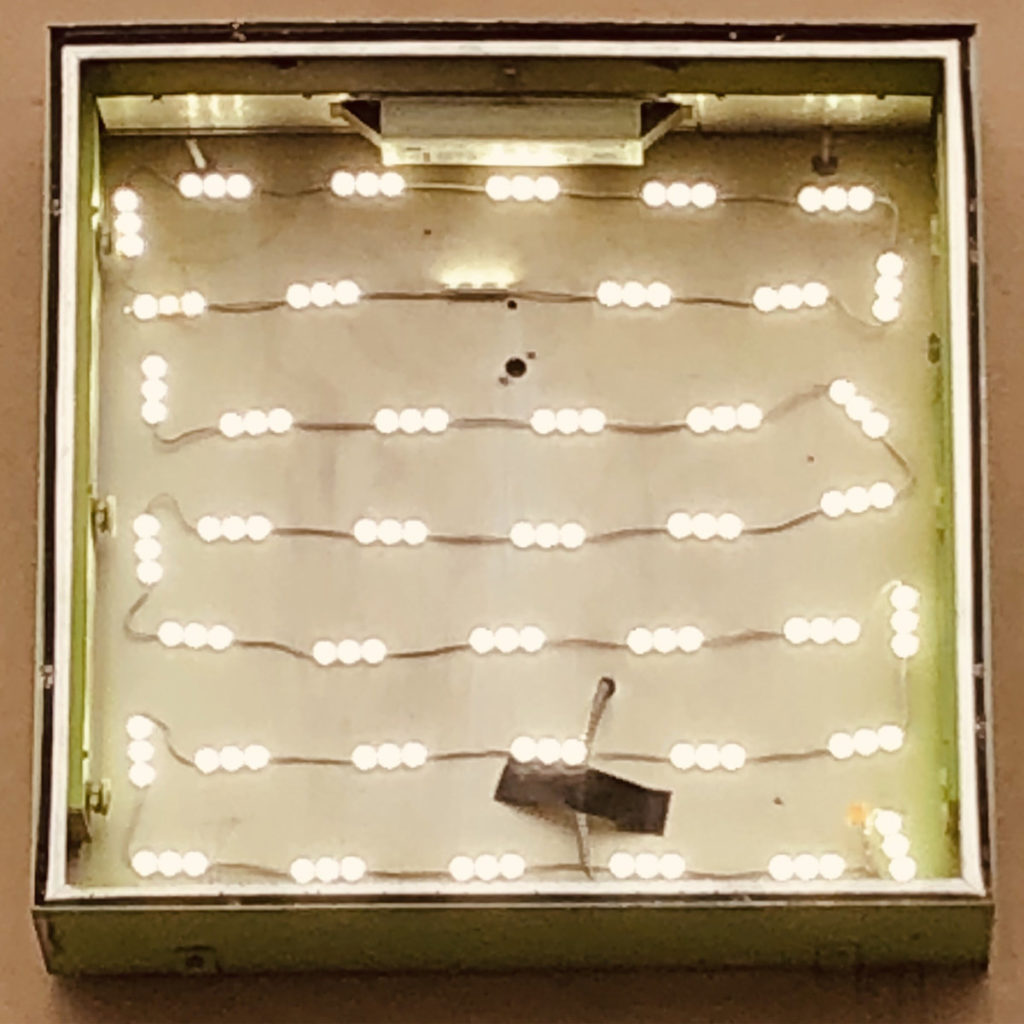 The excellent third Oso Oso album, ‘Basking In The Glow’, sees the ever-inventive and evocative Jade Lilitri reflect on making mistakes in life.

The chorus of ‘A Morning Song’, the sixth track on the latest album by Oso Oso, hits with surprisingly firm power. “Now I know what I want,” belts frontman Jade Lilitri, joined by a burst of cymbals and thick layers of guitar. It’s a moment of surprising certainty, one whose utter definitiveness stands in relief against the shakiness and unease that characterise much of Basking In The Glow. But just as soon as this declaration is made, Lilitri veers back into uncertainty: “Future I can’t see / I’m trying to find my own two feet / I was leaning on something / I was leaning on nothing.” Everything is in flux in Lilitri’s world (the image of a carousel “spinning straight to hell” from later in the album seems a pertinent one) and even those flashes of stability are counteracted by swells of anxious confusion –– something can become nothing in the blink of an eye.

Lilitri is the primary creative force behind Oso Oso: not only does he write the songs, he also plays almost all of the instruments on the records (the drums are handled by Aaron Masih). But here he seems tapped into an even more explicitly personal vein than ever before. 2017’s excellent The Yunahon Mixtape played out as a string of loosely connected narratives spread across a few recurring characters (Nathan, Anne, Hayley, etc), but Basking In The Glow is almost all delivered in the first and second-person. And many of its restless ruminations might be filed under one broad category: fucking up.

These are songs not just about mistakes made, but about making those same mistakes again, and again. On the title track he sings, with his distinctive high-pitched moan, of “falling into old habits” and having to repeatedly step over the same cracks. Whatever progress is gained seems to come only in “microscopic strides.” The perilous and all-too-familiar agony of overthinking (“I hate how I think, I think too much”) acts like a self-fulfilling prophecy, one that only leads to more distress. Once or twice a song Lilitri will drop an especially evocative couplet, one that cuts through the mix and hooks itself into your brain. One of those, coming early on in ‘Impossible Game’, speaks volumes: “Well sometimes you do what you feel / Well most of the time I feel like shit.”

In fact, ‘Impossible Game’ works as a sort of thesis statement in a number of ways. It begins with a guitar riff that recalls the intricate melodies of Death Cab For Cutie (one thinks especially of ‘Cath’), which then opens into a radio-ready hook that seems also to perfectly capture all that Lilitri aims to evoke: “Slow down, feels like we’re rushing away / Tried my hold on this impossible game.” He’s stuck, trying in vain to hold his own world together as it all flies past him; “My feet are running away / But I’m stuck in the sand.”

Lilitri’s pop sensibilities are strong on Basking In The Glow, with songs like ‘The View’ and ‘A Morning Song’ channeling the arena-sized, emo-inflected hooks of bands like Jimmy Eat World or Weezer, but it is the more subdued, elegiac songs that make the largest impact. With the acoustic ‘One Sick Plan’ he envisions his own demise via lo-fi tape hiss and a washed-out vocal effect, and on album closer ‘Charlie’ (the only use of third-person here) he sings of a brief and beautiful romantic fling (“It’s cold, and it’s nice / And it feels so good to stay up all night”), and the inevitability of its conclusion (“Come on Charlie, we all know that song / It’s the sound of someone moving on”). By the time he chokes out his final lines he has been reduced to a broken murmur, backed only by a soft synth tone and languid guitar strums, but still we are left with something more than mere devastation: implicit also is a familiar, but keenly felt, reminder that though we cannot see the future, that shouldn’t preclude us from cherishing the present. (8/10) (Brendan Nagle)

Listen to Basking In The Glow by Oso Oso here via Spotify, and tell us what you think below!