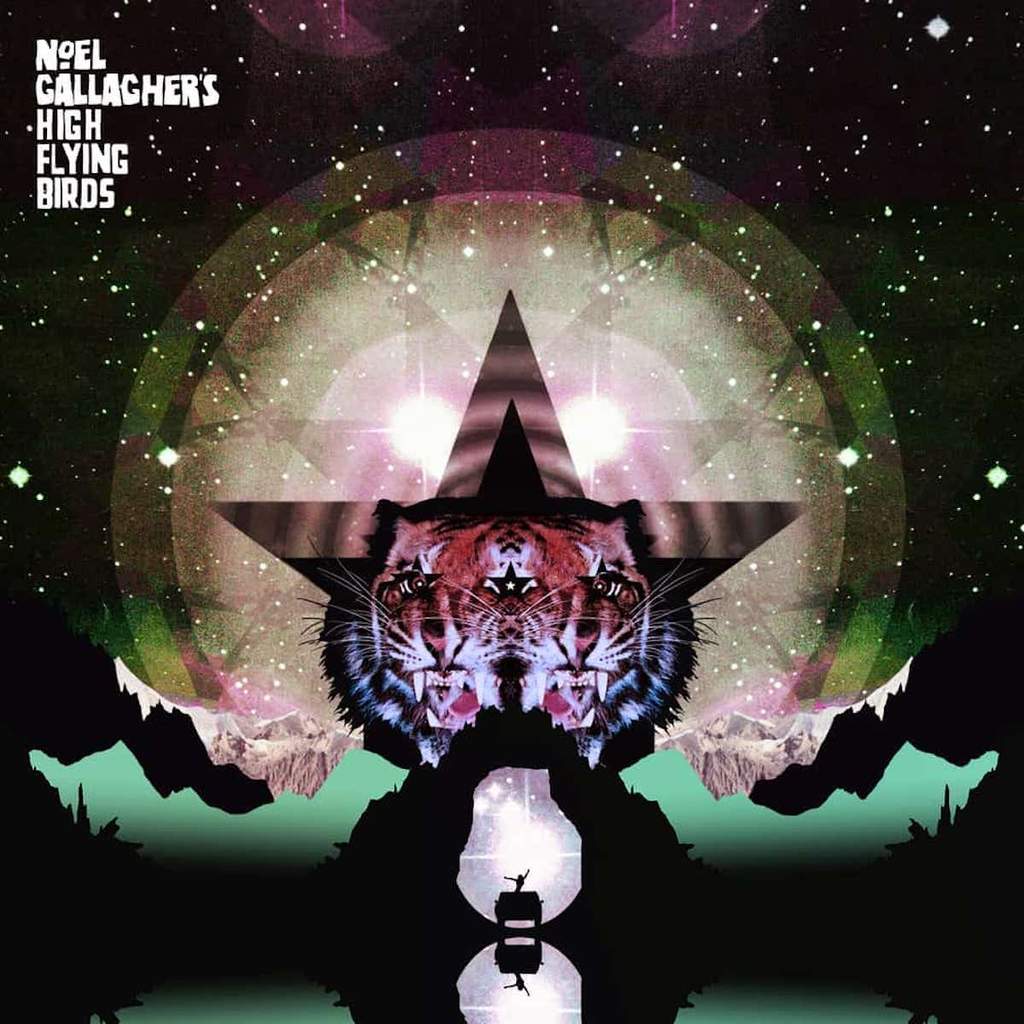 The first of three planned EPs for 2019, ‘Black Star Dancing’ sees Noel Gallagher venture even further into unconventional territory, but with mixed results.

It’s not known to many, but at one point in his career Noel Gallagher was dabbling in space rock – or at least his own version of it – with production duo Amorphous Androgynous, one of the many aliases of British veterans The Future Sound Of London. To hear ‘Black Star Dancing’, the lead track of his new EP with the High Flying Birds, you wonder why he opted to stop exploring that direction all that time ago – a glitzy, shimmering disco stomp that sounds like an update of ‘80s-period David Bowie (who is slyly referenced in the track’s title) it’s so far outside of what many would expect of Noel. Perhaps it was re-awakened in the process of working with David Holmes on his last proper studio album, 2017’s Who Built The Moon?, which forced him so dramatically outside his well-worn comfort zone. Either way, it makes you speculate as to how much better his High Flying Birds work would have been if it had been coaxed out of him sooner.

Anyway, Black Star Dancing is the first of a reported three new EPs that Noel’s releasing with his current back band this year, the second apparently being ‘Mancunian’ in sound and the third to arrive at Christmas. Diversity of sound and influence seems to be the aim with this instalment, with third track ‘Sail On’ a rambling folk ballad for the high seas, in the spirit of modern artists like First Aid Kit and classic Gallagher acolytes like The Coral. While much more conventional and unforced, it’s still as different as anything the former Oasis man has done. In the context of the other two original compositions, ‘Rattling Rose’ comes a distant third, an underwhelming, middle-of-the-road Americana cruise that makes no impression, its sharp left-turn into psychedelic territory coming off as arbitrary and tacked on.

Rounding out the EP are two remixes of the title track. The 12” mix of ‘Black Star Dancing’ does little other than add an almost imperceptible layer of shine to the original, while the ‘Reflex Revision’ remix spreads the track out to a slightly unnecessary 10 minutes and luxuriates in the groove. While they may be little more than perfunctory, it does bring out some of the latent acid house tendencies that Noel’s work has dabbled in, dating right back to when he hooked up with The Chemical Brothers for the raucous ‘Setting Sun’ back in the mid-Nineties.

Quite what Black Star Dancing means in the long-term for Noel Gallagher and his output is anybody’s guess, but along with Who Built The Moon?, it does again demonstrate that he can turn his hand to surprisingly outré styles (for him, anyway) and pull it off with a reasonable degree of conviction. (6/10) (Ed Biggs)

Listen to Black Star Dancing EP by Noel Gallagher’s High Flying Birds here via Spotify, and tell us what you think below!