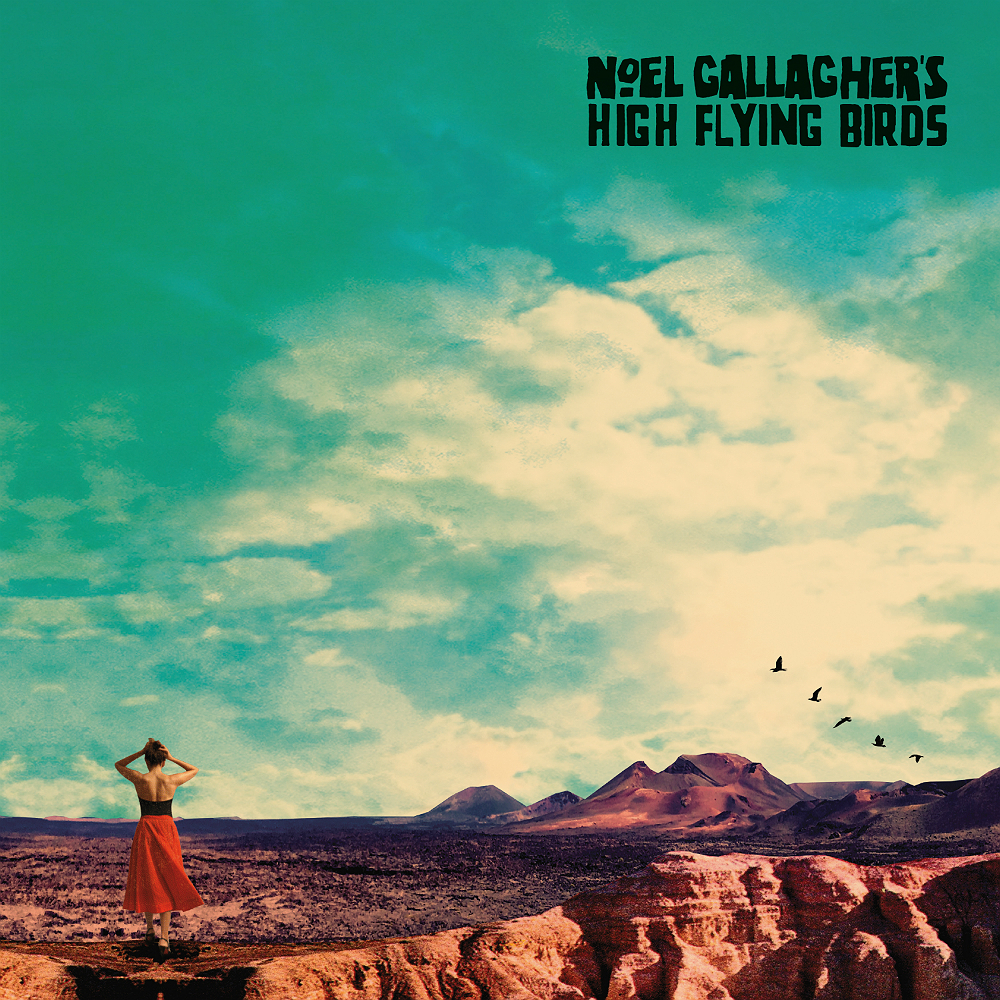 Fizzing with invention and the spirit of experimentation, ‘Who Built The Moon?’ finally delivers on the rhetoric that Noel Gallagher has been exhorting for nearly two decades.

The public battle for the soul of Oasis, primarily played out in entertaining fashion on social media and in various interviews including Liam memorably likening his older brother Noel to a potato, has had the important knock-on effect of actually yielding some interesting music from the Gallagher brothers. With Liam’s forceful and surprisingly decent effort As You Were just over a month back, quickly followed by the genuinely excellent first single from the third Noel Gallagher’s High Flying Birds album, Who Built The Moon?, it seems as if an arms race of sorts has developed between the warring siblings – on record as well as in the press.

This state of affairs is a far cry from even the relatively recent past. When Liam Gallagher was building up to releasing the second and final Beady Eye album back in 2013, he said “We’ve experimented or whatever it is, what more do you fucking want?” Of course, BE turned out to be a lumpen bore, with only the faintest of lip service paid to what passes for experimentation in the Gallagher mindset, and Beady Eye passed away in ignominy.

This anecdote is important insofar as Noel, too, has often talked a big game when it comes to changing things up, only to keep things very safe and conservative, on album after album, for the last two decades. Every Oasis album since their Britpop heyday had demonstrated precious little invention, and his two previous efforts with High Flying Birds hardly saw his new band soar – more maintaining a low safe-cruising altitude. However, Who Built The Moon? is where Noel FINALLY comes good on his rhetoric.

READ MORE: Liam Gallagher // ‘As You Were’ reviewed

Produced in league with electronica wizard David Holmes, Who Built The Moon? represents a massive broadening of the Gallagher palette, and a dimension jump in terms of his approach to songwriting. The vague overtures to psychedelia of 2011’s Noel Gallagher’s High Flying Birds and 2015’s Chasing Yesterday have now bloomed into full-on commitments to messing around with song structures and Noel’s fanbase’s expectations of him. Recently turning 50 seems to have brought about a renewed sense of impetus.

However, the melodic intent has not been entirely sacrificed, and Who Built The Moon? is still recognisably of a piece with previous works, not breaking with the past entirely. Indeed, with guitarist Gem Archer and drummer Chris Sharrock in the band, the current High Flying Birds formation constitutes 60% of the final line-up of Oasis in 2009.

The quasi-instrumental opener ‘Fort Knox’ has Holmes’ fingerprints all over it, and anybody who was a fan of his seminal 1997 work Let’s Get Killed will instantly appreciate the swathes of synthetic Eastern-tinged sound, the ringing bells and wailing backing vocals. Noel’s vocals are so obscured as to render them almost inaudible, and it’s arguably the best opening to any album involving a Gallagher brother since ‘Fuckin’ In The Bushes’.

‘It’s A Beautiful World’ similarly bears the hallmarks of previous David Holmes work, its fiddly breakbeat almost reminiscent of British garage – at least until backing vocalist Charlotte Courbe intrudes with some striking pronouncements in French. It’s like the final Oasis single ‘Falling Down’, if it had had the full courage of its convictions. ‘She Taught Me How To Fly’ has an insistent, propulsive pulse that reminds the listener of krautrock icons like Neu! and Can, overlaid with a trance-like rhythm that could have come from a classic Giorgio Moroder production. The sweeping ‘If Love Is The Law’ comes across like a soundtrack to some kind of sci-fi/Western crossbreed.

However, not everything on Who Built The Moon? is quite as esoteric, and Gallagher knows when to ground things a bit more. The aforementioned ‘Holy Mountain’ is a total delight, a riotous mixture of glam-Bowie with flourishes of sax, soul, and irresistible backing vocals, making for one of the best comeback singles from a rock artist in recent memory. ‘Keep On Reaching’ is a brilliant combination of ‘60s psych-rock and more traditional ‘50s rock’n’roll.

‘The Man Who Built The Moon’ is a suitable grandiose finale for such an ambitious canvas. It lumbers rather unattractively to begin with, but concludes with such a tangible sense of occasion that it feels like a soundtrack to some spy film that hasn’t been written. Bookending the last two proper tracks are a pair of instrumental interludes subtitled ‘Wednesday’, both with a winsome arthouse feel to them.

A couple of mid-pace trundlers back to back in the second half, the swampy, cosmic blues of ‘Be Careful What You Wish For’ followed by the chiming but slightly inert ‘Black & White Sunshine’, lack a bit of the spark of previous tracks and slow the album’s momentum. Noel’s lyrical preoccupations – namely, cod-profundities concerning women with mystical powers and qualities that might redeem the soul of a man – are much the same as ever, but perhaps it’s unkind to hold this against him in the context of such surprisingly rich musical pickings.

The lasting impression is of just how refreshing it is to see Noel operating outside of his comfort zone at last, with somebody there in the studio to challenge him – old dogs really can learn new tricks. He hasn’t been involved with anything as fundamentally weird as this since he provided guest vocals for The Chemical Brothers’ chart-topping ‘Setting Sun’ back in 1996. With the possibility of more solo albums as accomplished, rewarding and creatively energetic as Who Built The Moon?, Noel Gallagher will have no need to reform Oasis any time soon. (7/10) (Ed Biggs)

Listen to Who Built The Moon? by Noel Gallagher’s High Flying Birds here via Spotify, and tell us what you think below!