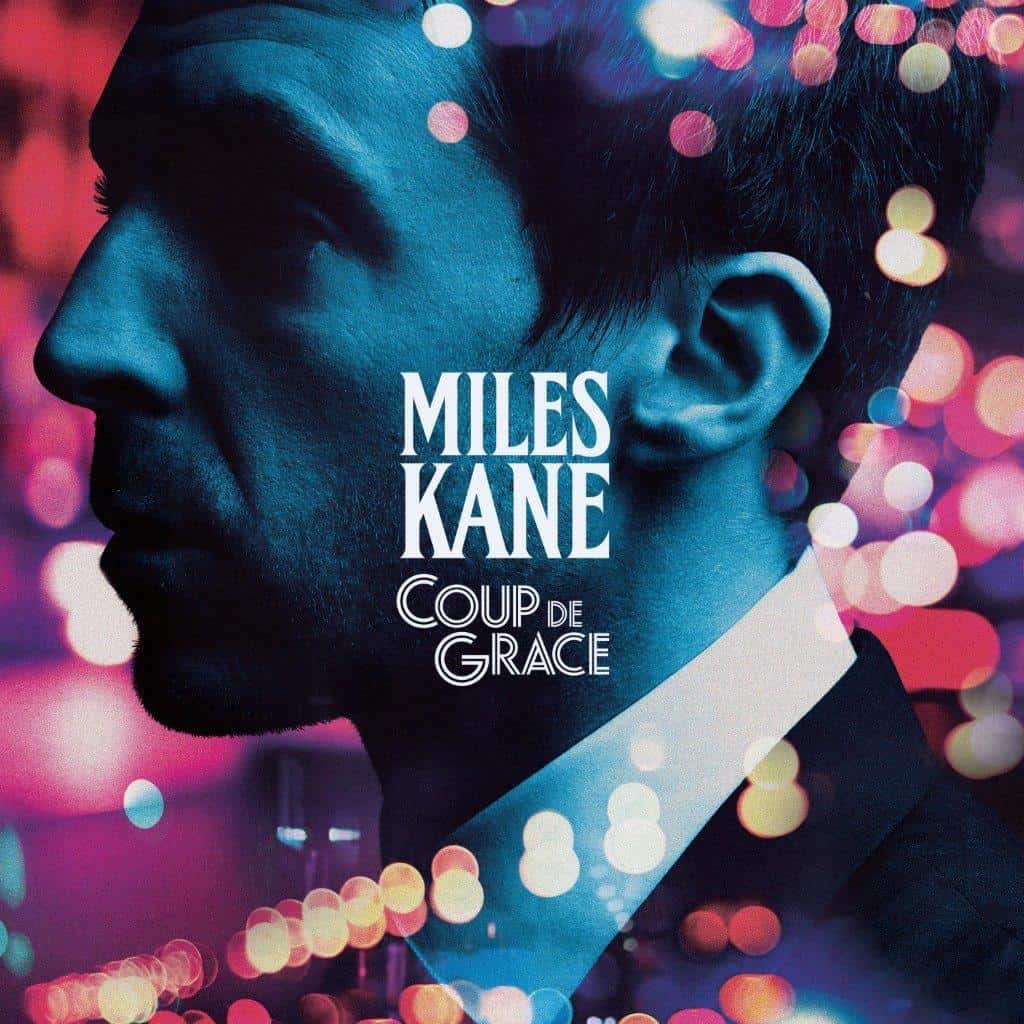 While I was listening to Coup De Grace, my friend asked me what I was listening to. I simply answered “Miles Kane’s new record”. She’s a casual listener – she listens to the radio and if you tell her about an album that you‘ve listened to recently, she‘d tell you that she only heard the singles. Yet she knew. “Oh, it‘s that guy that has a band with the other guy from the Arctic Monkeys, right? Is it good?” I hesitated.

Something of an artistic nomad over the years since the disintegration of mid-Noughties could-have-beens The Rascals, Miles Kane has collaborated with a handful of artists in his time. Most known for co-writing and sharing the stage with Alex Turner in The Last Shadow Puppets, the duo which fleshed Kane out to be a known figure in the music world, he has also worked with many other artists. Kane‘s third studio album Coup De Grace is no exception to this; almost every track here was co-written by Kane and fellow English troubadour Jamie T, and on the track ‘Loaded’ the duo is joined by Lana Del Rey. Reading the credits prior to the release of this album, it felt like it would be quite an enjoyable record.

It comes apparent right from the get-go. The opening track is the fast-paced ‘Too Little Too Late’. The song packs excitement – charged guitar riffs, a racing beat. You just can‘t help tapping your foot to and thinking how you would dance your feet off if you heard it live, and yet it’s a song that you would expect to hear from Miles Kane. Everything about it is just way too familiar even if you aren‘t well versed in his previous projects. This is the case for the majority of the songs on this record. Sadly, the familiarity doesn‘t strike a sentimental or a welcoming feeling; it is just more of the same.

There are a few enjoyable moments on the album, but they are scarce. The previously mentioned co-written ballad ‘Loaded’ by Kane, Jamie T and Del Rey is a good breather after the glam rock over-do on ‘Cry On My Guitar’. The excitement that fizzled out with the end of the opening track comes back on ‘Something To Rely On’, but still lacks that special something to tip the scales from ‘meh’ to ‘good’. The captivating intro of ‘Wrong Side Of Life’ evaporates with the first beat of the drum, which snaps you back to reality that is this album; underwhelming, and heard time and time before.

Coup De Grace is disappointing; the stylistic choices stay the same – a revved up guitar, raspy and wobbly vocal delivery, with each word echoing somewhere in your ear – it‘s what I expect from Miles Kane on both solo and shared projects. After the first listen, I caught myself skipping through the songs a couple times, wondering where the track is going, waiting for an exciting melody, beat or some interesting lyrics. There are some decent moments, but the truly good stuff never came. Kane’s releases have left us wondering whether he can deliver it solo, and to some Coup De Grace may be that final blow. (4/10) (Guste Jakimaviciute)

Listen to Coup De Grace by Miles Kane here via Spotify, and tell us what you think below!