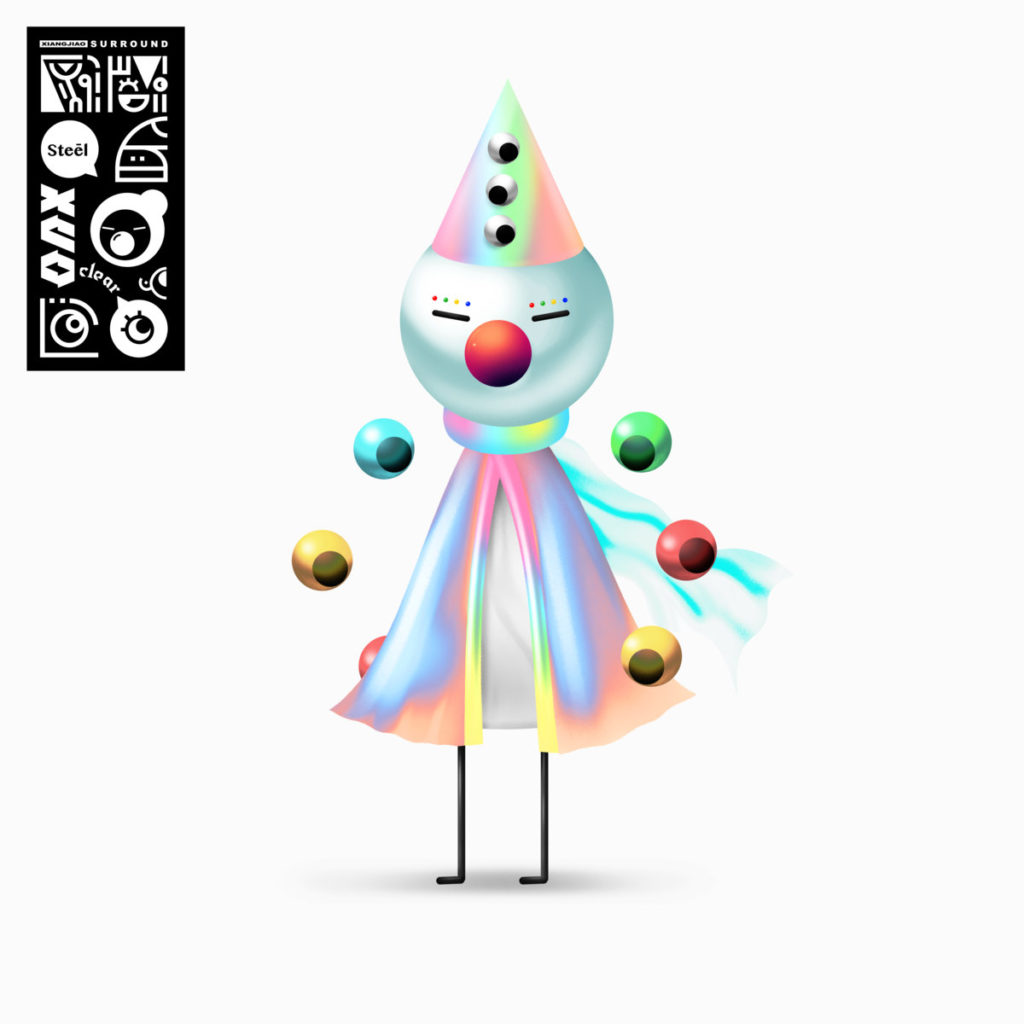 The idea of twin, yin/yang EPs is a masterstroke from Iglooghost, with ‘Clear Tamei’ and ‘Steel Mogu’ each scanning as different but complementary works.

Is there anyone releasing music that’s as purely fun as Seamus Malliagh’s? Since being signed to the Brainfeeder label (home to the likes of Flying Lotus, Thundercat and Ross From Friends), the enigmatic beat-maker known as Iglooghost has made dance music which belongs in a different stratosphere. Starting with 2015’s Chinese Nü Yr EP and continuing into last year’s Neō Wax Bloom Iglooghost has managed to captivate with his frantic style which has won him appraisal the world over.

Now, a year on from his breakthrough debut, Malliagh is back with two EPs titled Clear Tamei and Steel Mogu, and again the music is as kaleidoscopic and visceral as ever. Thematically, the EPs are a precursor to Neō Wax Bloom as we are told the story of a God in infancy Tamei (later Mamu) and his rival Mogu as the latter tries to vanquish the God by travelling back in time. The story isn’t necessary for enjoying the album, but it helps to understand where Iglooghost was at when trying to create the sounds for the dual EPs.

What Malliagh has produced are two eclectic records which work as well together as they do alone. The light and airy Clear Tamei sees bells and innocent natural sounds cascade off one another; ‘New Vectors’ features babies laughing amongst Japanese-infused electronics as builds and drops come and go as if meaning nothing.

For half a track we are lulled into a false sense of security that Iglooghost is calming things down, on title-track ‘Clear Tamei’ where glitches and yelps are infused with a more expansive string selection and elements of glitch-hop. It isn’t to last, and it’s not long until all the familiar elements of IDM and drum’n’bass are thrown into the mix while Malliagh raps in his own made-up language (because why wouldn’t you want to confuse things more?).

This is truly music for the internet age; no sooner are we introduced to an idea is it thrown away as if it meant nothing – if music could be memes, this would be a grumpy cat called Pepe floating through outer space to Bag Raiders. ‘Nama’ borrows from a plethora of sounds again, with elements of JPEG Mafia and Revazz introduced – it’s a refreshing change of pace and one which serves to add to the more varied and expansive sound Iglooghost is approaching.

Conversely, on Steel Mogu the narrative is darker, and the sound palette colder. Dabbling in PC Music, tracks like ‘Steel Mogu’ feature piercing synth work and scintillating snares that hit you in the face and don’t stop until you are aware this is a different beast to the innocence of Clear Tamei.

This darker side to Iglooghost’s work is a refreshing change of pace to what has come before it, both on Neō Wax Bloom and Clear Tamei. 808s ominously kick-start ‘Mei Mode’ before insane beats and sounds are again transformed leaving the listener penned into a corner. It’s as abrasive as it is wonderful and perfectly represents the dueling EPs. Elsewhere ‘Niteracer’ is perhaps the best example of what to expect from an Iglooghost song, and serves as an excellent closer to the project with its toe-tapping user of kick-drums and Aphex Twin styled electronics.

Clear Tamei and Steel Mogu are written about creatures in a new age because we are simply not ready to fully understand the work of Iglooghost. Rapping in his own language because he belongs on his own planet, the sheer volume of ideas coming to fore is frightening. The idea of two yin/yang EPs works wonderfully, allowing each narrative to be fully explored whilst also giving us time to digest what we have heard in the preceding twenty minutes. Where Iglooghost goes next is anyone’s guess – one thing is for certain though, it won’t be Earth. (8/10) (John Tindale)

Listen to Clear Tamei and Steel Mogu EPs here via Spotify, and tell us what you think below!