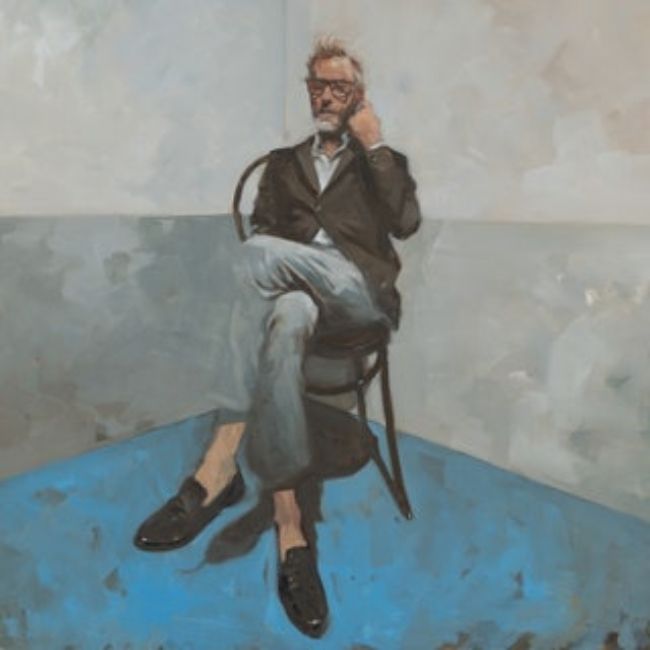 Unlike his work with The National, it’s very much up to the listener with what they want to find in Matt Berninger’s debut solo album ‘Serpentine Prison’.

Matt Berninger’s debut solo album Serpentine Prison presents a different anxiety than his work with The National. If their music varies from anthemic to catatonic, being held afloat by Berninger’s earthy voice, on Serpentine Prison one can sense the beauty of the songs, but feel not fully moved by them, as its focus is obscured. The record seems strangely serene, though muddled with various pains. And whilst Berninger claims his songwriting is no different when he writes for himself than for his other projects, this time Serpentine Prison leaves something more to be desired when it comes to excitement, despite its beautiful, calm exterior. Cosy or claustrophobic? Pleasant or boring? It’s really up to the listener to decide where on those scales Berninger’s newest release lies.

Originally intended to be a cover album paying respects to Willie Nelson’s Stardust by emulating its warm, harbour from the horrors quality, Serpentine Prison ended up a record of originals, focusing on various ‘s***’ Berninger and his peers are going through. It’s definitely heartfelt – Berninger is known for his personal approach to songwriting, still appearing authentic even after mounds of success with The National. His words still cut with the precision he’s known for, yet some tracks fall flatter and more snooze-worthy than others. ‘Take Me Out Of Town’ has that emotional desperation that sticks as it pleads for help of any kind, but only lyrically, as the piano sounds languid and repetitive, albeit the composition is later saved by the rising brass section. Same goes for the opener ‘My Eyes Are T-Shirts’ – the lyrical comparison between eyes and T-shirts surprising, comical and true, the start so promising, but the song stalls. As does the single ‘Distant Axis’ – its chorus intended as something to be united over, a lover one can’t convince to come back, yet it sounds like something we’ve heard before, but not as good.

There are some things on Serpentine Prison that land just right. Its overall soothing mood is a welcome comfort amidst 2020 to say the least, and lyrically it speaks to the overly anxious moods most of us are concerned with. ‘One More Second’ succeeds as that love song that pleads for recognition, for a second chance, for another try, mostly due to its dynamic rise and fitting lyrics. ‘Silver Springs’ shines amongst other tracks as Gail Ann Dorsey’s voice balances Berninger perfectly, the most fitting, refreshing timbre making the ‘let’s run away’ track appealing rather than desperate.

The album’s title track ‘Serpentine Prison’, a monologue of one’s frustrations with themselves, is an appropriate finale, summarising the good aspects of this record. If you’re a die-hard Berninger fan, then Serpentine Prison is a welcome respite, where lyrics rule and the music is there to gently suggest their purpose. If not, this album might be too watercolour for you – it’s absolutely pleasant but without a strong connecting character, without a clear narrative or melodies to latch onto. Without those, it’s too easy to slip into a kind of soft self-loathing, and Berninger’s lyrics will either pull you out of it or push you right down. And yet, Serpentine Prison doesn’t try to pretend it’s much clearer than it is – it sounds exactly as it looks on the cover. It’s Berninger, painted, sitting in a corner, mulling over everything that’s happening directly and by proxy, in a lonely, calm fashion. (7/10) (Aiste Samuchovaite)

Listen to Serpentine Prison by Matt Berninger here via Spotify, and tell us what you think below!