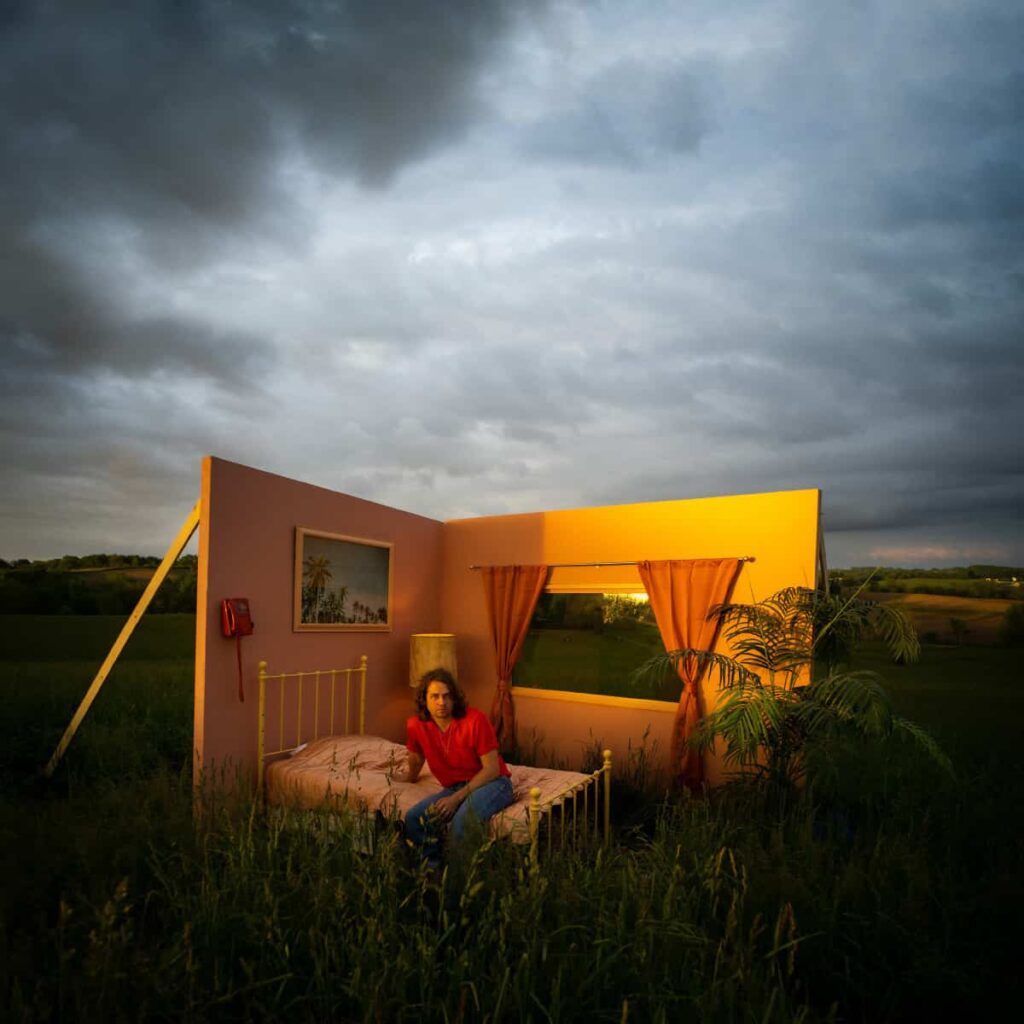 A soundtrack for isolation and reflection, Kevin Morby’s latest album ‘Sundowner’ is likely to be remembered as an outlier in his discography.

It’s perhaps not surprising to see a new Kevin Morby album after his last one, particularly after the tour for 2019’s ambitious Oh My God was cut short because of the pandemic. While Sundowner, Morby’s sixth solo record, was partly made possible because of the time afforded by the lockdown, it is in fact influenced by an entirely different period of isolation. When he moved from Los Angeles back to his hometown of Kansas City in the winter of 2017, the simplicity of his new routines and a great deal of time spent alone inspired him to write the ten songs of Sundowner in his shed/studio space – just him, a guitar, headphones and a 4-track – which were shelved before being finalised and mixed during the unexpected free time in 2020.

In contrast to the comparative maximalism of Oh My God, a secular but heartfelt examination of spirituality expressed with sincerity, Sundowner is a much simpler affair both sonically and thematically. Intended as a “depiction of the nervous feeling that comes with the sky’s proud announcement that another day will be soon coming to a close as the pink light recedes and the street lamps and house lights suddenly click on”, in Morby’s words, it’s a quiet and reflective affair, but not necessarily a sombre one. Right from the Dylan-esque vocal delivery of opener ‘Valley’, there’s a lightness of touch that offsets the paranoia of lyrics like “they all pretend not to know me”.

Lead single ‘Campfire’, featuring backing vocals from Katie Crutchfield, recalls the cleanness and spirituality of Oh My God in terms of its execution, again underscoring the album’s themes with lyrics like “where have all my friends gone?” before segueing into a second half that’s more incantatory and uplifting. Apart from this, Sundowner’s songs see Kevin Morby hang his ideas on very slender musical frames, but in a way that benefits and reflects what is being communicated. The lo-fi acoustic reverie of ‘Jamie’ is an empathetic portrayal of a young man who passed away in his twenties, a classic Morby character study, while the sepulchral ‘Don’t Underestimate Midwest American Sun’, prefaced by the brief overture of electric guitar of ‘Wander’, is a delight. Closing track ‘Provisions’ (“there’s a dead deer in the road up ahead / must be an omen”) is similarly spellbinding.

Although the songs often seem to come down to the simple utterance of common thoughts of doubt, loneliness and paranoia, in Kevin Morby’s hands it seems profound and revelatory. The preternaturally quiet and stunningly beautiful title track ‘Sundowner’ demonstrates this – containing the well-worn lyric “don’t let the sun go down on me”, it’s sung with such hopefulness yet void of optimism that it’s genuinely heartrending. Perhaps it’s the context of 2020 that lends it this extra layer of meaning, but it’s effective nonetheless, and it’s a technique deployed throughout Sundowner. Only on ‘A Night At The Little Los Angeles’ does the approach fail, slowing down before becoming totally static over its long run-time.

Evoking quiet solitude, with the benefits that that provides as a shelter from the mad rush of the world but also the drawbacks of too much of it, Sundowner excellently showcases a very specific part of Kevin Morby’s artistry. Given the nature of its recording and release, perhaps it will represent an outlier in his discography, not quite as definitive as earlier acclaimed records like City Music and Singing Saw, but it’s nevertheless a fascinating addition to it. (7/10) (Ed Biggs)

Listen to Sundowner by Kevin Morby here via Spotify, and tell us what you think below!