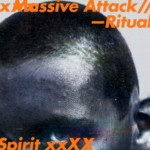 Emerging from the hotbed that was the Bristol scene nearly a quarter of a century ago, Massive Attack were responsible for at least two of the greatest British albums of the ‘90s, maybe even three depending on how favourably you view Protection. 1991’s sublime Blue Lines, celebrating its 25th anniversary later this year, belongs among the all-time greats, filtering jazz, dub, reggae and rap into quintessentially British mixture and projecting it onto the widest of panoramas, while 1998’s moodier, electronically-based Mezzanine took their sound somewhere much more disquieting.

However, from that point on, only Robert Del Naja has remained from the original collective, and Massive Attack became dormant for long periods. 2003’s cumbersome 100th Window was followed, eventually, by Heligoland seven years later, a satisfactory album which did at least something to restore the group’s reputation, but another significant gap separates that work with Ritual Spirit, a four-track EP released in conjunction with the Fantom remixing app. Grant Marshall, aka Daddy G, has clearly had a strong hand in its creation, at last making good on his promise when he rejoined in 2010 to “bring the black back” to Massive Attack.

Each of Ritual Spirit’s tracks features guest vocals, and it’s worth noting that all four artists are black, perhaps reflecting a concerted effort to reach back and embrace Massive Attack’s roots instead of reflexively reaching for the rolodex of Del Naja’s celebrity connections. However, it’s also the only Massive Attack release (except the ‘Danny The Dog’ soundtrack) to not feature Horace Andy, in many ways the in-house vocalist of the group and as integral to their identity as anybody else. These contradictory points, breaking from the past in the some places yet embracing it in others, seems to come out in the wash. While there’s nothing revolutionary here, Ritual Spirit is unquestionably different to what we’ve been getting in the last couple of decades.

Roots Manuva provides the grist for the wheel of first track ‘Dead Editors’, featuring a surprisingly limber and lithe dubstep-influenced beat counteracting a dark, droning backdrop. Incorporating a snatch of Herbie Hancock’s ‘Watermelon Man’, it shows that Del Naja and Marshall are not getting left behind with new developments in the rapidly changing British dance scene and are adapting them to their oeuvre. Azekel’s smoky vocals uncoil around ‘Ritual Spirit’, which retains something of the creeping dread of ‘Karmacoma’ as its crystalline guitar line and drums slither and twist around.

Young Fathers show up on the undisputed highlight ‘Voodoo In My Blood’, and it represents a passing of the torch moment between two regional collectives dealing in groundbreaking music. The Edinburgh trio complement Massive Attack brilliantly, and the pattering, uneasy rhythms and claustrophobic production make it the most urgent thing they’ve recorded in a very long time. Finally, ‘Take It There’ sees them reunite with Tricky for the first time since 1994, with a lurching, tottering beat and paranoid atmosphere reminiscent of the Knowle West Boy’s own career highlights.

That contrast between the new and the old shows that Del Naja and Marshall are prepared to take stock of the past while looking to the future. It’s hard to ascertain whether a 17-minute, four-track EP constitutes a full-blown ‘return to form’, but Ritual Spirit certainly scans as the most enjoyable and engrossing Massive Attack experience in 18 years. Let’s hope it provides a platform for continued good work. (7/10)

Listen to Ritual Spirit here, and tell us what you think below!