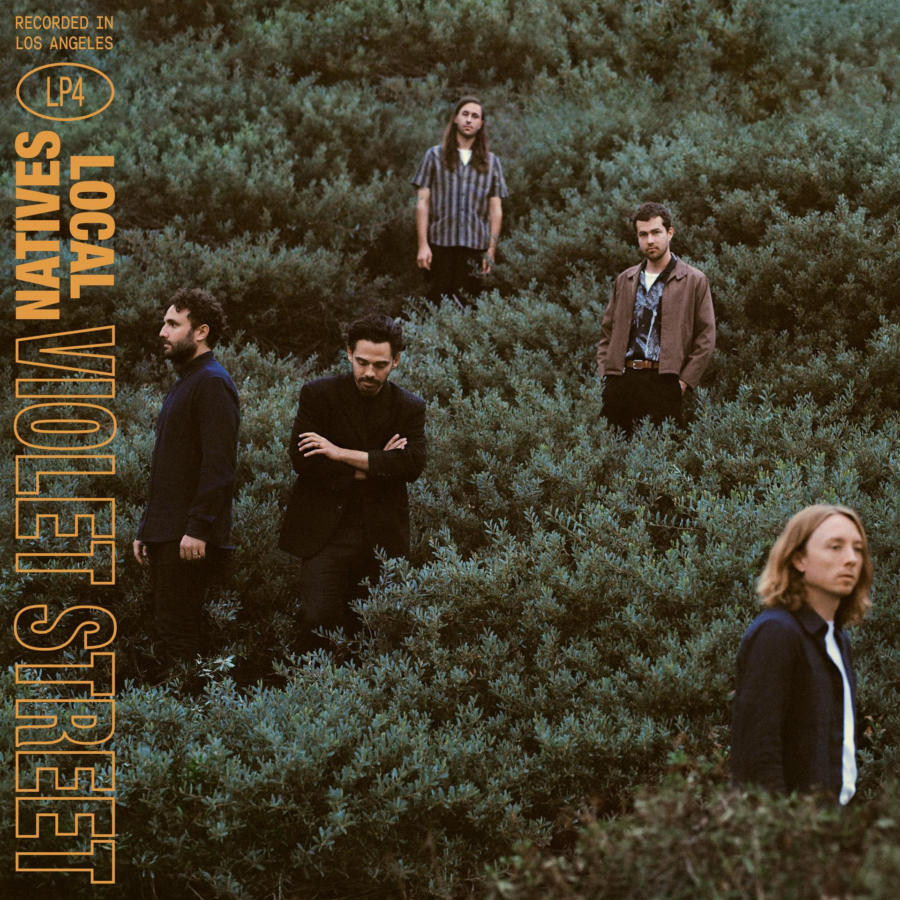 Local Natives’ fourth album ‘Violet Street’ is a much freer expression of their talents than any of their other records.

Violet Street,the fourth studio album from California-based Local Natives, is a reminder that finding fresh dynamic within a band context is something that a group of seasoned musicians very often needs. Following the solid-hand-on-the-tiller feel of 2016’s Sunlit Youth, the band opened up to collaboration and vulnerability, taking inspiration from the vintage methods of writing music and as explained by Taylor Rice (vocal/guitar), simply being together in a studio and bouncing ideas off of eachother was the key to creating an environment where no song was too weird and no sound was out of place.

The band worked on their new record with producer Shawn Everett, whose credits include The War On Drugs, Alabama Shakes and Kacey Musgraves. Recorded in a studio on Violet Street in Los Angeles over a span of twelve months, for which the album was named, the results are a reflection of the rejuvenated Local Natives, whose ability to express themselves without any constraints has resulted one of their best records yet.

‘When Am I Gonna Lose You’ couldn’t have done a better job as a single for the album – anthemic and bursting with energy, the song’s darker build-up perfectly conveys the fear of losing the person you love. The following song, ‘Café Amarillo’ is equally sincere and heartfelt – equipped with an intense bassline, profound lyrics, and topped with mesmerising harmony in the chorus, it’s an uplifting moment, even when “it’s raining on both ends of the phone”.

Each consecutive song on the album also possess something captivating in their melody, hook or lyrics – Local Natives confronted their lived experiences and based their storytelling on authentic connections, struggles and reflections. ‘Shy’ examines the idea of toxic masculinity, while ‘Garden Of Elysian’ brings out the nostalgic side of the band with some of the best lyrics on the album.

Violet Street closes with ‘Tap Dancer’ which ponders the passing of time and the concept of the past being simpler than the present: “I don’t know, Everything was easier before / Take me back, Before I knew of artificial roses”, Rice croons. When the album reaches its conclusion, it’s difficult not to appreciate Local Natives’ openness, sincerity and sonic creativity, all of which made Violet Street as energising and captivating as it could ever be. (8/10) (Alicja Rutkowska)

Listen to Violet Street by Local Natives here via Spotify, and tell us what you think below!