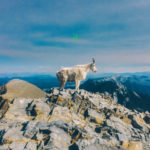 It’s nearly four years since the release of Efterklang’s Piramida, and after recently recruiting Finnish percussionist, Tatu Rönkkö the Scandinavian trio have eventually returned under their new name Liima with debut album, ii. Following four week-long bouts of writing in Finland, Berlin, Istanbul and Madeira, Liima have matured from Efterklang’s previous four albums by establishing a far more complex sound. Liima, which translates to ‘glue’ in Finnish is certainly an appropriate label when considering the recent fork in their artistic journey. Rönkkö’s influence has introduced a distinctly rigid and industrial feel that appears to layer each track and enhance the Efterklang trio’s dreamlike roots.

To begin proceedings with lead single ‘Amerika’, the bounce and funk induced rhythm springs throughout and if it weren’t for Casper Clausen’s more melancholy vocal, it would easily be a sufficient formula to get bodies moving. Third track, ‘Roger Waters’ entwines Mads Brauer’s screeching electronics with Rönkkö’s crashing percussion and unsurprisingly forms an immensely unique progression (before you start wondering, nothing like the prog-rock familiar to Pink Floyd fans) that bizarrely works well before highlighting the track’s merit by erupting into an array of erratic synths.

‘Trains In The Dark’ might be the most conventional tack of the album. Apart from the occasional cascading essence of distortion that falls every now and again around the regimented synth and drumbeat, Clausen’s refined vocal smoothly slides above and makes ‘Trains In The Dark’ possibly the most accessible track. ‘The Woods’ demonstrates Liima’s newfound progressive power before the rumble of guitar distortion returns in ‘You Stayed In Touch With The Wrong Guy’. ii waves its goodbyes with final track, ‘Change Of Time’. Echoing drum samplers accompanied by a further display of droning synths evolve into a fittingly cataclysmic crescendo, certainly a nice way to end.

Although Efterklang’s discovery of Art Pop under their new name, Liima isn’t the most memorable of listens, their long path of progression is clearly visible and something you can’t take away from them is that it’s certainly an impressive transition. The sound may lack the soulfulness of Efterklang, however the addition of Rönkkö to their ranks is definitely not in vain. Their fresh complexity compliments their ability as musicians and it will certainly be interesting to see whether a second album is on the horizon. (6/10)

Listen to ii here, and tell us what you think below!