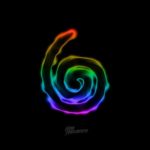 iLoveMakonnen, aka Makonnen Sheran, has long been on the attention of the masses without ever releasing an album and while Drink More Water 6 may not be a debut record, instead the latest instalment in a line of mixtape releases, it feels like the closest thing we’ve gotten from the Atlanta based star. After shooting to fame with ‘Tuesday’ (an R&B styled pop song that got over 100 million plays on YouTube) Makonnen has always maintained a quick release ideology. ‘Drink More Water 6’ is his fourth release in a year and while this is a respectable feat, at times it feels a tired and laboured effort.

Drink More Water 6 is a constant battle between Makonnen’s slacker R&B-tinged pop and an aggressive trap beat and while the trap style may be one that Sheran is used to (the term ‘trap’ originates from Atlanta) it is the former of the two styles which works best. The best thing about Makonnen’s style is his dream-like rapping, and when he gets this going, for instance on excellent opening track ‘Back Again’, the listener remembers just why Makonnen shot to prominence almost two years ago.

The Sonny Digital-produced ‘Want You’ is another example of this as Makonnen combines Childish Gambino-styled pop sensibilities with the laid-back vocal of Drake at his most care-free to excellent effect. But for all the good there are times on the record where this doesn’t work. The back-to-back ‘Solo’ and ‘Pushin’’ feels all too repetitive as a key-infused melody and a predictable rap style leave the tracks falling short. There are more than a few questionable lyrics throughout the record, like the entirety of ‘Sellin’’ and while this is one of the better trap-based songs on the album –it becomes predictable and begins to grate after a few listens.

That’s the fundamental issue with Drink More Water 6: there is a clear talent on the behalf of Makonnen for writing off-beat pop and delivering a calming rap vocal, but by not pushing himself as we’ve seen in the past we’re left feeling hollow as a listener. There’ll be more to come from iLoveMakonnen (probably in the next three months) but if the record feels as care-free as his vocal style does then it won’t be long until the hype train leaves the station. (5/10)

Listen to Drink More Water 6 here, and tell us what you think below!