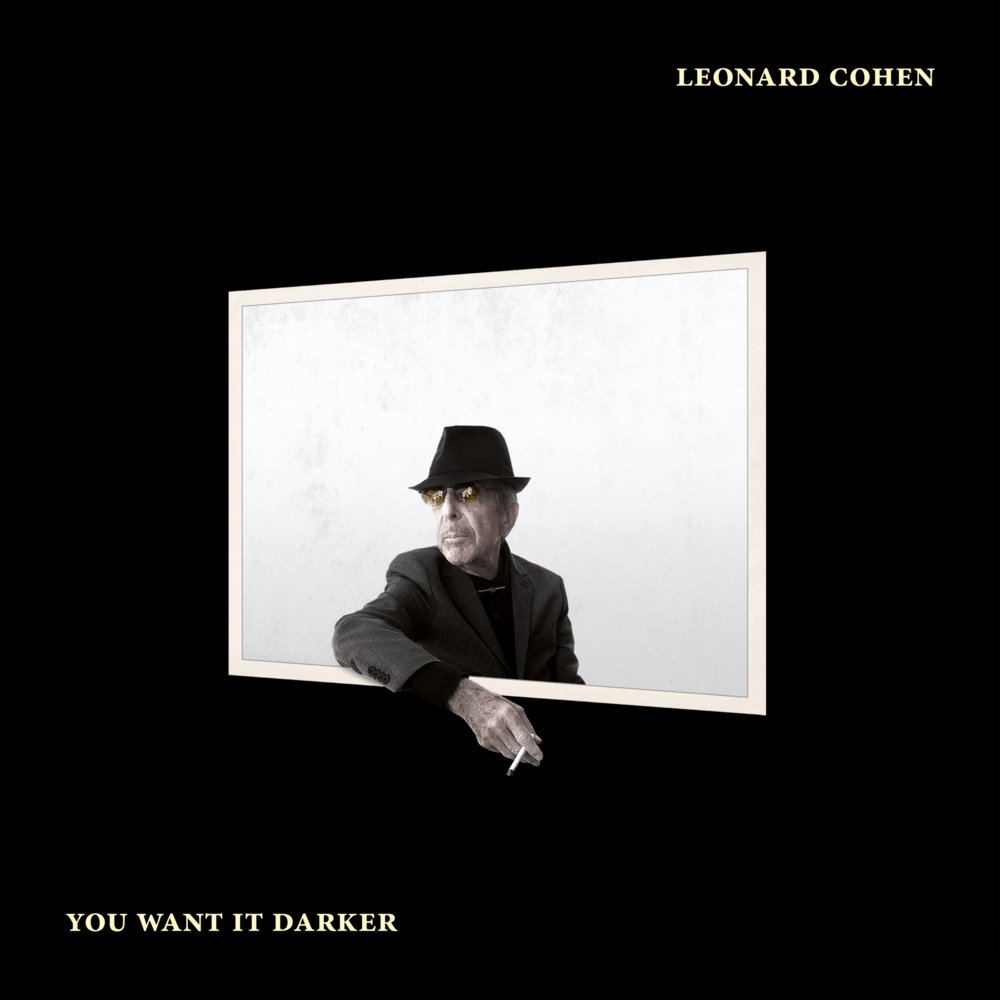 ‘You Want It Darker’ shows an erudite artist still intent on pushing himself and addressing the world as he sees it, even in his eighties.

It’s been nearly three years since Leonard Cohen last walked off a stage after his concert in Auckland in December 2013, rounding off a world tour that had been going pretty much non-stop since 2008, necessitated by the discovery of the theft of most of his career earnings by his former manager. It showed an octogenarian artist still at the peak of his powers in several critical respects, whose newest work was able to stand up to the quality of his classic late ‘60s material, something that couldn’t be said about countless other songwriters and performers from that decade.

But in 2016, several things happened that have put fans on the alert that the fateful year of rock star deaths might be about to acclaim another legend. When Cohen’s long-time friend and muse, Marianne Ihlen (the subject of his signature song ‘So Long, Marianne’) passed away in July, it emerged that he had written to her shortly before her death, saying: “Know that I am so close behind you that if you stretch out your hand, I think you can reach mine… Goodbye old friend. Endless love, see you down the road.” Then, last month, he claimed he was “ready to die” in a New Yorker interview when talking about his future as an artist.

Although he soon backtracked, telling his fans “I intend to live forever”, it’s even more difficult to separate his 14th studio album from his usual themes of bleakness and mortality. However, any student, or even casual fan, of ‘Laughing Len’s work will tell you that farewells (fond, bittersweet, permanent, temporary or otherwise) are one of his most frequent conceits for his songwriting, so it’s perhaps not worth reading too much into the very prominent themes of posterity, faith and finality on You Want It Darker.

Coming just two years after 2014’s solidly enjoyable Popular Problems – a mere blink of an eye in comparison to some of the lengthy waits between Cohen records in the past! – it shows that his unflinching but coolly dispassionate eye for analysing the human condition has not faded with age. What does continue to change, however, is Cohen’s voice. While it remains as burnished, smoky yet clear as ever, it has somehow now gotten even lower and descended into something so growly that even Tom Waits might struggle to do an impersonation.

The title track, set to a ruthlessly minimal and ambient rhythm and kicking off with a funereal lament recorded in the Montreal synagogue in which Cohen’s family used to worship, sets the tone for You Want It Darker. His subtly irreverent and black humour is on display in lyrics like “if thine is the glory then mine must be the shame / you want it darker? We kill the flame”, the sound of a man casting his eye over the state of civilisation in this most depressing of election years, on both sides of the Atlantic. This idea of deceit in politics is again apparent in the lamenting string accompaniment of ‘It Seemed The Better Way’ (“it sounded like the truth / but it’s not the truth today”).

Elsewhere, Cohen’s mind seems to keep returning to the idea of resolution or peace, like a man wanting to tie up loose ends. ‘Treaty’ is a troubled piano ballad, dramatic despite its complete lack of volume, “I’m angry and tired all the time… I wish there was a treaty between your love and mine”, which could refer to religion or personal relationships, both of which have weighed heavily on Cohen’s mind throughout his career. A metaphor for death is plainly constructed on ‘Leaving The Table’, with Cohen muttering resignedly “I’m out of the game”, but later intimating that it might be constructed as indicating the need for sex and relationships rather than life altogether when he says “I don’t need a lover / so blow out the flame”. ‘If I Didn’t Have Your Love’ is a typically romantic and poetic construct, as is the strong imagery of departure and goodbyes on ‘Travelling Light’.

The focus, as ever, is on the lyrics, a necessity for an artist as literate as Cohen, but the arrangements are sparse and haunting without exception, rendered for the most part by his son Adam’s production. ‘On The Level’, constructed from the barest of musical ingredients, could have been made at any point in Cohen’s career since 1984’s Various Positions. ‘Travelling Light’ features flourishes of flamenco guitar that works well with the keening violins and sultry female back-up vocals. The stately ‘Steer Your Way’ is the most expertly guided song in terms of instrumentation, even approaching something like a ‘full band’ sound at times, before ‘Treaty’ is briefly reprised in the final track, with dramatic strings making it a beautiful coda to an absorbing record.

The mere fact that there is a new Leonard Cohen album in 2016 is a cause of celebration in itself, but what makes You Want It Darker truly wonderful is that it shows an erudite artist still intent on pushing himself and addressing the world as he sees it, even in his eighties. Nobody except Cohen can say whether it will be his final album, but, even if the body is weakening, the mind certainly isn’t. (8/10) (Ed Biggs)

Listen to You Want It Darker here via Spotify, and tell us what you think below!