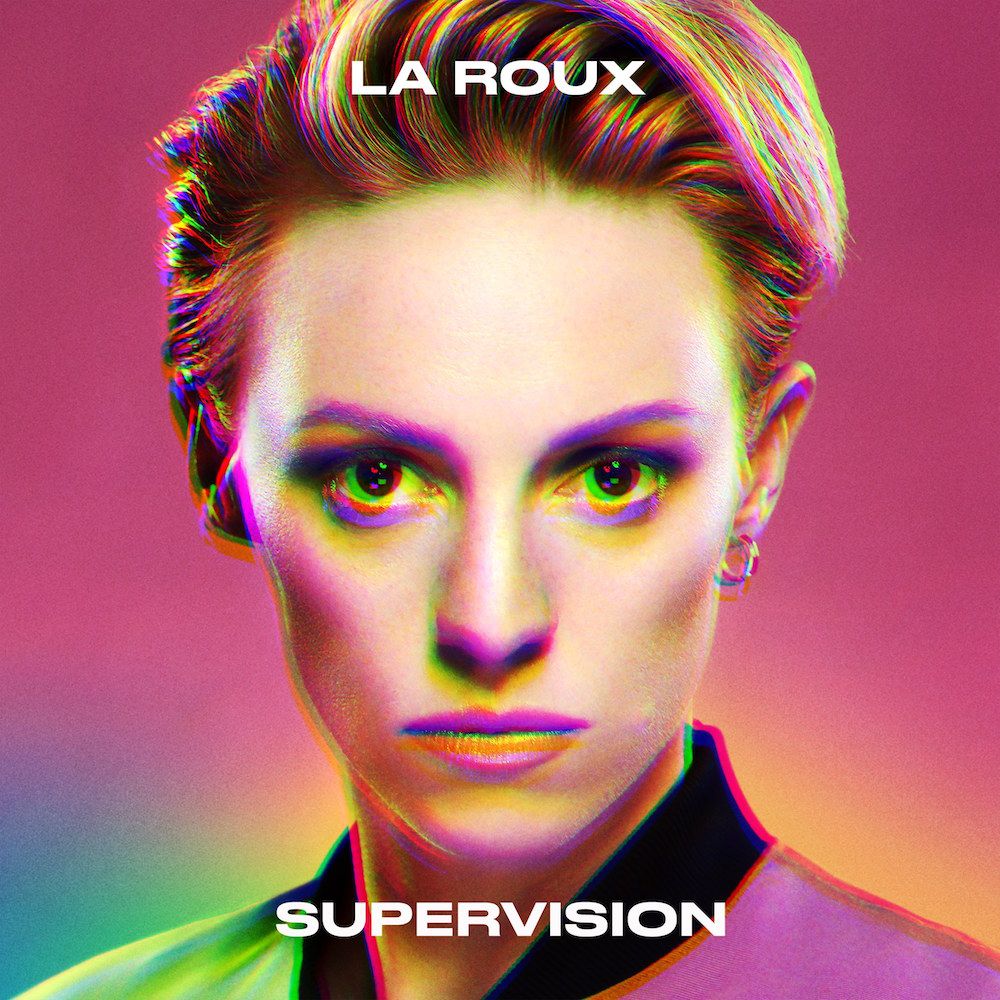 Ever since her last release, 2014’s critically acclaimed Trouble In Paradise, Elly Jackson has been on an arduous personal and professional journey. Citing a maelstrom of break-ups and underconfidence, Jackson has delayed her third La Roux outing, Supervision, by six years, even scrapping an entire album of music in between. Moving away from the distinctive future-synth of ‘Bulletproof’ and ‘In For The Kill’ that characterised her late Noughties rise to fame, Supervision illustrates an artist stripping everything back to the basics. You can’t help but feel that this is a process very much linked to her own recent convalescence, and, like a time of healing, it has its own ups and downs.

As a whole, the album has a refreshingly consistent sound and eschews the modern tendency to bloat the run-time with featured artists and remixes. Supervision is very much a personal album, and one that was largely written by La Roux herself in a bluster of inspiration derived from the events of her life from the past decade. The album must be praised for its focus on substance rather than style, as the songwriting is mostly top notch throughout, with opener ‘21st Century’ and ‘International Woman Of Leisure’ standing out as particular highlights in this field.

Nevertheless, this approach becomes a double-edged sword, as the lack of surprise elements and adventurous sound in the music itself mars some efforts. ‘Otherside’ is pretty forgettable, and ‘Automatic Driver’ seems to blend in with all the other songs like a bland chameleon. Some of these songs might be improved by a little more variance in synth sound design; flashes of this occur at the beginning of ‘International Woman Of Leisure’ and during ‘Do You Feel’s swashy chorus ambience.

Elsewhere La Roux’s back-to basics approach is extremely effective on closer and highlight ‘Gullible Fool’, the album’s Demon Days-like closer, where gorgeous synths build up to a climactic and funky conclusion. Supervision’s sound and songwriting is best encapsulated on this song which combines the best of experimentation and consistency with a melancholic sheen. A song about growing up, ‘Gullible Fool’ is the best lyrically of the album, conjuring up the wispy, ineffable feeling of childhood nostalgia with delicate and heavenly vocals. It’s certainly the most emotionally charged piece on the record and, unlike the other songs which can sometimes seem dry and vanilla, it seems to capture Elly Jackson’s personal odyssey as La Roux perfectly.

Music is subjective, and what works for Jackson on an emotional level is always going to differ somewhat from the unfamiliar ears of the listener, especially in regards to her own music. To this reviewer at least, most of Supervision’s songs do not share the same poignancy as ‘Gullible Fool’, and as a result the album’s full potential is not quite unleashed despite solid song-smithery and a few catchy cuts. (7/10) (Jake Leigh-Howarth)

Listen to Supervision by La Roux here via Spotify, and tell us what you think below!