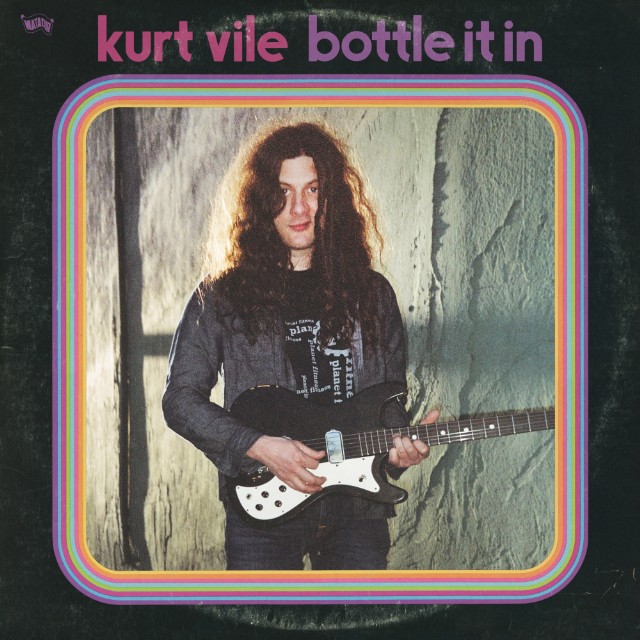 ‘Bottle It In’ is the first Kurt Vile record to potentially split its audience, despite its admirable and mostly successful attempts at expanding his sonic boundaries.

Ever since leaving The War On Drugs a decade ago, American multi-instrumentalist and singer/songwriter Kurt Vile has made a name for himself with his solo releases; with his later releases being backed by The Violators. Beginning with lo-fi home recordings on his debut Constant Hitmaker, he eventually, with great deservedness, gained prominence through his albums Smoke Ring For My Halo and Wakin’ On A Pretty Daze, the latter of which is considered to be one of best records yet. Although having said that, his previous critically acclaimed studio album b’lieve i’m goin’ down… reached #40 on the Billboard 200 and churned out the popular single ‘Pretty Pimpin’. Furthermore, his 2017 collaboration album with singer/songwriter Courtney Barnett, titled Lotta Sea Lice, was a perfect blend of vocal harmonies, songwriting ability and the country-infused guitar tones and melodies.

Now, Kurt Vile is back once again only a year later with his seventh studio album Bottle It In and, like most of his albums previously, exceeds an hour in its runtime, this time including three 10-miunte tracks ‘Bottle It In’, ‘Skinny Mini’ and ‘Bassackwards’. Unfortunately, while Vile shows off his usual aptitudes beautifully, this is an occasion where the album length could have been cut short. Tracks like ‘Cold Was The Wind’ and ‘Mutinies’ are moments where the album lacks quality due to the ponderousness of the instrumentation and are left undermined by the tracks surrounding them.

On Wakin’ On A Pretty Daze, Vile managed to keep the listener hooked even when the longer cuts (e.g. ‘Wakin’ On A Pretty Day’ and ‘Too Hard’) were approaching eight minutes and above in length. Sadly, the same could not be said for ‘Bassackwards’ or the title track, where the guitar melodies are rather generic, by Vile’s standards, and his vocals are not as sharp or precise as they could be. On the other hand, ‘Skinny Mini’ has more vim at its core, where these abrupt, echoing guitar booms appear mid-song unexpectedly.

On the opening track ‘Loading Zones’, Vile dishes out his influence from Bruce Springsteen and a metaphor relating to living free outside of law and bureaucracy. In the music video, Vile receives multiple parking tickets from police officers but comically evades the law by autographing a ticket in one instance and switching cars in another. At the end of the day, in Vile’s words, “That’s the way I live my life / I park for free”.

Ultimately, the golden portion of Bottle It In lies with ‘Rollin With The Flow’ and, best of all, ‘Check Baby’. They both seem to have their own stand-out qualities like what sounds like a pedal steel guitar on ‘Rollin With The Flow’, embellishing the backdrop of the track. Here, the listener gains an insight into Vile’s feelings on how he is judged on being a musician: “Folks said that I would change my mind / I’d straighten up and do just fine / Aw, but I still love rock and roll / I keep on rollin’ with the flow”. ‘Check Baby’ is easily one of Vile’s most compelling, and unorthodox, songs to date. The guitar sections have an unprecedentedly menacing bite to them, and in addition, there’s a tinge of a distortional muffle in the background, further building on the ominous sheen of the song.

The positives outweigh the negatives on this new album and Kurt Vile’s reputation as an artist will remain unhindered despite the record’s faults. Overall, Bottle It In gives the listener a breath of fresh air in some areas, but leaves them wanting more in others. (6/10) (Harry Beynon)

Listen to Bottle It In by Kurt Vile here via Spotify, and tell us what you think below!