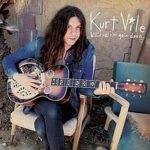 Former member of The War On Drugs and multi-instrumentalist Kurt Vile has become one of the kings of the indie underground, a mainstay on year-end charts since his 2013 commercial hit album Wakin On A Pretty Daze – his fifth record since his 2008 debut Constant Hitmaker. That album saw a change in style towards a use of sun-kissed electric guitar riffs mixed with his distinctive mellow vocals. 2015 marks the first time when a demographic of fans outside of his existing ones might conceivably be anticipating a new Kurt Vile release, and they’ve got this rather sultry new record b’lieve I’m goin’ down. Primarily produced by Vile and bandmate Rob Laakso, the record was recorded in ten different studios across the US. He himself confessed during interviews that b’lieve…’ was set to be a “night album” featuring gloomier melodies.

Drawing influences from absolutely classic Americana influences like Woodie Guthrie and Bob Seger ‘b’lieve…’ is much more in tune with his 2008 debut which was a snarly, downbeat effort mixed with multi-layered melodies. The indigent way in which the album was recorded has given it a travelogue undercurrent. Despite his success Vile is almost quite self-deprecating on this record and is pointing towards his past. Before the release, he stated, “I wanted to get back into the habit of writing a sad song on my couch”. Rather than focusing on hazy electric guitar melodies Vile hones his craft and rationalises it downwards with a return to the acoustic guitar, opting to combine it with dynamic piano and banjo leads.

‘That’s Life Tho (Almost Hate To Say)’ has a swell of stunning acoustic melodies underneath Vile’s hazy vocals. It’s a fine partnership along with opener ‘Pretty Pimpin’’ which develops into a recognisable Kurt Vile track complete with a complex finger-picking guitar pattern. The track tells the tale of Vile waking up and not recognising himself, which points towards a loss of identity and a confused state of mind. Vile lets the guitar work do the talking on tracks including ‘Wild Imagination’ which is reminiscent of his work on 2011’s Smoke Ring for My Halo which is the closest thing to a “night album” from his previous work. The track’s stripped down approach makes it the most intimate moment on the record. ‘Wheelhouse’ is very similar in the approach and mood.

Other instruments are brought in on tracks including ‘Life Like This’ which is a piano-led ballad which features intricate staccato guitar work. ‘Lost My Head There’ also draws a similar pattern with piano led instrumentation alongside hazy, soulful synths. There’s very little in terms of a leap in style throughout the record but it certainly harks back to his older material, which is perhaps reflected in the running lyrical theme of identity. It doesn’t thrill as much as Wakin’ On A Pretty Daze did with the electric influenced, radio-friendly ‘Air Bud’ and ‘KV Crimes’, but dig a little deeper on B’lieve… and you will find a much more organic approach with a greater focus on Vile himself. (7/10)