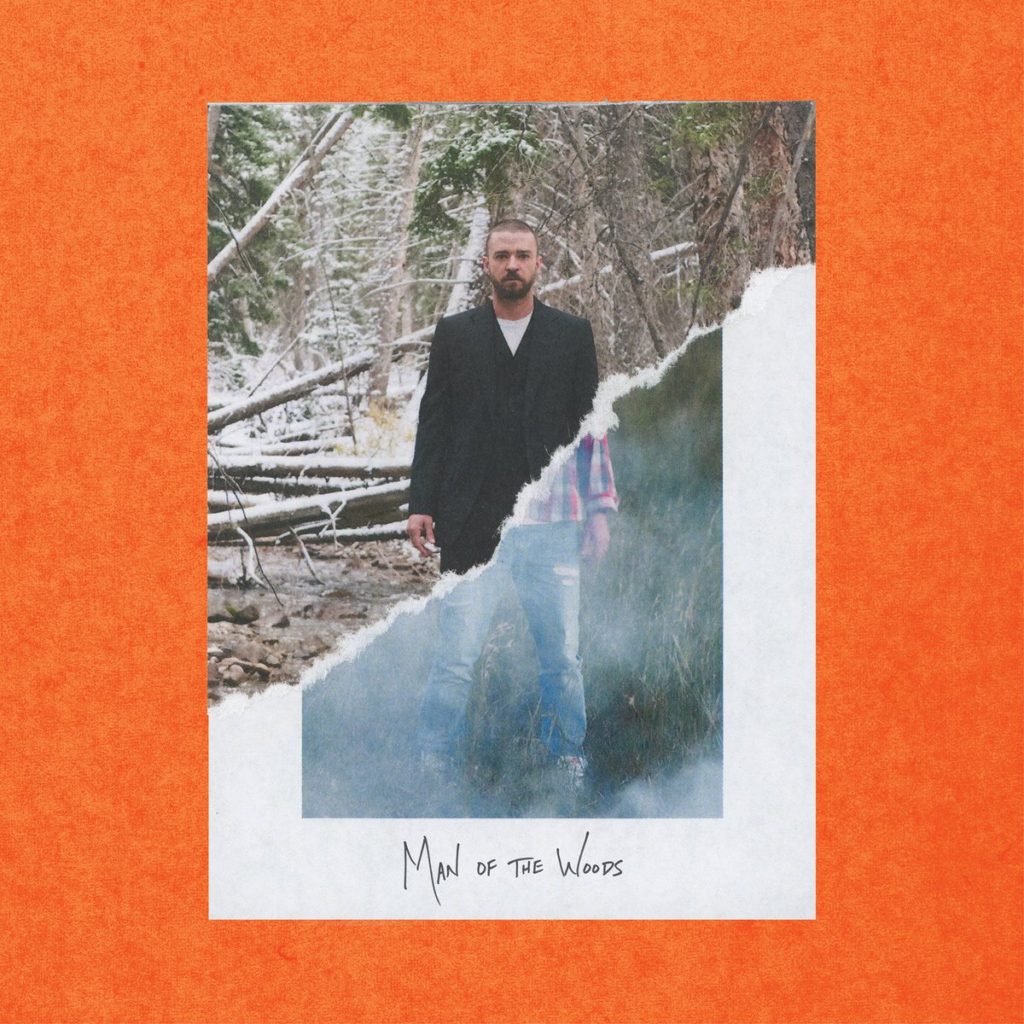 A muddled mess of an album that sounds like a mid-life crisis being committed to record, ‘Man Of The Woods’ is an incoherent aberration from an artist who should know better.

When you think of Justin Timberlake, you think of the smooth-talking, falsetto-singing showman who brought Sexy Back in the early noughties, right? Well, just one look at the album cover for his latest record, Man Of The Woods, is enough to tell you that those days are over. The term ‘mid-life crisis’ is perhaps a little harsh, but it’s hard to think of another reason why this generation’s King Of Pop has ditched his sharp suit and tie for an old flannel shirt, suddenly adopting a new humble, at-one-with-nature persona. Even his recent Super Bowl Halftime Show performance – a gig that was arguably made for a performer like Timberlake – was a flop.

In a YouTube video announcing the album, Timberlake claims (over shots of him in a vest making a fire and slow-motion horses running through fields), that this album is “inspired by…more so than any other album I’ve ever written, where I’m from”. For those who don’t know Timberlake any further back than the ‘NSYNC days, this is Memphis, Tennessee. Other labels that JT has thrown around in interviews to describe the album’s sound have included: “Southern American music”, “modern Americana with 808s” and most insightfully of all, “like wild west… like now”. And this inability to pin down what on earth is going on with Man Of The Woods is reflected no better than in the songs themselves.

From the ridiculous rockabilly guitar of ‘Wave’ to the half-hearted trap beat on ‘Supplies’, Pharrell Williams’ usually sleek and controlled production is all over the place here. But as random as it is musically, Man Of The Woods does have a pretty clear message throughout. In fact, the going-back-to-my-roots and I-love-my-family mantra is hard to ignore; it’s shoved right in your face. There’s ‘Livin’ Off The Land’, which presents Justin as some kind of salt-of-the-earth, hard-labouring lumberjack (“I break my back and I work all night”). Or ‘Hers (interlude)’, in which wife Jessica Biel purrs about how Justin’s flannel shirt makes her “feel like a woman”. It’s all very sickly.

But that’s not to say that Justin’s not tried to maintain his cool pop star legacy. Take opener and lead single ‘Filthy’, which attempts to recall the jaunty rhythms and risqué lyrics of Justified or FutureSex/LoveSounds. But the result is awkward, forced and as unnatural as the weird robots in the music video. ‘Sauce’ makes a similar attempt, this time with a hint of funky guitar work and a nice chord progression but again, it just ain’t no ‘Cry Me A River’.

Evidence of Timberlake having lost his flirting skills is also seen on ‘Breeze Off The Pond’ and its nature-based love metaphors. Lyrics like “what we got is solid as oak” and “grass is greenest when you’re here with me”, over a plodding, one-dimensional drum machine will have you rolling your eyes.

But once you’ve accepted that the 37 year old married father Justin Timberlake perhaps isn’t the seductive man he once was, the best moments on the album can actually be found in the more understated numbers. Both ‘Higher Higher’ and ‘Montana’ are pleasant laid-back, R’n’B tunes, where Timberlake’s silky tones and falsetto are finally allowed to take centre stage. But elsewhere on the album, they’re hidden behind all that confusing and chaotic production, not allowed to reveal themselves properly.

It’s by no means a bad album, but at an exhausting 66 minutes and 16 tracks long, Man Of The Woods just leaves you feeling very ‘meh’. Its attempt to mix ‘modern’ sounds with a country vibe is a nice idea, but the result is akin to a dad trying, and failing, to ‘get down with the kids’. It would be unfair to expect the same energy as his glory days, but Justin Timberlake’s fifth record proves to have a lot in common with his flannel shirt: outdated, boring and a little bit worn. (3/10) (Alice Williams)

Listen to Man Of The Woods by Justin Timberlake here via Spotify, and tell us what you think below!