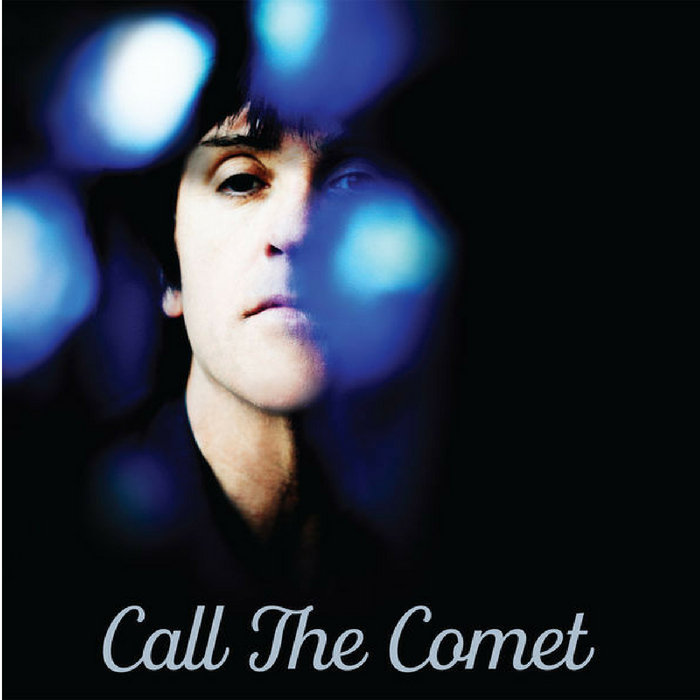 Johnny Marr’s latest solo album ‘Call The Comet’ sees the iconic guitarist get back to basics with an entertaining if sometimes samey collection.

Everybody’s favourite ex-Smith Johnny Marr has become something of a bastion of all that was good about The Smiths over recent months. After a seemingly endless slew of ignorant and offensive comments from the big mouth of Marr’s former partner-in-crime Morrissey, Smiths fans have flocked to the guitarist, in search of a figurehead who still stands for everything his iconic ‘80s group were about and who has the tunes to match. With this as well as two great albums and a massively successful autobiography, the pressure is on for Marr’s third studio album Call The Comet.

Inhabiting a near-future world in which the human race is calling out to other planets for help, Call The Comet is fertile ground for Johnny Marr’s very Huxley-esque musings on life, politics and spirituality. Lines like “the population is sick and shaking” and “fires are looming, now look what they did” are accusatory and reflective of the man’s vision of life after Brexit, Trump, and the terror attacks in Paris, London and his home of Manchester. There’s definitely a yearning for a new order to sweep away the establishment, and the right-wing systems that currently rule us. However, the vein of inspiration that runs through this very conceptual non-concept album is veiled beneath layers of meaning, not immediately apparent but all the more poetic for it.

As is to be expected from Johnny Marr, one of the best British guitarists of his era, Call The Comet is full of brilliant riffs. ‘Hi Hello’ has a very Smiths-y jangle, recalling those ground-breaking days of the early 80s, but the vibe is not totally nostalgic. ‘The Tracers’, ‘Actor Attractor’ and ‘Rise’ have guitar hooks unlike much that Marr has done before, channelling post punk, goth, and the Happy Mondays on ‘Bug’. There’s a range of new influences on Call The Comet. ‘New Dominions’ has a lo-fi electronic drum beat and oozes reverb, heavily reminiscent of Suicide, and ‘Walk Into The Sea’ is slow, dense, and atmospheric, yet still breathless. However, it is this new set of influences that unfortunately lets Call The Comet down.

The legacy of The Smiths is difficult to avoid in the indie music world. Almost every guitarist of the Britpop generation would likely have had a poster of Morrissey and Marr up in their bedrooms, and even the so-called post punk revival of the 2000s owed some considerable debt to The Smiths’ template – ordinary lads with guitars who, with enough ambition and enough to say for themselves, had a shot at “making it”. Unfortunately, this template led to the rise of a mountain of indie landfill records from the likes of Hard Fi, Kasabian, The Enemy et al. In the frustratingly circular way in which these things seem to work, this set of mid-2000s indie groups has, on a superficial level at least, come to have an influence on Marr’s latest album. Tracks like ‘Rise’, ‘Day In Day Out’ and ‘A Different Gun’ seem to seriously lack in imagination, so much so that Call The Comet comes dangerously close to being fileable under “dad-friendly indie rock”, or – god forbid – “dad rock”. Marr’s boundary-pushing drive, with The Smiths, The The, and countless others, has run a little dry and although Call The Comet is perfectly listenable and inoffensive, this is what makes it a little less interesting than it could have been.

Whilst Call The Comet is a worthwhile listen for Marr fans, or anyone who wants to live in the days when The Smiths were a wholesome group with smart things to say, there’s limited appeal outside of a BBC Radio 6 audience. A good effort from one of British guitar music’s biggest legends – it just feels short of what it could have been. (7/10) (Louis Marlow)

Listen to Call The Comet by Johnny Marr here via Spotify, and tell us what you think below!