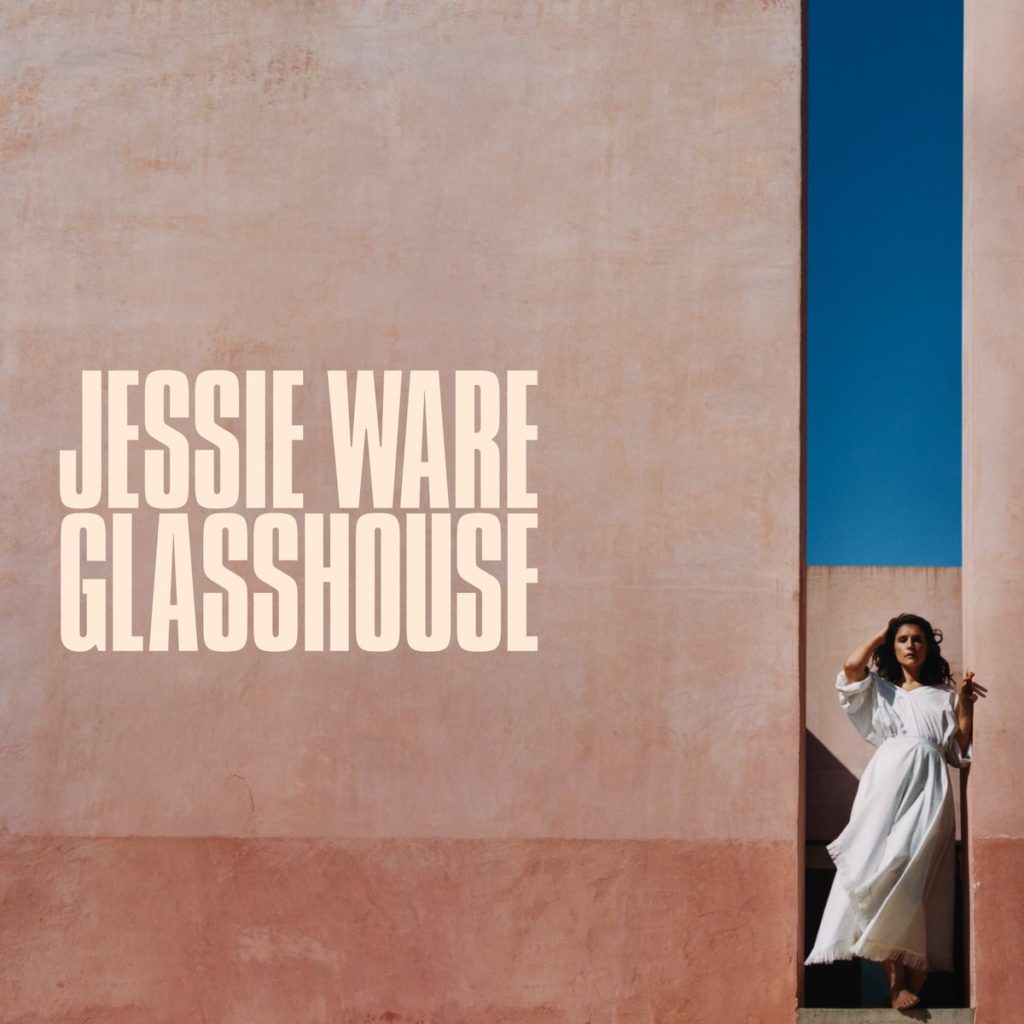 Jessie Ware’s third album ‘Glasshouse’ is her most overtly mainstream effort yet, but still retains her sense of personality and identity.

Almost exactly three years after she last released an album, and having welcomed her first child a little over 12 months ago, Jessie Ware is “fiercely ambitious” for her third record Glasshouse. In an illuminating Guardian interview recently, the 33 year old singer told of her determination to show herself, “and to all the males in music, that make you think having a baby is a weakness, that I can do it.”

Glasshouse is the result of that mindset, the result of a determination to make the momentum she’s built up so far turn into critical mass and mainstream acceptance. However, Ware is also careful not to sacrifice her personality in the process.

Following a number of star turns doing backing vocals for the likes of SBTRKT and Joker, Ware herself admits that her gold-selling 2012 debut Devotion was characterised more by its producers than she would have liked, with cutting-edge studio boffins using her voice as an anchoring point for their trickery. 2014’s Tough Love was a bit of an over-correction, rather lacking in truly memorable tunes in an effort to promote atmospherics. Eight years and three albums into her career, Glasshouse sounds like a woman in full control of her creative process, and determined to deliver something true to herself.

The new album offers a more expansive, mainstream take on her established soulful sound, but just like Devotion and Tough Love, it requires a lot of repeated listens to really sink in. Virtually all of it is good, even quite striking and beautiful, and Ware does a good job in making her own identity and presence felt among the stellar cast of co-writers like Ryan Tedder, Julia Michaels and Francis & The Lights. However, it is rarely transcendentally brilliant in the way one feels it ought to be if Ware’s stated aim of mainstream crossover success is to be achieved.

Glasshouse is best on tracks like ‘Midnight’, the album’s lead single and a strident, confident and spacious track in which Jessie Ware has the room to communicate her personality and performance style. ‘Stay Awake, Wait For Me’ and ‘Slow Me Down’ utilise similar dynamics and set the overall tone for the album.

‘First Time’ and ‘Thinking About You’ both reference her experiences with first-time motherhood, the former detailing the strain it put on her marriage and the latter about her guilt at working while her daughter was still a small baby. ‘Your Domino’ is a much livelier track, faster but still restrained and a genuinely fantastic moment, surely a nailed-on choice for a future single. ‘Selfish Love’ has a Latin feel, with licks of acoustic guitar embellishing the mix, and the whole thing is faintly (and pleasantly) reminiscent of Amy Winehouse’s ‘You Know I’m No Good’.

Most recent single ‘Alone’ is where Glasshouse stumbles slightly, a smooth but entirely interchangeable ‘epic’ pop ballad structure with the kind of backing vocals that characterise many a banal X Factor star’s debut single. Two more tracks similiar to this which arrive back-to-back near the end of the album, ‘Finish What We Started’ and ‘Last Of The True Believers’, the latter a collaboration with The Blue Nile’s Paul Buchanan, might have been best left out of the tracklisting altogether, as they are slightly inert and ruin the record’s momentum.

Like previous Jessie Ware albums, Glasshouse doesn’t hit you upside the head with its immediacy, offering little by way of instant gratification via huge, overtly ‘pop’ hits. That’s fine, though, because there’s quite enough artists offering empty sugar-rushes; Ware has always sought to offer something more substantial and filling. The exception here is the saccharine closer ‘Sam’, a crystalline acoustic rumination on imminent motherhood and which bears co-writer Ed Sheeran’s gooey fingerprints with its overly literal lyrics. One can imagine ‘Sam’ catching fire if given exposure, even though it segues off somewhere far more interesting for its conclusion where an unchecked Sheeran would simply have put a bland final chorus.

Despite her thoroughly likeable presence, Ware’s sense of personality might end up counting against her, meaning that Glasshouse may not be the massive breakthrough success she wants it to be. The current marketplace for smooth, soulful pop aiming for the top of the charts is extremely cluttered, reliant on instantly memorable hooks and melodies blurted out by inane personalities, and she may end up being too interesting for her own good. (6/10) (Ed Biggs)

Listen to Glasshouse by Jessie Ware here via Spotify, and tell us what you think below!