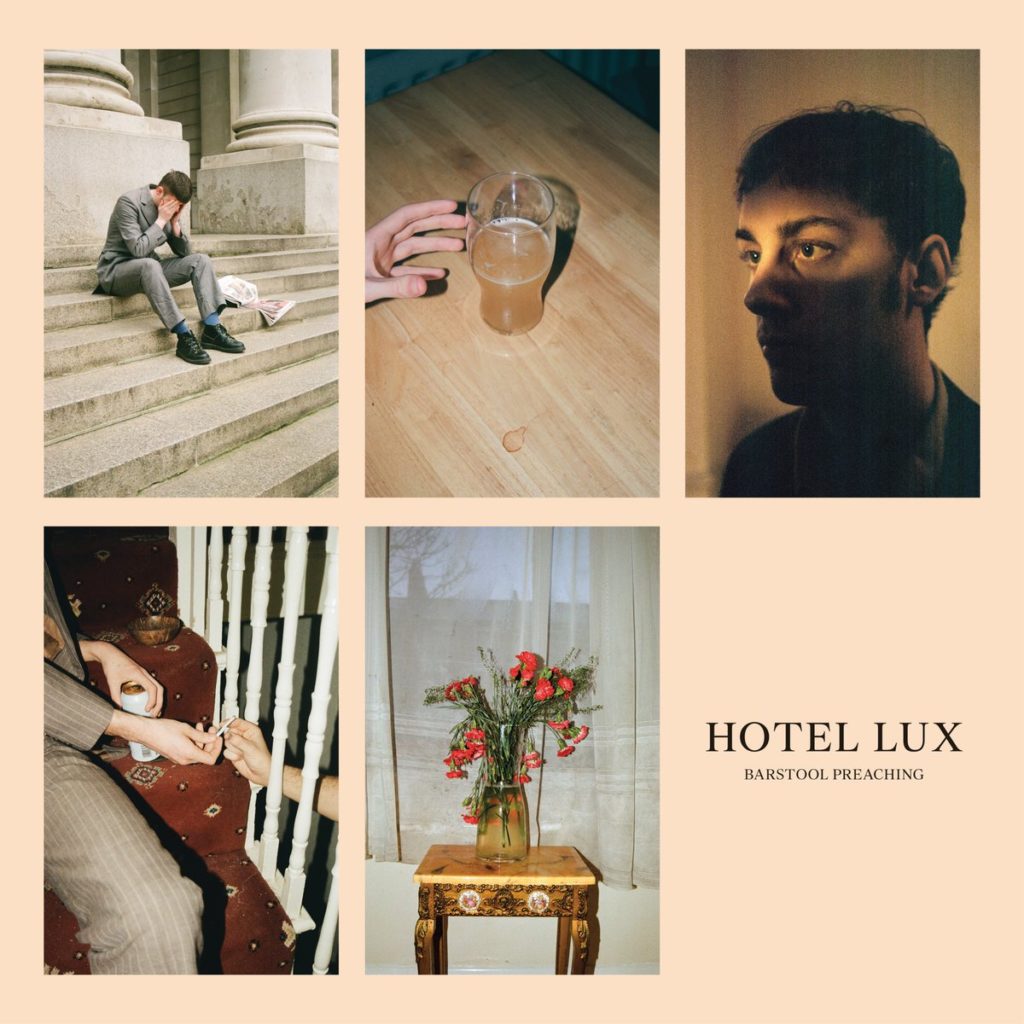 There really isn’t nothing better than discovering a new band that has a potential to become the next big thing, before they actually do. While it might be a little bit too late for a statement like this in the case of Hotel Lux, these young South Londoners are still not an act that you’d want to miss.

Originally from Portsmouth, Hotel Lux are “influenced by the world around them” and make music which can be loosely described as post-punk. Named after a communist safe house in Moscow, the band is not afraid to release songs which are rough around the edges, but authentic, and definitely letting them speak their minds.

On their first bigger release, a five-track EP titled Barstool Preaching, Hotel Lux tried to prove that the buzz created around them over their long line of singles wasn’t unjustified and that they are finally blossoming into something more than just local newbies. The first appeal of the EP is that in its essence it invites the listener to a local British pub, a place that we’ve all probably forgotten about by now (or perhaps can’t stop thinking about!) due to the current circumstances. Hotel Lux take this esoteric atmosphere of a crowded, slightly tipsy room and put it in a song.

On ‘Tabloid Newspaper’ they don’t hesitate to call out those who “love the idea of bending a tale just to make it a better one” to swiftly move on to more personal observations on the following, introspective tracks. On ‘Eddie’s Gaff’ the lead singer Lewis Duffin sings about “wasting life away” to move on to his spoken-word performance on ‘Loneliness Of The Stage Performer’, which leads to a chanting chorus of the track.

Hotel Lux close the EP on a brighter note with ‘Ballad Of You & I’ which stands out from the rest of the songs, yet, works perfectly as the last one on the track list. After all, just like Hotel Lux have emphasized themselves, “the grass is always greener”, yet with their newest release it seems like it might be just enough. Barstool Preaching is an entertaining and cleverly written EP which shows that the band have really been something to look out for. (7/10) (Alicja Rutkowska)

Listen to Barstool Preaching EP by Hotel Lux here via Spotify, and tell us what you think below!