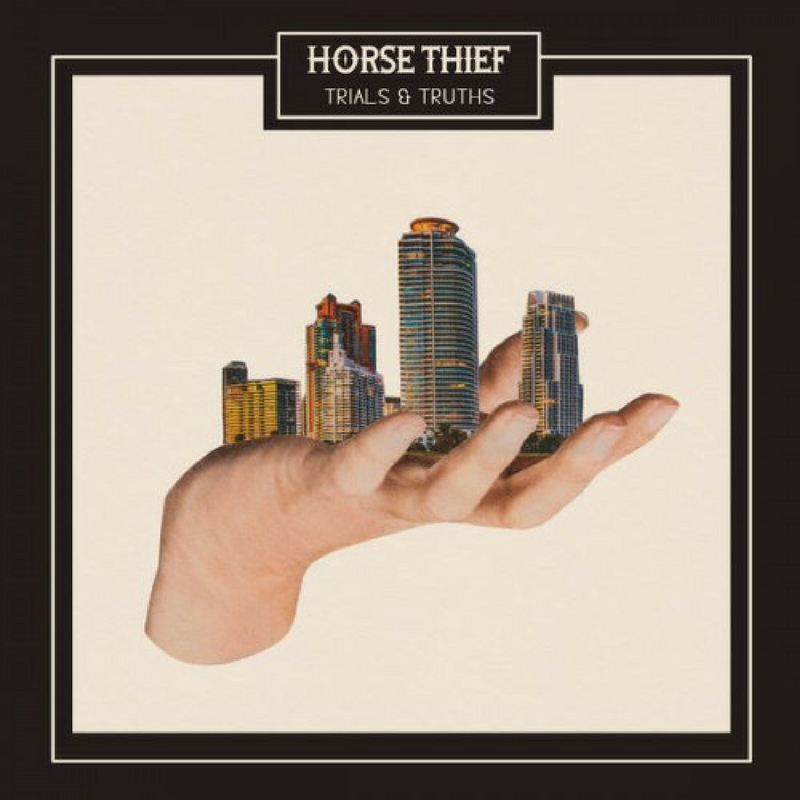 I wish I could open this paragraph with saying something that would make the person reading it, immediately reach for Horse Thief’s new album, Trials & Truths, in order to experience a musical epiphany. Although, there aren’t many artists that are capable of having that effect on the listener, our Oklahoman bunch is nowhere close to making anyone excited about their second LP.

The indie-folk quintet originally formed in 2006 and released their debut album, Fear In Bliss, in 2014 after signing with a British label, Bella Union. Since then the band had a chance to tour and show off their material live, which perhaps works in favour of their folk-flavoured repertoire. However, after getting though the first three songs on Trials & Truths, which open the album in a lively and promising way, there isn’t much left to talk about. Horse Thief leave us with quite a few songs that do not have any shape or colour, and lack the alluring sound of the few opening tracks. ‘Empire’, ‘Evil’s Ring’ and ‘Little One’ seem to have been written for Spotify wanderers that are not only looking for an easy listen, but also for tunes that you don’t need to engage with in any way.

‘Falling For You’ might follow a simple melodic line throughout the whole song, but Cameron Neal’s coarse voice doesn’t help with appreciating the intended simplicity of the ballad. Lyrically, the song couldn’t be more predictable, which might actually be a good thing – combining the quite straightforward sound of the album with complicated lyrical message could have caused even more damage. ‘Million Dollars’ takes us closer to the southern, folk vibes, which should be familiar to Horse Thief, but even on that song the band fails to produce any memorable moment, sticking to the formula that relies on undeveloped melodies and flat instrumentation.

Despite the album being rather bland, there are a few high points on Trials & Truths. ‘Mountain Town’ is definitely the most interesting song on the record, offering a refreshing rhythm that might even remind some listeners of R.E.M. ‘Difference’ and ‘Drowsy’ are also quite pleasant, showing the more energetic side of the band, that Horse Thief will hopefully have a chance to explore while working on their future projects. It would be incredibly satisfying to see the band learn from what they have already achieved and reflect on the bits that might not sound perfect yet. (6/10) (Alicja Rutkowska)

Listen to Trials & Truths here via Spotify, and tell us what you think below!