REVIEW: Glass Animals – ‘How To Be A Human Being’ (Wolf Tone) 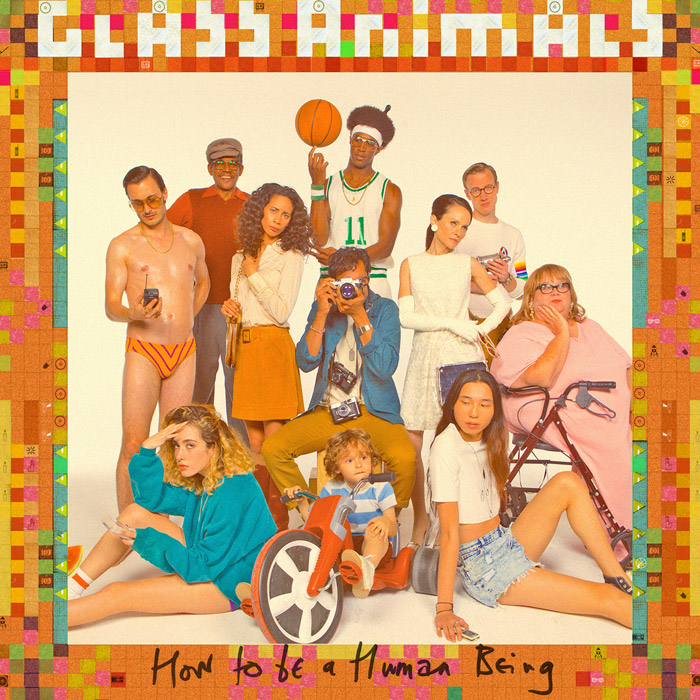 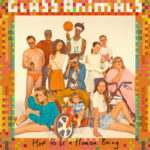 Since their dense and detailed 2014 debut album ZABA, Oxford’s folktronica four-piece Glass Animals have made impressive commercial strides into key markets across the world. America seems to be falling in love with them, and Britain isn’t far behind, with recent single ‘Life Itself’ getting serious radio rotation. Posed with the existential question of a second album – which has stymied many a promising band – Glass Animals have done two things to change up their formula on How To Be A Human Being. Firstly, by using their extensive touring experience across the world over the last few years to infuse their existing sound with storytelling qualities that were previously untapped, with lead singer Dave Bayley constructing character portraits from stories he was told or overheard. Secondly, they’ve prised open their moody, introverted sound to let in some more light and space, the tropical percussion and timbres of ZABA put to more expansive use. The result is one of the most impressive British indie albums of 2016 so far.

The immense musical detail that Bayley and co. have put into How To Be A Human Being is obvious, but it doesn’t prevent the songs themselves from sounding joyous and spontaneous, like the band are jamming it up in the studio. In this way, they now sound rather more like Yeasayer rather than the more commonly used references points of fellow Brits Alt-J and Wild Beasts. The bouncy polyrhythms and shimmery, summery production values of opener ‘Life Itself’ are made for festival afternoons, and set the stall out perfectly. The more sensual current single ‘Youth’, constructed from a tight flute loop and about a bereft mother. The hard-hitting hip-hop-influenced rhythms of their debut are still intact, making the whole album a fundamentally danceable experience in between its bouts of thought-provoking wonderment. ‘Cane Shuga’ is an amusingly rendered facsimile of early ‘00s R&B, like Bayley and his bandmates have deconstructed the sound and put it back together in their own way. The freaky riffing of ‘Take A Slice’ and ‘Poplar St.’ are the most guitar-orientated efforts.

Bayley’s voice is also an empathetic and flexible conduit for the dilemmas and stories of his characters – the tale of relationships drifting apart on ‘The Other Side Of Paradise’ is just such an example, a slower-paced hidden treasure, a slice of devastated R&B-influenced indie that becomes more essential with repeated listens, in which Bayley’s vocals rise to become tremulous and almost pleading. Similar themes are explored in ‘Pork Soda’. Elsewhere, he’s often cryptic and funny with lines like “my girl eats mayonnaise from a jar when she’s getting’ blazed” from ‘Season 2 Episode 3’, a slinky 8-bit jam where his voice becomes more deadpan.

The best moment is saved for last – ‘Agnes’ is a grand album closer, a mix of sadness and joy that compels the listener to feel many things at once, leaving a lingering taste at the end of a pretty delicious selection of musical treats. How To Be A Human Being is a completely logical and immensely enjoyable expansion of the sonics of their debut, with added songwriting chops that Bayley had only really hinted at before. As such, it should be the perfect album to help them capitalise on their current status as Ones To Watch and help them become A Big Deal. (8/10)

Listen to How To Be A Human Being here via Spotify, and tell us what you think below!