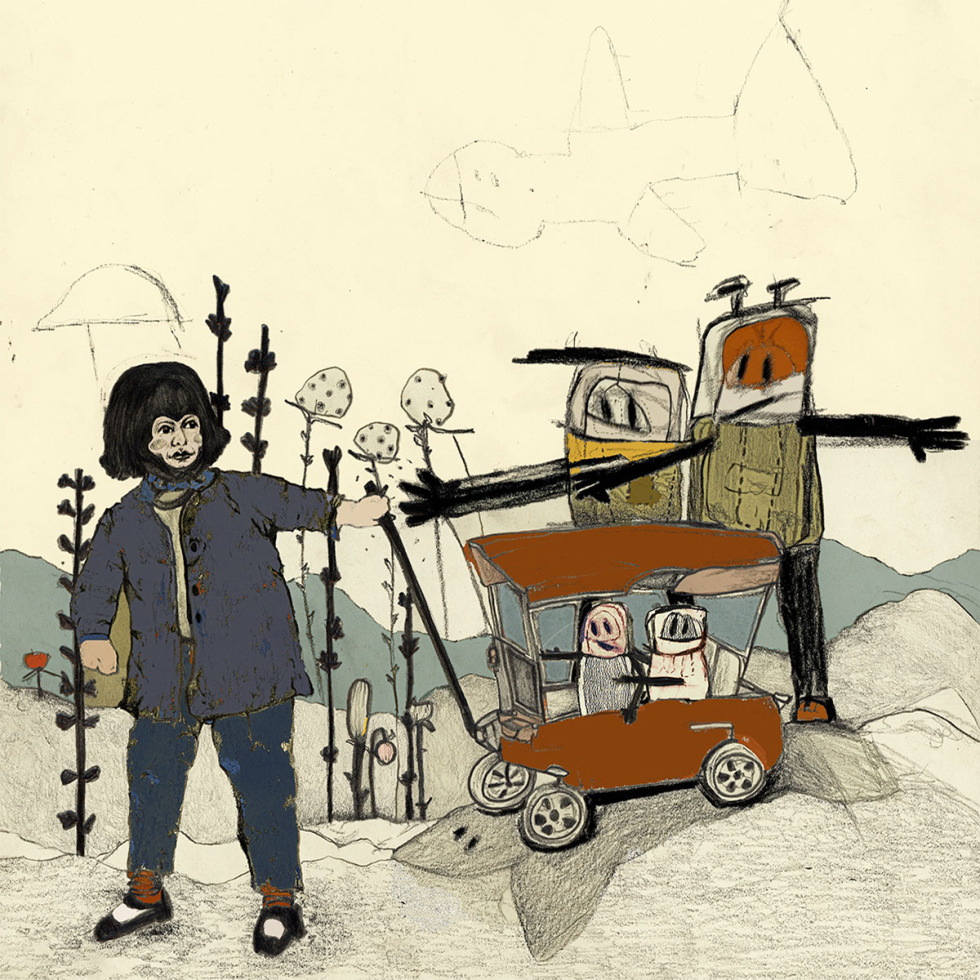 Girlpool is a Los Angeles indie-rock duo consisting of the guitar work of Cleo Tucker, Harmony Tividad on bass and the vocal harmonies of both members. Powerplant is their second release, after a two-year break following their critically acclaimed eponymous EP and their excellent first album Before The World Was Big.

The chosen album art for Powerplant is almost a visual indication of Girlpool’s transition, as it features a mishmash of drawings and art styles. The album is a deviation from the instrumentation of their previous work, featuring drums, instead of just guitar and bass, for the first time. The childlike simplicity that distinguishes Girlpool from other bands remains, yet they carefully draw upon indie-rock convention to create a more refined body of work.

We see this evolution in the lead single ‘123’. What was once understood as the barebones, drum-less duo of Tucker and Tividad introduces their album with a track unfolds into an emotional indie folk ballad. The song starts off with Girlpool’s notable lullaby vocals, and kicks off into casual display of dismay with a toxic relationship. The toxicity of the relationship is strongly conveyed in the line “While the moth doesn’t talk but in the dress the holes you saw” implying a silent disruption of one’s being, the damage is apparent but is to be discovered at a latter point.

‘Corner Store’ also plays on a similar structure, beginning with a playful prose, and breaks into shredded distortion, the track is confined to a duration of just under two minutes. In fact, the average running time of a track is no longer than 2 minutes and 30 seconds, and Powerplant as a whole is a succinct 28 minutes. Yet the turbulent instrumentation and structure of the songs across the album never allow the listener to feel sold short, as they a drawn into the appeal of Girlpool’s experimentation.

‘She Goes By’ is another standout track, with a flurry of electric guitar in which both vocalists harmonise over. ‘It Gets More Blue’ is a playful tale of pessimism, the breathy delivery of “I read the book/I drank the chains/I made you look/And I’m still here” conveys a general displeasure towards life, the overall theme of the lyrical prose is effort, and how much is required. The girl’s sing “You’ll build him a tower, he’ll burn you a bridge” a cautionary phrase, describing the hardships of intimacy. This track showcases Girlpool’s ability to confine powerful implicit messages into simple, emotively delivered lyrics.

The refinement of Girlpool’s work on Powerplant distinguishes them from the realm of lo-fi Bandcamp musicians like Sales and draws them closer into the territory of their indie rock predecessors, like Karen O and The Moldy Peaches. (8/10) (Benita Barden)

Listen to Powerplant here via Spotify, and tell us what you think below!