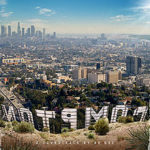 When his former colleague Ice Cube dropped the news at the end of July that Dr. Dre was imminently going to release a new album, the internet promptly lost its shit. Having done so much to sculpt the sound of hip-hop as we know it today – through N.W.A.’s Straight Outta Compton in 1989, which provided the genre’s Sex Pistols moment, his solo debut The Chronic in 1992, and the discovery of Eminem and Kendrick Lamar – Dre’s spent 16 years crafting his third album Detox, the successor to 2001. Such a huge gestation period, with only a couple of sterile singles to tide us over, had raised expectations to the point that it was going to take a superhuman to deliver upon them. But not only did the new record turn out to be Compton (sub-titled A Soundtrack By Dr. Dre), he announced a few days later that Detox had been dropped altogether. Given the consistently high standards that Dre expects of his protégés and what he had to say about it (“The record, it just wasn’t good. I worked my ass off on it, and I don’t think I did a good enough job.”), it’s probably for the best that we’re not going to hear it.

So, Detox is dead – long live Compton. Dre’s billed it as his ‘grand finale’, so the question to ask is: after the shock of its surprise release has been forgotten, will it be seen as a fitting end to his recording career? Thematically, Compton is ideal, with the music supposedly inspired by the N.W.A. biopic ‘Straight Outta Compton’ which is due for release any day now, so it’s easy to see this album as a chance for Dre to bookend his legacy, explicitly linking the present to the past, his 23 year old, up-and-coming former self to the 50 year old billionaire he is in 2015.

Which brings us to the misogynist controversy around Compton, one pointed out by many: let’s first acknowledge the clumsiness of the murder skit at the end of ‘Loose Cannons’, a compelling meltdown of a track spoilt by the imagined killing of a prostitute in its final minute. Quite why he choose to include it is inexplicable except as a nod to N.W.A.’s notoriously gross second album Efil4Zaggin, an album studded with such grotesque flights of fantasy. The same goes for Eminem’s rape lyric in ‘Medicine Man’ (“I even make the bitches I rape cum”), which completely sours a great rant in which he ratchets up the tension. As inexcusable as these moments are, they’re fleeting and few and far between, and need not detract from the communal qualities of the album, both on and off the actual music (Dre’s donating the royalties from Compton to fund a performing arts centre in his underprivileged home town).

For Compton is no procession, no victory lap atop a golden throne carried by a cast of toadying protégés that such a project could risk end up becoming. Dre has indeed surrounded himself with his apprentices both past and present, ranging from veterans like Snoop Dogg and Eminem, new stars like Kendrick Lamar to emerging ones like Justus and Anderson.Paak, but they’re not there just to kiss his ass, emerging from the shadows for a verse before slinking back just as obsequiously. Often, Dre plays the support act and lets them have the spotlight. In this respect, Compton really is a collaborative effort, but one that lets Dre emphasise the mentor role he’s played to so many without ever really stating that explicitly (except when he drops “I’m the one to breed ‘em and lead ‘em”). Musically, he constructs the record in the same way he always has, with carefully selected and treated samples backed up by live musicians filling in the deep, booming low-end of the mix. This lends it a timeless quality that’s subtly removed from the modern era, that sounds like it could have come from anywhere between 2015 to 1992, with only hints of trap and AutoTune giving away its age.

The spoken word intro tees up Compton, with a commentator outlining the economic and demographic shift of the city from black middle class aspirational zone to inner city overspill, before first proper track ‘Talk About It’ pushes it aside with sparse, modern hip-hop sounds. Dre overlays it with some generic narrative framing sentiments about “one day I’m gonna have everything”, and for the most part he keeps his lyrics reflective but much more specific than that. Kendrick Lamar emerges on third track ‘Genocide’, discussing the tough environs of the city he grew up in 20 years after Dre (“not gonna end up another statistic”), in one of two album highlights he participates in (more on that later…). On ‘It’s All On Me’, Dre makes a double-edged brag about his story and his good fortune over a brittle piece of funk. Snoop Dogg sounds charged up in a way that even his biggest supporters can’t deny that he hasn’t sounded in at least 15 years on ‘Satisfiction’; poignantly, even former brother-in-arms Ice Cube shows up for ‘Issues’ that gives us a pretty accurate depiction of what N.W.A. might have sounded like now (but for the recriminations and fall-outs). Even ‘All In A Day’s Work’ sees him still saying “fuck tha police”, 26 years later.

Another aspect of note is explicitly political bent that Dre adopts at times, one that makes Compton truly belong in 2015. ‘Deep Water’, the other Kendrick hook-up, is the social conscience of the record, plugging straight into the rage over police fatalities, referencing the killings of Michael Brown (“blood on the cement / black folks grieving”) and Eric Garner (“I can’t breathe, I can’t breathe”). For fans of rap beefs, some have read ‘Deep Water’ secondarily as a take-down of Drake, with Kendrick dropping a handful of the Canadian’s song titles in his lyrics (like “started from the bottom”). On the low-slung DJ Premier collaboration ‘Animals’, he also gets intensely autobiographical, and his story can’t help but bleed into the political. Granted, lyrics such as “anybody complaining about their circumstances lost me, homie” don’t quite chime with the sentiments of “I’m a product of the system / raised on government aid”, but it all fits into the narrative undercurrents of the record. No tracks are phoned in or lazy, and even if not all of them are top drawer, A-grade material, they resonate with an energy and insight that belies its creator’s years.

After the body of the album has passed, with its feeling of community and generational respect often resembling a full-cast arena rock encore, it’s fitting that Dre has the closing track ‘Talking To My Diary’ all to himself. Underscored with the booming bass that characterised his glory days, it’s reassuringly old-fashioned and timeless, with some grand trumpets underscoring the sentiment of a rap great signing off for good. Aside from the couple of lyrical misfires, Compton is much better more modern than the sound of a 50 year old billionaire reminiscing about the past ought to be. This is because Dre handles the themes with clarity, humility and a lack of ego, once you’ve discounted the braggadocio that comes with the territory of an awful lot of West Coast rap. If this really does turn out to be the last thing we ever hear from him – Detox could be somehow resurrected if demand were big enough, however ill-advised that might be – it’s a great way to bow out. (8/10)

Apple Music is the only place you can hear Compton – for now.