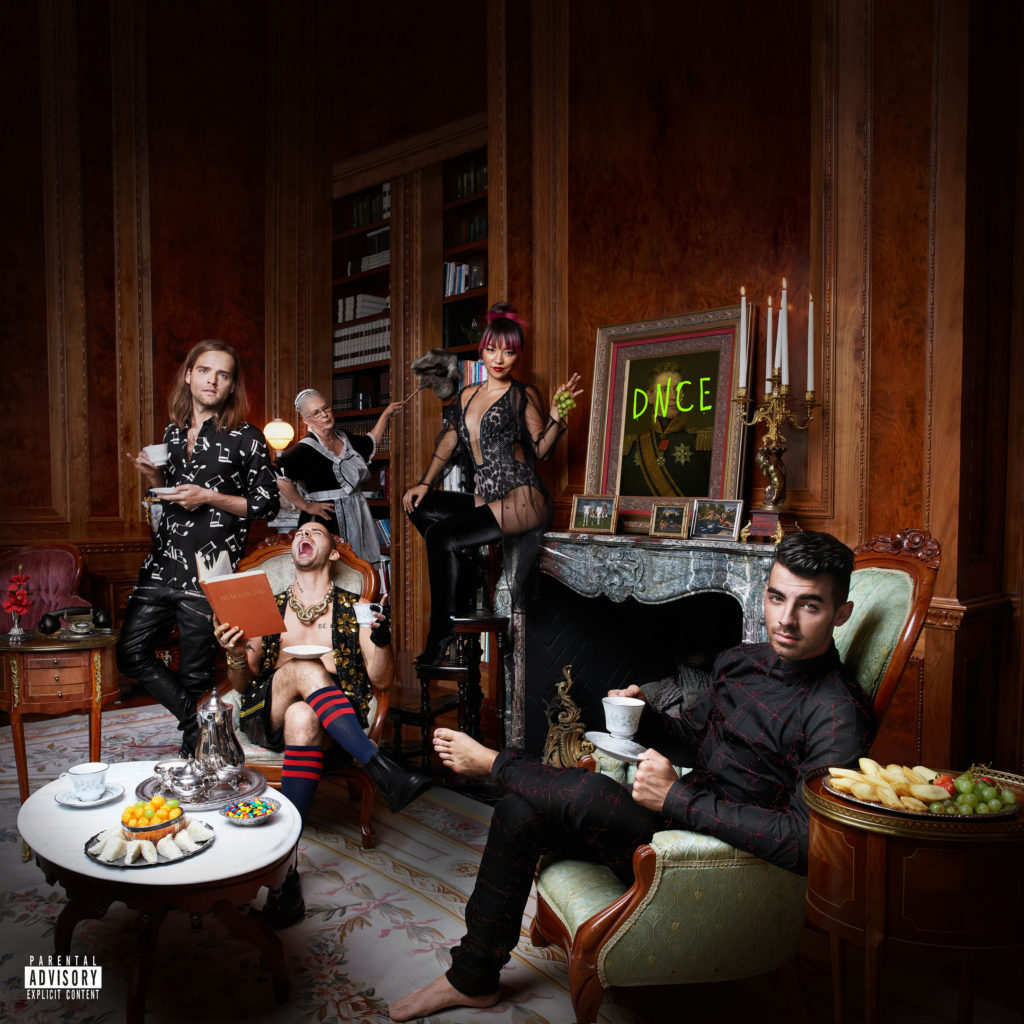 DNCE’s eponymous debut will definitely surprise the most sceptical listeners

Joe Jonas might have been written off by some people after his career with the Jonas Brothers came to an end, but the former Disney Channel star proved to be capable of growing into his own skin. DNCE is a four-piece band assembled in the summer of 2015, with Jonas as the frontman, Cole Whittle on bass and keys, JinJoo on guitar, and Jack Lawless on drums. Before releasing their first LP the band managed to win an MTV Video Music Award for “Best New Artist” and record a very successful single ‘Cake By The Ocean’.

DNCE’s eponymous debut will definitely surprise the most sceptical listeners, as well as those who had absolutely no idea of what to expect. DNCE can be described in just one word – fun. It’s an album that doesn’t strive for perfection, nor is it overly ambitious, but has a great balance of pop, funk, and those quirky songs that make you want to stop caring and throw some crazy shapes in the middle of the dancefloor. The opening title-track perfectly embodies the spirit of the band and straight away tells you to “Don’t Fight the Feeling” and “D-N-C-E, Dance”.

Even though there are some less convincing moments on the album, such as ‘Almost’, a guitar-driven ballad, or mid-tempo ‘Zoom’ that drifts away from the album’s funk-flavoured sound considerably, the entire record is full of very entertaining and enjoyable material. ‘Doctor You’ is one of those tunes that take you back to the 80s and delivers one of the most memorable hooks on the record, coming close to the super catchy chorus on ‘Be Mean’. ‘Truthfully’, cute and innocent, could perfectly fit Jonas’s old repertoire, while he was still touring with his brothers. Before DNCE changed gears once again by the end of their journey, closing the record with songs that should definitely be included in their live performances. ‘Pay My Rent’ is as energetic as a song can be, whereas ‘Unsweet’ has a fresh sound, that the band will hopefully be able to develop in their future endeavours.

One major drawback of DNCE is its length – if the band had decided not to include some of the weaker songs on the LP, their debut would come out even stronger than it already has. At the same time, considering DNCE’s current success and their frivolous approach to the whole concept of making music, it would be fair to say that their true potential is still to be developed. (7/10) (Alicja Rutkowska)