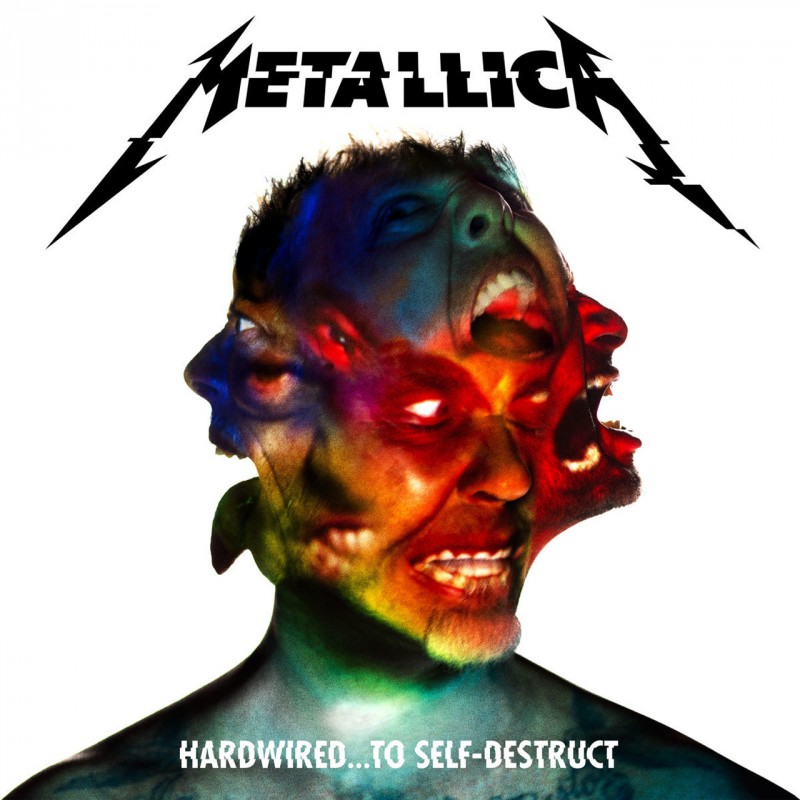 It has been 8 long years since the release of Death Magnetic, an album which signified the huge comeback it needed to be after the negatively received St. Anger, an album that saw Metallica reminiscing their old thrash beginnings. For the past 8 years, Metallica have experienced both greatness and criticism; from Lulu, the widely discredited album collaboration with the late Lou Reed (may he rest in peace), to their Rock and Roll Hall of Fame induction, performing at Glastonbury for the first time, being the first band to perform in Antarctica (hence all seven continents) and even releasing their own movie, Metallica certainly have not been hibernating. All of this has led up to their highly-anticipated tenth album Hardwired…To Self-Destruct.

Hardwired…To Self-Destruct is Metallica’s second longest album, one behind Load, providing listeners with just over 75 minutes of non-stop headbanging material. It is also Metallica’s first album to be released as a double LP and to feature no songwriting credit for Kirk Hammett. The first glimpse of this new album was the single ‘Hardwired’, a short, sweet, and immensely quick three-minute blast. Whilst ‘Hardwired’ is a great album opener, that is all it merely seems to be and the lyrics leave nothing to be desired. Although James Hetfield recently said that the lyrics are “not Shakespeare, I know that”. The second glimpse was ‘Moth Into Flame’, composed using the classic Metallica formula and is one of the best songs on the album which is likely to become a live staple for future concerts. It also has one of the best intros to any song that Metallica has ever been written plus a chorus with catchy lyrics ‘Sold your soul / Built a higher wall / Yesterday / Now you’re thrown away’. The third and final glimpse of the new album came from ‘Atlas, Rise!’ which mainly consists of power chord slides, similar vein to that of ‘Master Of Puppets’, which help drive the song and keep the listener infused and intrigued.

If ‘Sad But True’ from The Black Album and ‘The Thing That Should Not Be’ from Master Of Puppets had a baby, you would get ‘Dream No More’. Featuring a slow tempo along with thick, crunchy bass and guitar tones, Metallica do a fantastic job of not overshadowing the songs mentioned and only James Hetfield’s powerful vocals could suit the eerie nature of this song, particularly when he bellows ‘You turn / To stone’. The album highlight has to go to ‘Halo On Fire’. This song describes the battle of light and dark or good and evil that lives within people (‘I fear to turn the light / For the darkness won’t go away’) sums this up perfectly. ‘Halo On Fire’ also has the definitive album moment when, at the 6-minute mark, the listener is subjected to a heartfelt key change that does not fail to give goosebumps. With gloomy melodies as well as other memorable guitar parts and licks, ‘Halo On Fire’ brings out the best in Metallica’s latest offering.

The second half the album feels just as pungent and full-of-life as the first. The song subjects are also deeper in meaning than those in the first half. There’s the biblical ‘ManUNkind’, the only song to feature a songwriting credit from Robert Trujillo, that initiates with a highly emotional bassline and then Metallica’s groovy side, which is something not heard very often, is unleashed. The most thought-provoking song on this album has to be ‘Here Comes The Revenge’. Inspired by a couple who lost their daughter, a huge Metallica fan, after she was killed by a drunk driver, this song deals with the feeling of wanting revenge but knowing it can never truly be the right thing to want. The lyrics that really hit the listener are ‘Man has made me oh so strong / Blurring lines of right and wrong’. Then there’s ‘Murder One’, a tribute to the legendary Lemmy Kilmister, where the song title is named after the rock and metal icon’s favourite amp. Metallica have said many times that without Lemmy and Motörhead, they would’ve probably never existed in the first place and ‘Murder One’ portrays the band’s idolising love for him tremendously.

The first half of Hardwired…To Self-Destruct is all about the music whilst the second half is lyrically breath-taking. Although Kirk Hammett and Robert Trujillo have not had a real chance to present their ideas on the new album, there has been a magical songwriting chemistry between James Hetfield and Lars Ulrich. This is a Metallica album not dominated by the blood-pumping riffs or by Kirk Hammett’s shredding solos but by the ingenuity of the stories and ideas that have been woven in. This album more than lives up to Death Magnetic and after 8 long years, Metallica have returned still firing on all cylinders. (8/10) (Harry Benyon)

But what did you at home think? Let us know here and listen below.