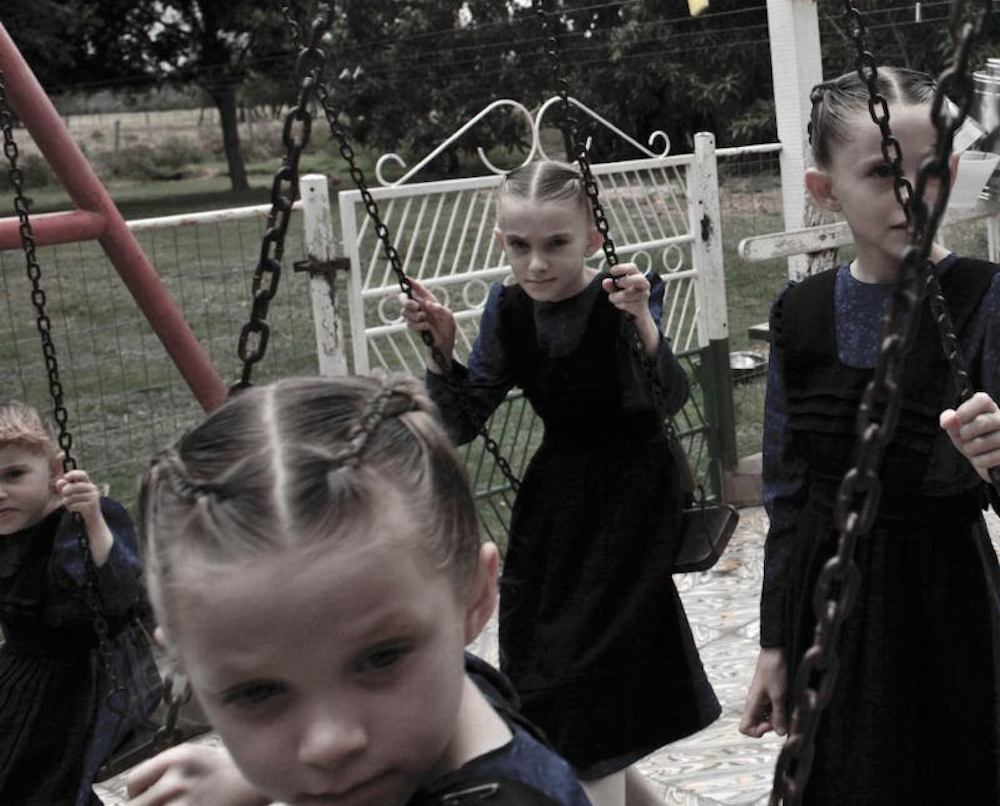 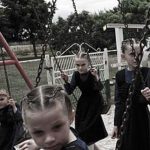 In 2006, producer Ethan Kath formed Crystal Castles by teaming up with Alice Glass, who quickly became one of the most iconic frontpersons of the last ten years. Demonically throwing herself round the stage, Glass became a figurehead, a living vessel for the violent and abrasive music that Kath produced. Unfortunately, much like the music that the two created, the ending of Glass’ time in the project was a cold and tense affair; Glass made claims of Kath being “manipulative”, while Kath dismissed the contribution she had made to the group.

Now, two years since Glass left Crystal Castles and four years since the release of (III), Kath has himself a replacement in Edith Frances and her role is the same as Glass: assist in the making of confrontational electronic music, but, most importantly, this is something she does well. Amnesty (I) begins with a reversed sample of ‘Smells Like Teen Spirit’ from the Scala and Kolacny choir and it serves as an intriguing introduction to the album; the snares sound dark and the choral vocal envelops the tracks and gives a wintery sound – Amnesty may have been released in mid-August, but it is an album designed for the dead of a winter’s night.

Then comes the one-two of ‘Fleece’ and ‘Char’ and with it comes everything that one needs to know about the record. The former attacks you with the incomprehensible vocal of Frances providing the typically disorientating sensation behind one of Kath’s more ferocious beats; it’s an unmitigated success and the fact it is one of three tracks to be credited to Frances perhaps shows the potential for future greatness. While the latter is a timid and soothing affair to contextualise the preceding madness, it’s cathartic and shows a tone not seen oft in Crystal Castles’ music previously.

‘Concrete’ evokes textures similar to The Knife’s Silent Shout, while ‘Chloroform’ is Kath’s attempt at making left-field hip-hop beats that wouldn’t go amiss in the work of Hudson Mohawke or Danny Brown. What makes the track interesting is the humanity brought into the track by the vulnerable vocal of Frances. There are times where the tracks feel too similar to what we’ve heard previously –‘Sadist’ is too similar to ‘Fleece’. Likewise ‘Enth’ feels follows a similar pattern to ‘Char’ in its opening stages before erupting into an Alice Glass knock-off in one of Frances’ weaker vocal efforts.

Amnesty (I) is the work of a unique and talented producer searching for the ‘eureka’ moment he had on (III). On the whole, the LP has enough promise to get excited for future Crystal Castles releases as Frances offers the necessary similarities to Glass whilst adding her own tonal strengths into the mix which, in future, should allow for Kath to experiment. For now, we have a good album from an ever-interesting project, whether that will develop to heights reached previously remains to be seen however as the debate between ‘who represents CC more: Kath or Glass?’ rages on. (7/10)

Listen to Amnesty (I) here via Spotify, and tell us what you think below!